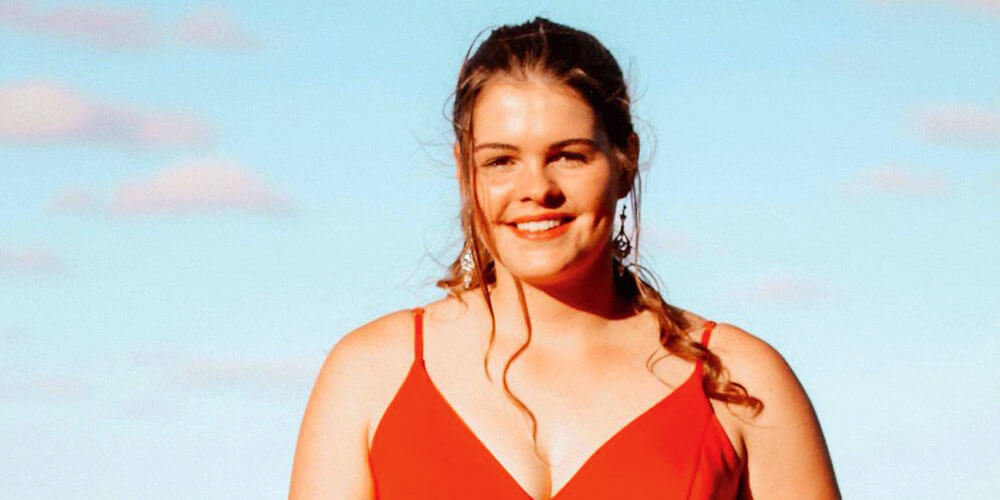 Maleny man River Stanley is reaching out in gratitude to the Sunshine Coast community after the death of his daughter Serena on January 28 to thank people for their “overwhelming” support of his family in the aftermath of the sudden tragedy.

Family friend Bernie Gilmour set up a Go Fund Me page which has raised over $43,000, and emotional support continues to flow.

“We want to thank not just the Maleny community but the whole Sunshine Coast community,” Mr Stanley says.

“The big message my boys and Serena’s mother have talked about is how grateful we are. They’ll never know how much it has meant to us, the financial support, the physical support, the emotional support – it’s just incredible.

“Our place has been overflowing with food people have made for us. Everyone has been incredible with their support and love and their honouring of Serena.”

The 17-year-old Maleny girl died from head injuries after a horse she was training at a stud outside Melbourne was spooked and threw her off. She had embarked on the new job as an au pair and horse trainer only a week earlier.

Serena was a vibrant, kind-hearted and ambitious young woman who was well-known and loved in Maleny, where she grew up, as well as in the horseriding community and sporting associations she was involved with across the Sunshine Coast and in regional Queensland.

About 1000 people wearing blue, Serena’s favourite colour, gathered at the Maleny and District Horse and Pony Club at Maleny Showgrounds on Sunday, February 4 to remember her – a fitting venue as she spent much of her time there and won many awards at a state level in showjumping for the club.

She was the Interschool National Champion in Showjumping in 2015 and was also a keen AFL player.

“AFL was her next big passion,” Mr Stanley says. “She had made the Sunshine Coast school sports team a couple of years ago and at the state final she tore her ACL, and that put a stop to all her sport for 12 months and horseriding for six months. That changed her thinking and she decided to go to Emerald to the agricultural college.”

While Serena was completing her Year 12 studies in Emerald last year, Mr Stanley took a teaching job and joined her there, a time he treasures immensely.

“I got to be a part of her life in Emerald and all the things she was involved in up there,” he says.

“I got to see the friendship groups she had made up there and just be a part of her everyday life. Everywhere she went, she just endeared herself to people.”

From Emerald, she went to Narrabri, where she encountered a kindred spirit.

“She spent three weeks there before coming home for Christmas. He was dumbfounded [by her death] and said in his 80 years, he’s never had anyone who understood horses like she did.”

Mr Stanley says Serena had always hoped her future would involve horses and had dreamt of competing in showjumping at the Olympics. When the job came along at Broadford, an hour north of Melbourne, it was a big step towards realising her dreams.

“She’d only been there eight days,” Mr Stanely says. “I wanted to take her to the interview but she said it was something she wanted to do on her own and it was important. We spoke every day and she was very happy and safe and it was all good.

“She had to take a 10-year-old boy to school about 30 kilometres away, pick him up and give him riding lessons.

“During the day she was doing the training and riding the horses. She was very excited to be there, they were good people and they were just thrilled with her and devastated at the outcome.

“While she was there, she got a job in the States to work at a ranch in San Francisco and was going there in June. She was really looking forward to it.”

While Serena’s parents are separated, she remained close to her mother Sandy and her two brothers, who she shared a wonderful rapport with. The devastated family is spending time together in Maleny grieving and attempting to process life without their shining light, Serena.

In his moving eulogy to his daughter, Mr Stanley described Serena as a fun, adventurous, free-spirited and kind girl who always saw the good in others.

“In a horse competition, whether she won or lost, she would always pat her horses and thank them for their efforts. She could have the worst ride and would pat her horse and thank him. She’d say it wasn’t his fault.

“I was always so proud of her. I will miss my little girl so, so much but I will always be proud of her beautiful qualities.

“I’ve started a gratitude journal to make sure every day I find something to be grateful for. I’ve encouraged everyone to do the same.

“It doesn’t matter what you’re grateful for, it could be a delicious apple, but find something every day. Serena always tried to be positive and this will be my way of honouring my girl.”

Serena Stanley’s Go Fund Me page will be active until the end of February. To donate visit gofundme.com/SerenaStanley.

Keeping Aussie hearts ticking
The truth is out there