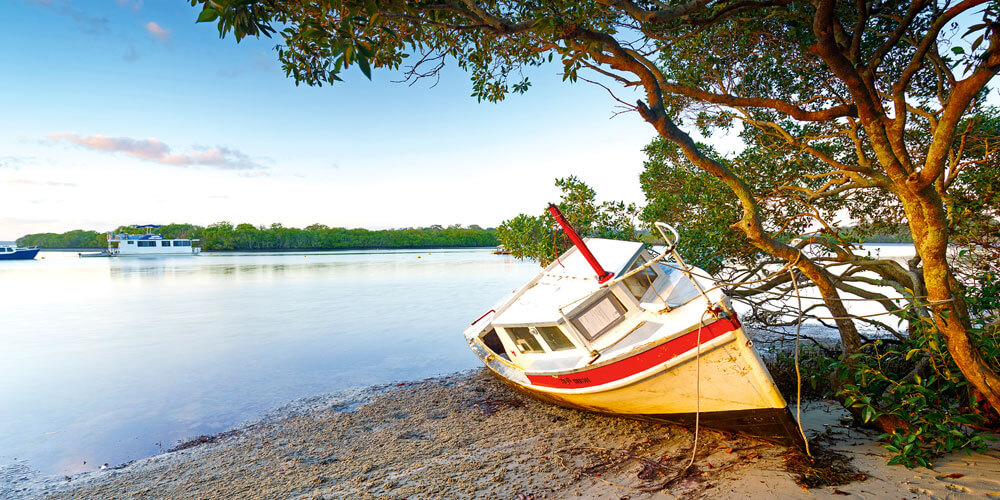 Innovative technology, recycled shells and around 25,000 live oysters have combined to provide a glimmer of hope that the once magnificent shellfish beds of Pumicestone Passage can be resurrected.

After over-harvesting and disease rendered the shellfish populations in the Passage functionally extinct, a collaboration between traditional owners, all levels of government, community organisations, industry and water utilities formed to undertake the Pumicestone Shellfish Habitat Restoration Project.

The project’s aim is to enhance marine biodiversity and fish stocks and boost shellfish populations in areas where they used to thrive, and ultimately improve water quality in Moreton Bay.

It’s a project that Sunshine Coast Council has watched closely and  it has attracted much interest for a number of reasons, including its involvement of traditional owners, the community oyster-gardening and the use for the first time in Australia of BESE-Elements (Biodegradable EcoSystems Engineering) technology.

The biopolymer product, which uses potato starch by-product of the potato chip industry, was developed in the Netherlands.

It’s been used to build a matrix which has a life expectancy of about five years, providing the perfect structure for shellfish to establish while allowing small fish to swim through and find protection.

Healthy Land and Water coastal catchments northern area manager and regional Landcare facilitator Susie Chapman says the BESE frame was assembled by family members of the Joondaburri Trust and Kabi Kabi First Nations, who have been integral members of the project advisory group.

They were installed in one-hectare area off Kakadu Beach on December 12, marked by a yellow illuminated Special Mark buoy.

Boaties are encouraged not to anchor in the area as the biopolymer reefs can be damaged. However, they can drift and fish.

Also deployed, were reefs made of steel cages filled with dead and live shells and patch reefs that simulate natural subtidal reef structure.

These will all be monitored by a USC marine science team to see which of the reefs is the most successful at enhancing marine biodiversity and attracting fish.

The team will also capture fish diversity across the Passage as part of a fish mapping program through Healthy Land and Water.

Ms Chapman says the installation last month was the result of almost three decades of advocacy and consultation, with the past 18 months dedicated to building the case and seeking approvals from several government agencies.“This project was one of the first to seek approval in Queensland, so we were all learning together with the state agencies.

“Firstly we had to establish it was a restoration exercise and healthy shellfish populations existed historically in the area.

“We had to ensure the conditions of flow and water quality would support healthy shellfish populations and not be covered in sediment, and also work with the fact the Passage is a high-risk navigation zone.”

The first was the establishment of a shellfish recycling facility at the Ningi Transfer Station, allowing restaurateurs, fishmongers and community members to dump their shells to be washed and sterilised for use as structures in the restoration reefs.

The second was another Australian first and involved Bribie Island canal residents hanging bags of shellfish, both dead and alive, from their pontoons to encourage them to recruit and expand in number.

More than 25,000 live shells were recruited through this process, all of which went into the reefs to kick-start restoration.

To find out more visit hlw.org.au.