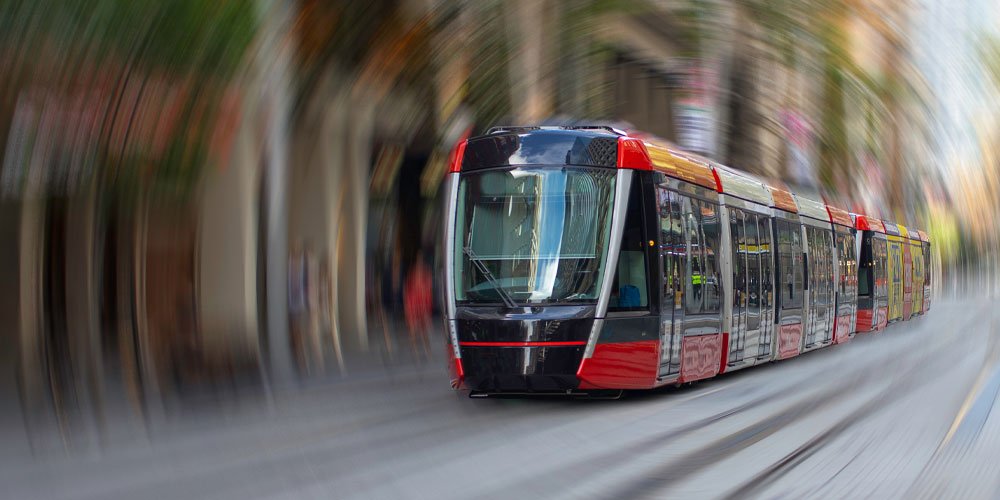 The 7000-strong community group, The Beach Matters, believes a smart, cost-effective and swift solution to the Sunshine Coast’s growing traffic woes could be hidden in plain sight.

The group, which has an array of prominent members from former deputy prime minister and treasurer Wayne Swan to developer Mal Pratt, surf legend Hayden Kenny and bestselling author and book producer Rachael Bermingham, has lodged its submission on the future of transport in the region.

This was in response to Sunshine Coast Council’s Options Analysis Paper for a mass transit system, which investigates five options from Maroochydore to Birtinya, including buses, road upgrades, light rail and trams. The public consultation period ended June 22.

In its submission, The Beach Matters Group called for a new look at an old resource – the Caboolture to Maroochydore Corridor Study (CAMCOS) land, which has been sitting dormant since the late 1990s.

The State Government completed countless studies and resumed properties for a promised rail link between Beerwah and Sunshine Coast Airport, with stations at Pelican Waters, Caloundra, Aroona, Kawana, Parrearra, Mooloolaba and Maroochydore. This never eventuated and there was no funding for the project.

The Beach Matters Group, however, wants the unused corridor to be included as one of the “major spines’’ of a new environmentally friendly electric, hydro or solar bus network.

It wants a broader bus network to “connect all our communities and ease congestion in all of our towns, not just along the coastal corridor”.

The group says putting more infrastructure, such as light rail, and more people along the Nicklin Way/Brisbane Rd/Alex stretch doesn’t solve the issues.

“Introducing the CAMCOS is clever. State Government has already resumed properties and it’s been sitting there idle,’’ the submission says.

“If we use that route to get people moving between Caloundra to the Maroochydore CBD via Kawana Way, then we can disperse destination and thoroughfare traffic. There is less disruption on the community, businesses and traffic along the coast corridor and we’re not adding even more weight to that one route, we’re distributing it and giving residents another faster alternative to get between Caloundra and Maroochydore.

“Internally within the Sunshine Coast we need two main routes – destinational traffic along the coastal corridor (Nicklin Way/Brisbane Road/Alex Parade) for those specifically going to these places, and thoroughfare traffic along the western urban corridor of the CAMCOS via Kawana Way into Mountain Creek/CBD for those commuting between Caloundra, the hospital, and the Maroochy CBD.

“The CAMCOS line would have limited stops to ensure our preferred transport option being enviro buses could deliver commuters quickly from Caloundra to Maroochydore and eventually to the airport as well.’’

Free school/university travel “to inspire and encourage us to grow up with a much better public transport mindset and relationship,” is also called for in the group’s proposal.

“We need to begin changing the way we think about public transport at grassroots level. Having free school transport will reduce congestion around every school in the region and the angst that every parent feels trying to get to and from school or find a car park.”

Colour-coded smaller enviro buses running from two Park ’n’ Go facilities on the CAMCOS at Caloundra and the Maroochy CBD to shopping centres, environmental areas like Mount Coolum, the hinterland and the beach are also advised.

“The beach is our greatest economic drawcard, but we don’t make it easy on visitors coming to the area to get to it and enjoy it.”

President of The Beach Matters, Rachael Bermingham, says having a facility visitors can park their car at for the day and take a free hop-on hop-off beach bus that stopped at each patrolled beach from Mooloolaba Spit to Cotton Tree will not only help residents and visitors get to the beach and swim safely, it will reduce cars in these areas.

“We would like to see enviro buses introduced — electric/hydro/solar options are fabulous for our environment, quieter, flexible — they go where there is demand, and merge well with the character of the Sunshine Coast,’’ Ms Bermingham says.

“An enviro bus network can grow with us and help ease congestion in all regions, not just a 13-kilometre stretch. It would not dominate or damage our landscape like light rail would, and can move into the future, adapting to autonomous/on call/Uber-style options, and can be rolled out faster and cost less than light rail, with minimal impact on community and businesses.’’

The Beach Matters Group’s option was not among the council’s options in the survey, however, it says there is widespread interest and approval from the community and groups, along with developers, businesses, beachgoers, high profile and political heavyweights.

The Sunshine Coast Council’s 300-plus page Options Analysis Paper details the “problems and solutions” to future traffic on the Coast, as well as scenarios for higher-density development along the transport corridor.

It highlights the need for a mass transit system to get people out of cars. The analysis includes nine options that were put to the public but shortlists five key mass transit transport solutions — ranging in price from $429 million to $1.553 billion — that have been analysed for their pros, cons and economics.

The council says it is undertaking the business case process to prove to the state and federal governments that this is a project worth investing in.

Subject to the council’s agreement, the finalised report will be sent to the state government for consideration and further assessment as the basis for the next phase – the Detailed Business Case.

The Sunshine Coast has the second-highest rate of private car ownership per capita of any local government area in Australia, second to Perth, according to the 2016 Census.

According to Sunshine Coast Council’s Community Profile website, shows that in 2016 2.3% of respondents used public transport, while 72.6% used a private vehicle, compared with 11.4% and 66.2% respectively in Greater Brisbane.

It is predicted that without an improved mass transport system, Sunshine Coast residents will continue their high car dependence leading to a 50% increase in private vehicle travel over the next 20 years. The council reports that for every 10 cars on the road now there will be at least another 5 cars by 2041, so the Sunshine Coast will become more known for its congested roads than its relaxed and friendly lifestyle.

Sunshine Coast Council Transport Portfolio Councillor Rick Baberowski says the CAMCOS corridor – regardless of whether it is used for its intended purpose of heavy rail, or the proposed bus corridor – is too far from population centres to provide a solution. He says to use this method of transport, travellers would have to park and ride, which in turn would create increased congestion on roads.

“By comparison, a local mass transit solution (in whatever form it takes) provides a suburb-to-suburb connection for residents living in the Sunshine Coast’s most heavily populated coastal area.  This will help take cars off the road, alleviate worsening congestion as the region continues to grow and help to preserve our lifestyle,’’ he tells My Weekly Preview.

“Any proposed mass transit system would operate as a hop-on hop-off service, a feature which will be greatly appreciated by the many visitors to our region as well.

“Council is – and always has been – of the view that both a rail solution on the CAMCOS Corridor and a local Mass Transit solution are needed if our Sunshine Coast community is to have the truly integrated and efficient public transport network it needs.

“In fact, the Mass Transit Options Analysis is about an integrated public transport solution for the Sunshine Coast, which includes rail on the CAMCOS corridor.

Cr Baberowski says even though the state government has put aside the unconstructed CAMCOS corridor as a heavy rail solution to connect the Coast to Brisbane, any request to transform it and construct it as a bus corridor should be presented to the government.

Continue Reading
You may also like...
Related Topics: public transport

The future is bright
No general rate increase