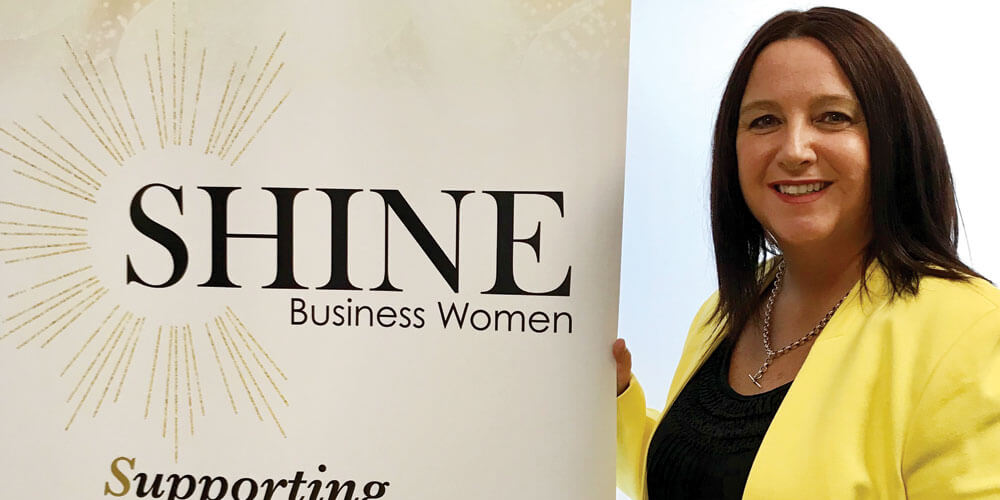 Ms Sparks says she conceived the idea of a group for established business women to engage in self-development, education, conversation and connection a few years before deciding to launch the concept.

Every week since March 8 last year, Ms Sparks has released a SHINE’ing The Spotlight story profiling a business woman, and these stories quickly became a popular component of her weekly newsletter circulated to SHINE members.

As part of the organisation’s first anniversary, Ms Sparks decided to compile the profiles and release the SHINE’ing The Spotlight book, which has 52 profiles ranging from celebrities to established business professionals, those working on start-ups and women working from home.

“They are from all walks of life and all levels of experience and that inspires and motivates everybody,” she says.

Featuring women from the Sunshine Coast, Australia, New Zealand and the UK, Ms Sparks says the book showcases how SHINE’s reach has gone global. The brand will officially launch in London, Birmingham and Edinburgh later this year, with plans to expand the conference and workshop offerings into New Zealand.

“It has been incredible how quickly SHINE has grown,” Ms Sparks says. “I thought I would be working on this a little bit behind the scenes, but it has ended up being full-on. People were ready for it.”

SHINE’ing The Spotlight will be launched on March 7 at the Maroochy Surf Club at 5.30pm. Ms Sparks will also host a panel including Michalle Faulkner, Kym Cousins, Natalie Tink and Angela Harrison.

Tickets are from $55 and include a drink, canapes and a signed copy of the book. Visit shinebusinesswomen.com/events/shinebook.

Taking it to the limit
Women stand up and speak out