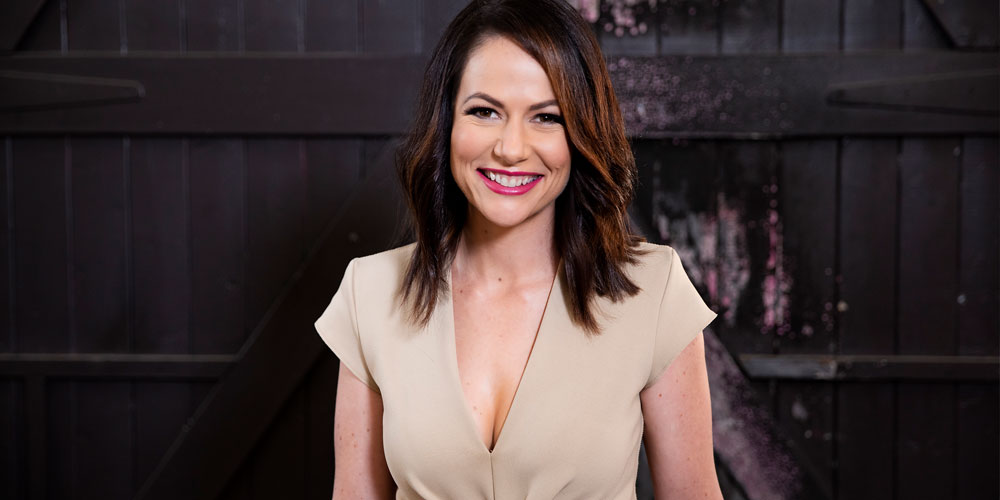 You know her as an award-winning journalist and competitor in this year’s I’m a Celebrity… Get Me Out of Here!, but Natasha Exelby has fought many private battles in her past.

As an ambassador for FearLess, Ms Exelby will share her harrowing story at the inaugural FearLess conference for the PTSD charity.

“From the age of 15, I had straight-up depression. I had a picture-perfect childhood but a chemical imbalance in my brain meant that I struggled,” she says. “My parents took me to basically every psychiatrist and psychologist under the sun for me to be well, but there were times where it nearly killed me

“When I was 31 years old, I had a nervous breakdown and had to go and live with my parents for three months. I wasn’t capable of coherently speaking with other people and stepping outside the front door seemed impossible. But bit by bit, I had to work my way up.

“When you get hit like that, it takes a long time to get up, but I am up. I’ve lived in six different cities including internationally and am working and living a normal and fantastic life.”

Ms Exelby admits that although she hates recalling those dark moments in her life, hearing others share their stories helped to give her the hope that she could get back up again. “Hearing them speak helped save my life,” she says. “If I can help someone by telling my story then it’s worth the pain for me.”

The FearLess conference will bring together the PTSD community, including those who are suffering this acute form of brain injury, their families, and the individuals and organisations that are providing assistance (whether that takes the form of medical treatment or social support) with a view to identifying what a national strategy for managing PTSD might look like.

As a correspondent to the Middle East, where she covered activities in the war zones, Ms Exelby says she has seen firsthand the effects of PTSD on everyone from civilians to military forces.

“Part of being a journalist is to meet some people on the worst day of their life and the trauma that causes in the many years following that can be more deadly than the event itself,” she says.

“We need to dispel the myth that PTSD is only experienced by war veterans, because it goes far beyond that and includes our emergency service teams, nurses and doctors in emergency wards, domestic and sexual violence victims among others.

“Some people that have PTSD don’t even realise it; they just think they are going crazy. They’ve actually got a brain injury, a trauma, and it needs to be medically treated.”

“PTSD touches all parts of society so we are thrilled to generate more discussion on this pervasive issue that affects so many Australians,” he says.

The three-day conference runs from August 21 to 23 at The Events Centre in Caloundra and will include an impressive line-up of speakers from the PTSD community.

The conference also includes a gala dinner in conversation with John Schumann, who is best known as the singer of the iconic I Was Only 19 on August 22 and a business breakfast the following morning, where business leaders, health professionals and community organisations can discuss opportunities for investment in projects that can provide PTSD sufferers with more effective support and services.

For all information and to secure your tickets, visit fearlessconference.org.au.

Continue Reading
You may also like...
Related Topics: Featured, Health