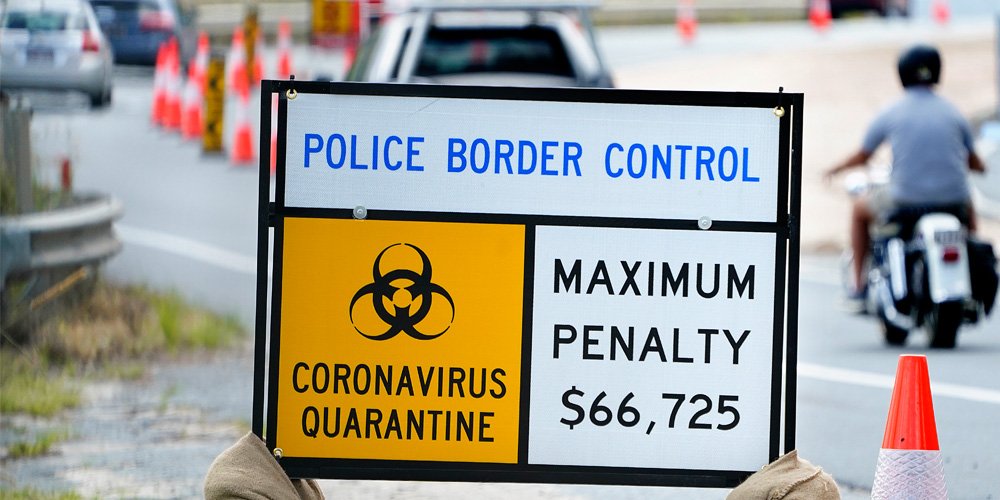 Meanwhile flag-carrier Qantas says it is preparing for an easing of travel restrictions, with hygiene and distancing measures to be rolled out from June 12.

Queensland has flagged border closures with southern states until at least September due to the coronavirus pandemic, prompting despair from tourism groups, while Western Australia and South Australia are also signalling borders will remain shut until the end of winter.

Senator Birmingham said states and territories should seek to reopen.

“Those states who’ve got border controls in place, assuming we’ve continued to see very low rates of transmission of COVID-19, ought to be looking at opening up their borders,” Senator Birmingham told the Nine Network on Tuesday.

Tourism – which employs one-in-13 Australians – has been one of the hardest-hit sectors as governments act to contain the spread of COVID-19.

Most tourism workers have been forced on to wage subsidies or the temporarily-boosted dole.

Qantas and Jetstar, however, say they are planning ahead for eased restrictions.

Qantas medical director Ian Hosegood on Tuesday said in a statement social distancing wasn’t practical on an aircraft and unnecessary given the low on-board transmission risk.

Pre-flight, passengers will be strongly encouraged to take advantage of contactless check-in via an app or online and the self-serve bag drop service.

On-board measures will include masks for all passengers and enhanced aircraft cleaning.

Service and catering will be simplified to minimise contact between passengers and crew, and passengers will be asked to limit their movement around the cabin once seated.

“We’re relying on the co-operation of passengers to help make these changes work for everyone’s benefit,” Qantas chief executive Alan Joyce said in a statement.

“We need people moving across this country again when it’s safe to do so,” he said.

The Queensland MP said Premier Annastacia Palaszczuk should not turn the borders into a parochial issue in the lead up to October’s state election.

“We shouldn’t put ourselves in cotton wool for too long because it’s only going to destroy much of the tourism sector,” Mr Littleproud told Sky News.

Continue Reading
You may also like...
Related Topics: coronavirus, covid-19

Qld schools ready to reopen amid COVID-19
Shining a light