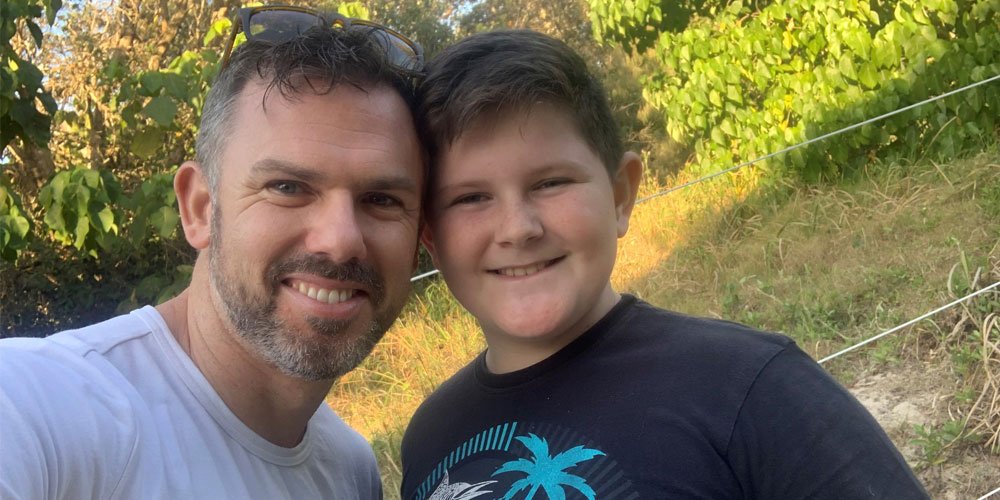 A schoolboy smiles inside a framed school photo. A caption reads: ‘Andrew: Thank you for being my friend and mentor. You are the best dad a guy could have. Love Cooper 2019.’ It’s a touching gift from the 11-year-old boy to Andrew Squires, who is not Cooper’s dad, but his mentor. Cooper has never known his dad and lives with his great-grandparents, who appreciate the three years Mr Squires has been mentoring Cooper through the Connect Community + Kids program.

Mr Squires is one of the volunteer board members for the Sunshine Coast organisation, which matches mentors with disadvantaged children so they can experience caring relationships and take part in the kinds of activities other children take for granted.

An area manager for small business banking with ANZ, Mr Squires is also a yoga teacher and was recently appointed to the Sunshine Coast Council’s Economic Resurgence Taskforce. The Buddina businessman enjoys giving his time in ways that benefit his local community. Before moving to the Sunshine Coast six years ago, he was a corporate partnership manager for The Smith Family.

“I left a successful role in banking and took on the role with The Smith Family because there was always a burning desire to go and work in the non-profit space and see if the skills I learnt in commercial fields could be deployed,” he says.

“I think I’m a wiser man for it. I spent 14 months there and it gave me the opportunity to understand how much disadvantage there is in Queensland and how much education transforms lives.

“If we can get kids through college and break the cycle through earning an income, it’s quite powerful.

“I’ve always had a passion to give back to the community. It’s a quality you have in you as a human. It’s also why I teach yoga and help people with mindfulness. Helping others fills my cup up, so to speak, and it aligns with my values and makes me a better human.”

Mr Squires says Connect Community + Kids is one of the newer charities on the Coast, but is fast gaining momentum. It has 48 active mentors working with local disadvantaged children and the goal is to reach 300 matches.

“It is just on the Sunshine Coast for now, but our intention is for it to go far and wide,” Mr Squires says. “That will require volunteers and also resources and money to do that. We’ve been running it on a shoestring with a voluntary board, including myself. We meet monthly and I run the mentor induction sessions and the mentor information nights.”

Becoming a mentor with Connect Community + Kids involves a commitment of two hours per fortnight for a period of 12 months, but Mr Squires found once his first year was up, he wanted to continue. He has now been Cooper’s mentor for three years and the positive effect of their connection has been noticed by Cooper’s teachers at Nambour Christian College.

“Initially we formed our relationship based on the common interests of fishing and soccer,” he says.

“Now we do a range of activities together. We might go to the cinema or the arcade, but it’s the non-monetary things you do with these kids that have the most profound impact. We go walking at Point Cartwright, climbing Mount Ninderry. We have time to engage and a lot of empowerment comes out of that.

“It can take a while to build up trust and rapport,” he adds. “But over time that bond builds and the openness builds. Cooper’s mum lives away and his grandmother lives in Caboolture. His dad has never been in the picture. His great-grandmother is so grateful she’s got someone who has a genuine interest in the future of her great-grandson.”

Mr Squires is hoping other men across the Sunshine Coast will follow his lead and mentor a disadvantaged child, as there is currently a shortage of male mentors.

“I’m sure there are guys out there who would have time to give back and it would be so good for them,” he says.

“At Connect Kids + Community, we really believe we can all work as one to break the cycle of disadvantage in the community.”

A Connect Community + Kids mentor information session will be held on Tuesday, July 28 in Maroochydore. RSVP via email at admin@connectkids.com.au or visit the Facebook page. For more information, call Jo on 1800 367 543.