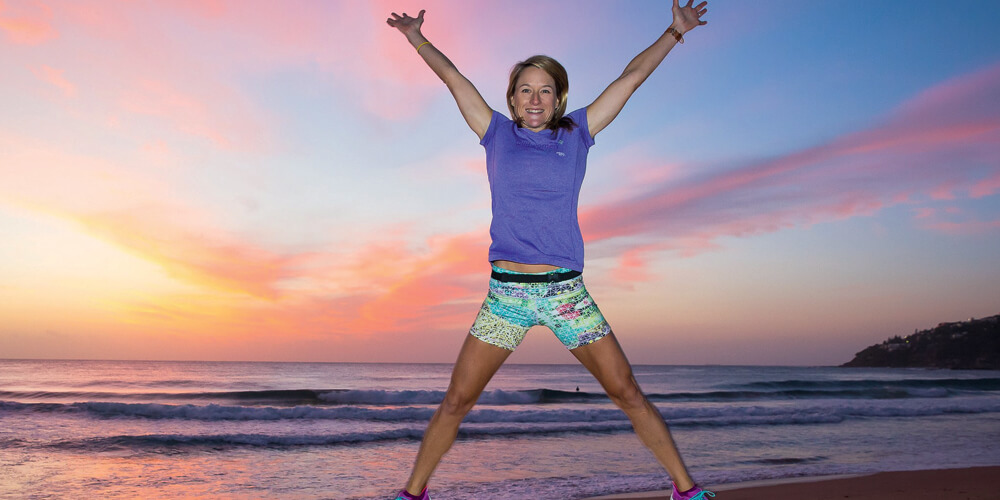 As part of Coastrek, thousands of people have walked to restore sight in Sydney and Melbourne. And this year, it is coming to the Sunshine Coast.

Wild Women on Top founder and Coastrek event director Lisa Marshall was instrumental in setting up the southern events as fundraisers for the Fred Hollows Foundation and says when they were looking to expand into Queensland, the Sunshine Coast ticked all of the boxes.

So much so, that she fell in love with the region while scouting out trek routes and has permanently moved from Sydney to Noosa.

“We always look for the most beautiful stretches of coastline for walking and the Sunshine Coast has long coastlines where there are beaches and coastal paths and easy access to both,” she says.

Around 1600 trekkers will be lacing up for the inaugural event on July 28, with 400 people taking on the gruelling 60-kilometre stretch from Dicky Beach to Noosa Woods. The beautiful natural scenery and a ride on the Luv Boat across the Mooloolah River will be among the highlights of the course, which teams have up to 18 hours to complete.

Teams taking on the 30-kilometre distance have up to 10 hours to walk from Mudjimba to also finish at Noosa Woods, which is located at the end of Hastings Street.

Marshall says participants are being supported with a 12-week training program to get them prepared for the event.
“Sand walking is a challenge and it’s good for your body because it is an uneven surface and you use a lot of the muscles you don’t use when walking on flat roads and pavement. But you need to condition your body to walk on that kind of surface. Luckily on the Coast when the tides are out, the sand is nice and flat and walkers won’t be on too much of a slope.

“This is a unique event in that 95 per cent of the participants are women, so there is a really charged energy as the teams line up at the start, with Gabi Hollows there to send them off and while the going does get tough along the way, there is that feeling of exhilaration when you the teams cross the finish line, often with their families waiting for them.”

Rosa Collins – who has signed up to walk the 60-kilometre trek with Nikki Saint, Roz Rasmussen and Emma Johnson – says their Powerlifers team has already raised $1400 and will host a bingo night at Blackwater Trading Company in Moffat Beach on July 20 at 6.30pm to boost the coffers.

“For me personally, [the trek] is a little bit of a challenge and it is also a charitable event and we know where the money is going – to help a foundation that is teaching people new skills and how to use those skills to benefit people in third world countries,” Collins says.

Five-hundred dollars, the minimum raised by each trekker, can fund eye screening camps for 200 people in Kenya or 150 students in Bangladesh and $2000, the minimum raised by each team, can fund training for an ophthalmic nurse in Laos or Cambodia, or for a basic eye doctor in China“I’m a runner, so I don’t usually walk, especially not those distances, but Nikki’s the hiker of the team and she’s going to pull us through,” Collins says.

Although registrations for walkers are closed, volunteers are still being sought to help with marking out the route and to man checkpoints.

To find out how you can help, visit coastrek.com.au and click on the volunteer tab.