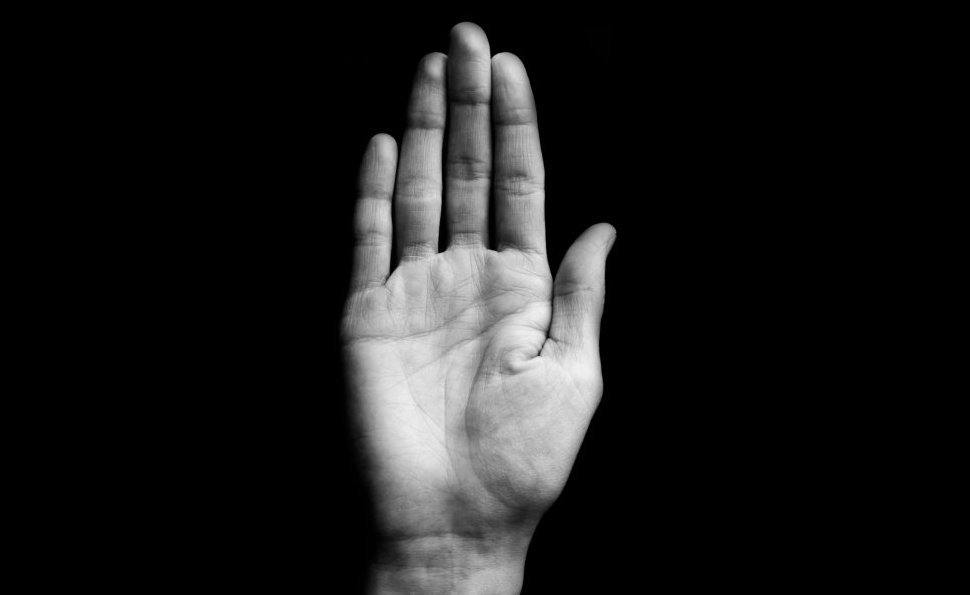 Cole Miller was 18 when he was struck down in the most cowardly way. The young man, like most teens embarking on adulthood, had dreams, hopes and aspirations.

The former Mooloolaba Surf Club lifesaver was a talented water polo player and  was tipped to follow in his older brother’s footsteps and compete at the Olympic Games.

Tragically, Mr Miller was not given the chance to become the man his family knew he could be.

Instead, he died in the Royal Brisbane and Women’s Hospital on Monday, January 4 last year, 24 hours after receiving a single, fatal punch to the back of the head while walking to a taxi rank with his best friend after a night out in Brisbane’s Fortitude Valley precinct.

The attack was instigated by Daniel Maxwell, who was out celebrating his 21st birthday.

The New Zealand national received an 18-month suspended sentence and was deported back to his home country.

The court heard that Mr Renata’s coward punch caused the teenage victim to fall and hit his head on the pavement.

Mr Miller suffered massive head injuries and brain trauma and his family made the heartbreaking decision to turn off his life support the following day.

Mr Renata was sentenced to seven years in prison and must serve 80 per cent of the time. Taking into account the time he has already served, he will be eligible for parole in four years.

On Friday, Queensland’s attorney-general Yvette D’Ath issued a statement announcing she is appealing against the sentence.

Mr Renata is the second person to be sentenced under Queensland’s one-punch laws, which carry a maximum penalty of life imprisonment.

The laws were introduced under the Safe Night Out Legislation Amendment Bill 2014 and form part of the Queensland Government’s Safe Night Out strategy, which aims to reduce alcohol and drug-related violence.

His family, which includes Cole’s mother Mary-Leigh and Cole’s three older siblings, are stuck in a nightmare, and as Mr Miller told the court in October during a tearful victim impact statement, they continue to live in “utter turmoil”.

Until now he has chosen not to speak publicly on the issue of alcohol-related attacks. As he says, it won’t bring his son back.

“Cole’s attacker was out and it was documented by the police that on a minimum of three previous occasions he tried to attack people,’’ Mr Miller tells My Weekly Preview of that fateful night.

“That’s what they were out doing. It’s very sad. What do you do? The state spends a fortune trying to educate people. To me, it’s not working, is it?”

His son’s death is only one in a string of unprovoked attacks. In 2006, Brisbane 15-year-old Matthew Stanley died after being king-hit at a birthday party.

In 2012, 18-year-old Thomas Kelly was killed in a coward-punch attack in Sydney’s King Cross. Daniel Christie, also 18, was killed in the same area two years later.

More recently, the attack on Melbourne heart surgeon and father of two, Patrick Pritzwald-Stegmann, 41, shocked the nation after he was fatally punched for asking someone to not smoke at the entrance of the hospital where he worked.

Sunshine Coast lifesaver Josh Mill was 22 when he was set upon at the Caloundra taxi rank in 2009.

As he lay unconscious, his attacker continued to punch him. And, only last month a teenager was struck down in a one-punch attack in Maroochydore and left with a broken jaw.

A Monash University study, King Hit Fatalities in Australia, 2000-2012: The Role of Alcohol and Other Drugs identified 90 deaths. Of these, 24 happened in Queensland.

It’s believed that the overall national figure has since grown to around 95.

Alarmingly, one in five Australians aged 14 years or older reported being a victim of an alcohol-related incident in 2016, according to statistics from the Australian Institute of Health and Welfare.

In the past 21 months, Steve Miller has spoken to his fair share of academics and politicians about the issue.

While he hastily admits he is not an expert, he believes the core of the issue is Australia’s social and cultural problems.

“It’s a real problem in Australia these days. It’s that social breakdown. People are hitting people for no reason at all,’’ he says.

“Academics say that we’ve got to get  these social issues sorted and encouraged into the children at a young age.

“In primary schools and preschools they have this system that they can implement about keeping  your hands to yourself. They need to teach the meaning of conscience at a young age.

“It’s a problem that needs to be targeted and that’s where the money needs to be spent. There are a lot of issues to talk about…  social differences, social scenarios. It’s a broad problem.

“Number one, learning starts at home in  a good family environment and number two, it’s good in those early days in primary schools to educate.”

One person who is throwing his weight behind the issue is world boxing champion Danny Green.

Driven by the growing number of one-punch attacks taking place, Mr Green took the matter into his own hands by launching a coward punch campaign.

He funded the production of three TV advertisements highlighting the effects on the victim, the offender, family and friends, and worked alongside government bodies and major TV networks to air the commercials.

He is calling on the community to label these attacks exactly what they are – a coward’s punch, and he travels the country spreading the message about senseless violence.

Mr Green, who put down his professional boxing gloves after defeating Anthony Mundine in a world-televised fight in February this year, says he has donated his money to the campaign for the past five years because it is something he passionately believes in.

As expected, Mr Green has met with numerous victims – something he finds extremely difficult to do: “Emotionally it’s very tough. I get frustrated.

“It’s a real problem in Australia these days. It’s that social breakdown. People are hitting people for no reason at all”

“I don’t raise money to make things or to do gala things; this is purely an awareness campaign,’’ he tells My Weekly Preview.

“It’s cowardly to do these types of unsocial, disgraceful attacks. I’m looking to get an education tape that goes into schools.”

Mr Green says his profile as a fighter has assisted the campaign. His profession is a combat sport, completely different to the cowardly nature of these attacks, he says.

“It made sense for me being a fighter to do this. Many young men look up to what I do and respect what I do.

“This is a type of cowardice. The media now, they don’t just turn a blind eye to it. Now society is trying to eradicate it.”

He offers advice to people heading out for a night on the town: “Try and have situational awareness.

“[It’s about] awareness of where they are, what they are doing and why. When out and about identify situations that turn bad quickly. Get out of there.

“If your friend is starting to pick a fight… chill them out, talk to them, cool them down. It’s up to everyone to be a part of it.

“Identify situations and diffuse it before anything happens. The message is, ‘you are a coward, no one respects you, no one condones it and you will be looked upon as a coward’.”

In addition to education campaigns, lockout laws are another method the State Government has dabbled in to reduce the violence on our streets.

Proposed 1am lockout laws were scrapped by the government in January this year following report findings that there had been no “obvious reduction” in alcohol-induced violence since restrictions began in July, 2016.

Currently, venues located in the government’s 15 identified Safe Night Precincts (SNP) can’t serve alcohol after 3am (an hour later than venues outside these areas) and drinks that rapidly intoxicate, such as shots, can’t be served past midnight.

Caloundra, Maroochydore and Mooloolaba have been identified as part of the Sunshine Coast SNP.

Mr Green says lockout laws are one step towards reducing the problem. And he is not alone in that belief. Mr Miller supports the concept, as do two leading Coast academics.

Dr Rachael Sharman, who is a lecturer of psychology at the University of the Sunshine Coast, says that contrary to belief, lockout laws do have a positive effect.

Interestingly, she believes education is not the key to combatting this growing problem.

“Education gets a panacea for everything these days and it rarely works,’’ she explains.

“We seem to have an increasing attitude that children should be raised without consequences and I fundamentally disagree with that. I’m not convinced that education will work at all.

“You are talking about young men who are silly for a start, they are also incredibly intoxicated. Something you taught them at the age of six, 16 or 60 isn’t going to work.

“They are young, dumb and full of confidence and they are out there intoxicated.

“Some of the best things that work are the boring things like restrictions, the lockout laws. Again that’s a consequence, ‘we’ll stop you from being an idiot if you can’t stop yourself’.

“Like it or not, it works. Give people cause to double think their actions.

“Australia does have a massive binge-drinking problem. People make excuses, ‘he’s just a lad having a night out’.

“We fob it off. In other cultures getting drunk to intoxication is considered quite disgusting.

“Until we see a clear message from the government that it won’t be tolerated, we will continue to have these problems.”

Prof Lowe, who is USC’s head of health and sport, says the data is overwhelming.

“Two-thirds of all violence is alcohol related and it goes up if both people are drinking. It is a very concerning issue for society, which affects the health of our nation.

“Every society, and we’re no different, has aggression among certain segments of it that use physical violence to cope.

“A lot of times individuals can control this behaviour until the inhibitors are taken off.

“We can educate all we want about the harmful effects of alcohol, not that we shouldn’t, but that’s not going to stop the social enticement to drink.

“Society has to limit the behaviour through consequences.”

The Miller family will continue to live with the consequences of alcohol-fuelled violence every day.

“How would you feel if your child was snapped out some day by some bloke?’’ Mr Miller questions.

“We think it’s terrible, but we can’t imagine. All I know is that the problem is getting worse.

“When you see it, you say, ‘those poor people, how can they live with that, it’s terrible’ and you go on living your life.

“When it happens to you… it rocks your world. I know for a fact, this guy [Renata], his life is ruined.

“His life is ruined for one stupid night where he got on the alcohol and didn’t respect. He wants forgiveness.

“He looked me in the eyes in the courtroom. I can’t give him anything. He has to live with what he did.

“He’s in jail and we are grieving our son.”

For resources or support for alcohol abuse, visit drinkwise.org.au.

Have you got a winning idea for Hackfest?
A tribute to James