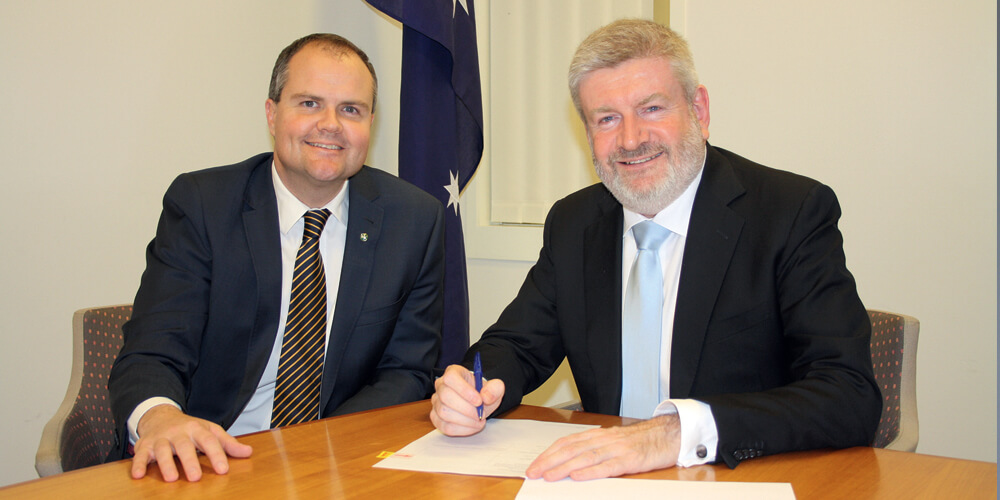 The bid for a future international submarine cable to be connected to the Sunshine Coast has received a welcome boost with the Federal Government following through on a promised $250,000 grant for the Sunshine Coast Council to undertake a feasibility study.

The council lodged a submission with the Australian Communications and Media Authority to start the process to declare an offshore cable protection zone in July 2015.

If the zone is declared, it will encourage the private sector to deliver an international submarine broadband cable connection that would land at the Coast and provide fast data and telecommunications to the region.

Member for Fairfax Ted O’Brien says the grant is the trigger the region has been waiting for.

Five submarine telecommunications cables currently connect the country with the rest of the world. One is in Perth and the other four are located around Sydney.

Mayor Mark Jamieson says Prime Minister Malcolm Turnbull has identified the close proximity of the existing cables as a “vulnerable single-point-of-failure” for the eastern seaboard of Australia. “The Sunshine Coast will be playing its part in addressing a major national risk because, with the existing four cables in Sydney located so closely together, they could easily be damaged or disrupted at the same time,” Jamieson says.

The big names keep coming for music festival
Stepping up