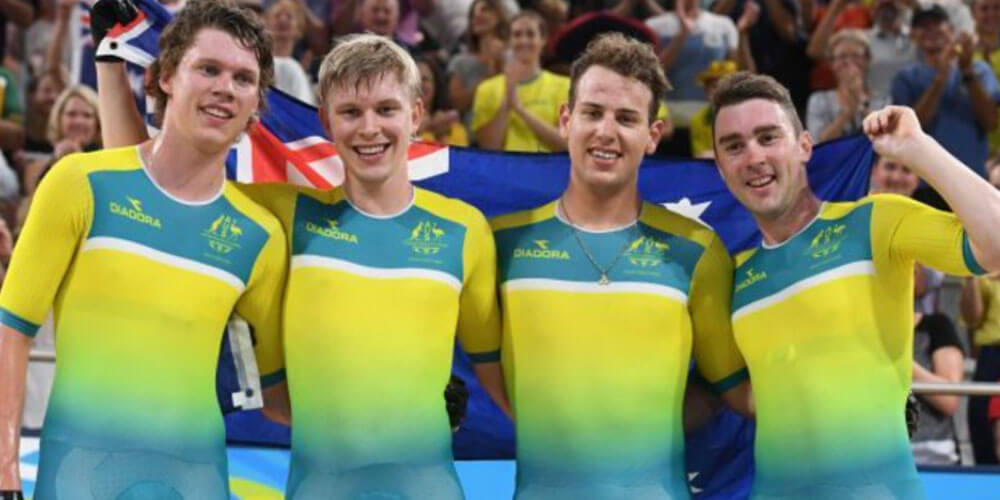 USC para-swimmers Blake Cochrane and Ellie Cole both secured silver and bronze medals in their respective events and Tia-Clair Toomey already had the title of Fittest Woman on Earth before becoming a Commonwealth Games champion with a victory in the women’s 58-kilogram weightlifting category.

Ms Toomey finished with six successful lifts for a total of 201-kilograms and dedicated her emotional win to her 17-year-old cousin Jade Dixson, who was killed in a crash near Nambour before the Games started.

Their winning time of 3:49.804 was nearly half a second faster than the previous world record. It is the first time an Australian men’s team has held the team pursuit world record since 2004.

ACA director Ben Kersten says staff and supporters of the USC-based academy are “over the moon” with the rider’s results.

“We’re lucky to have these guys in the national program and while they will be taking some well-earned time off, we will have them working hard on the Sunshine Coast until October, with the next international race in China in late July,” he says.

Australia finished at the top of the medal tally with a total of 198 medals, including 80 gold, 59 silver and 59 bronze.