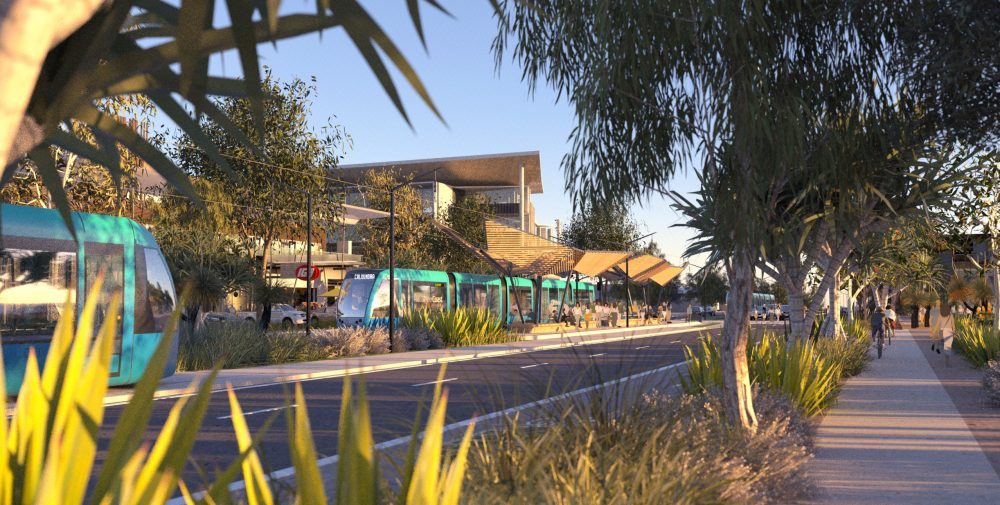 The reality of a light rail network for the region has taken a step forward with Sunshine Coast Council endorsing the 2017-18 Transport Levy Program in a bid to tackle the growing public transport issue.

Councillor Rick Baberowski says the $15 increase in the annual Transport Levy will go directly towards building the Transport Futures Fund to focus on delivering the Sunshine Coast Light Rail Project.

“The focus of our Transport Levy is now very much on infrastructure and I think the community needs to understand why,” Baberowski says.

“We have 200,000 new residents coming here over the next 20 years and we are making a very serious commitment to light rail.

“Providing public transport and the major infrastructure it requires is a State and Federal government responsibility and we need them to step up to join council in finding solutions to cope with our growth.

“Through the Transport Futures Fund we will be putting a contribution on the table as tangible evidence of council’s support for light rail – its planning and implementation.

“We are no less of a priority than other regions experiencing sizeable growth.

“We should not be left behind.”

“It is at the point where it is rail or fail.”

“Through the levy, we are investing in projects that wouldn’t otherwise be possible,” Baberowski says.

Young science enthusiast is London bound
That gut feeling: why it’s the key to better health