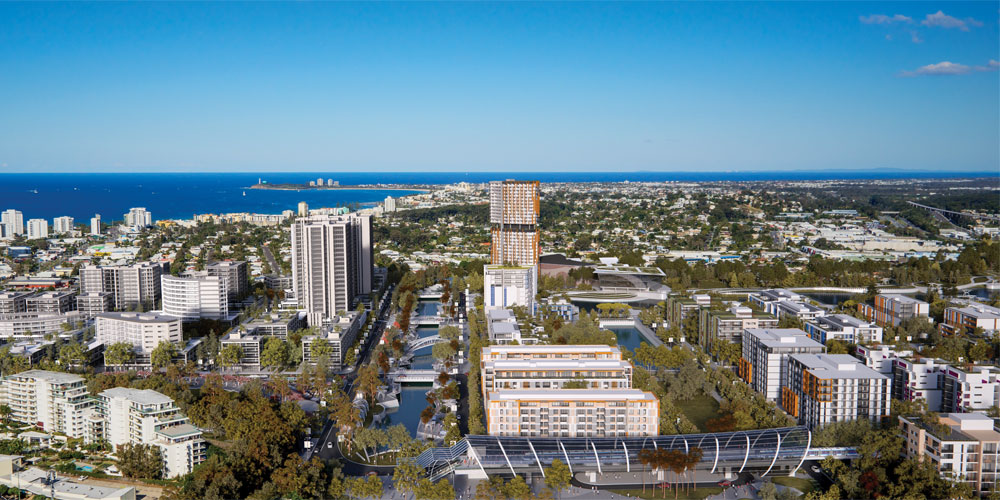 The vision of the new Maroochydore CBD

A strong economy, an unprecedented level of infrastructure investment, increasing employment opportunities and an insatiable demand for property has seen the Sunshine Coast enter a history-making era.

In fact, Investor Property managing director Mal Cayley says the region is operating well beyond a “once-in-a generation” change and is in an era of a “once-in-history” transformation.

“What’s occurring on the Sunshine Coast today is so significant and dramatic that it’s changing the city forever,” he tells My Weekly Preview. “[We have] a perfect combination of events that are unprecedented for any city in Australia’s history. Where it’s leading, nobody can tell you for certain… yet we can be confident of the direction, regardless of what is happening in other areas.

“This region is poised to expand at a level that is unprecedented and, importantly, sustainable well into the future.”

Mr Cayley credits the newly completed Sunshine Coast Health Precinct project, which includes the private and public hospitals, as being the “impetus for change”.

“The initial growth was driven effectively by the public sector, with the hospital and the great work the Sunshine Coast Council has done in light of the solar farm, new CBD and the airport expansion,” he says.

“Private investment has piggybacked off of that and where there’s opportunity for investment, they follow.”

There are more than $10 billion worth of job-creating infrastructure projects underway or yet to begin throughout the region and the report card predicts the 82,633 high-value industry employment opportunities from this year will grow to 100,000 by 2033. This in turn is driving the Sunshine Coast’s residential housing market.

Real Estate Institute Queensland’s CEO Antonia Mercorella says it is the increase in employment opportunities that continues to fuel migration to the region, resulting in a sustainable demand that keeps property prices steady, even pushing them up in some areas.

RGD Group’s Ron Grabbe says the region offers the full picture for anyone wanting to invest commercially or residentially.

“I think the current trend is the start of unprecedented growth due to the many job opportunities that the infrastructure is now starting to deliver. These are supported by tourism, health, business centres and retail expansion,” the respected businessman says.

“It’s common knowledge that good investment opportunities and returns are triggered by quality infrastructure, creating real-estate hotspots. It is currently an unusual situation here with the infrastructure being spread evenly throughout the Coast as opposed to concentrated in a single area, resulting in a $10 billion infrastructure boom.

“Nearly all the infrastructure hotspots are only a few kilometres apart from each other, which will result in a more even growth pattern across the region.”

Mr Grabbe says property development has increased throughout 2018 as developers attempt to “catch up” on the “huge” shortage of accommodation and investment opportunities.

“We have not seen real growth on the Coast for over 10 years. Growth is now finally starting to bite, with sales of apartments sold 13 years ago finally surpassing their original selling price. I feel we are turning the corner with a more mature economy with real job opportunities and a great place to bring up a family with children not having to leave in the future to find a job.”

Earlier this year, the Property Council of Australia published Creating Great Australian Cities, which looked at the mega trends shaping our cities.

Mr Cayley says on all accounts, the Coast not only fares better than other cities, it is possible that our region is “the preeminent Australian city on track to qualify as a ‘Great’ city, already implementing some of the key mechanisms identified in the report.”

These include a consistently high rate of infrastructure investment, using public land and assets to achieve strategic goals – such as the hospital precinct, SunCentral CBD development and the airport expansion – and a high quality of placemaking, place management and tactical urbanisation.

According to the Regional Australia Institute, the Sunshine Coast is predicted to be among the fastest growing cities to 2030 and, reflecting on the state of the region, Mayor Mark Jamieson says the game-changing projects will continue to pave the way for international connections that will strengthen the region’s economic resilience and social fabric.

“The Coast’s economic landscape is diversifying with an expanding workforce, focus on innovation, huge infrastructure works and the highest internal migration rate per capita in the nation,” Mr Cayley says. “All of these factors are working in symmetry to create a growth projection that is really a game changer.

“Business confidence is sky high and it’s not hard to see why.”