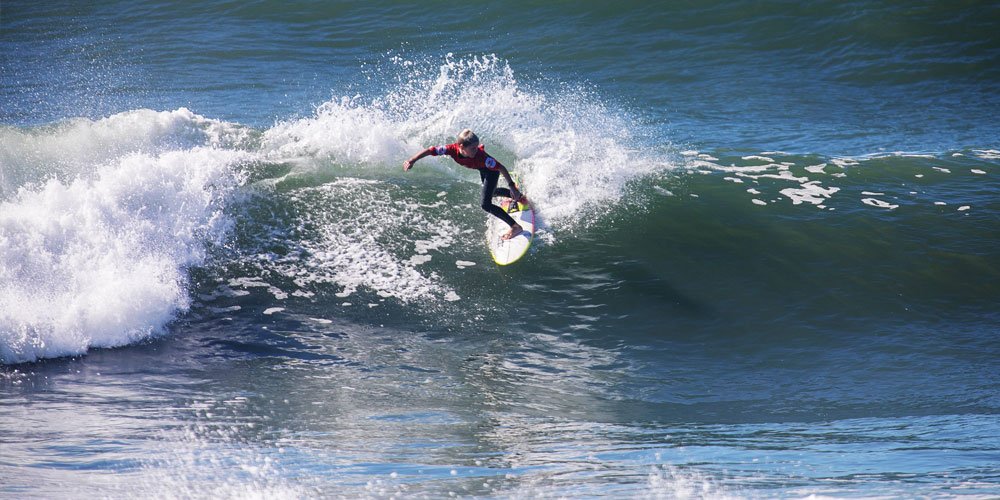 The sun was out and the surf was pumping last weekend as some of the state’s best young surfers battled it out at for a top podium finish.

With clean, offshore, four-foot waves, Ann Street Reef in Currimundi was the perfect location for event one of the 2022 Woolworths Queensland Grommet Titles on May 28 and 29.

And local grommets were making the most of the home advantage with Sunshine Coast surfers taking out the top spots in each category.

Charlotte Rielly from Dicky Beach claimed victory in the under-12 girls division with a score of 9.40, with Marcus Beach’s Evie Wilson closely following in second place.

“It feels amazing to win my first comp, especially on my home break,” Charlotte says. “All of my friends, family and coach are down here supporting me so I’m really stoked.”

Currimundi local Zac Johnston took out the under-12 boys, with Peregian Beach’s Louis Taylor coming in at number three.

“The waves were so good out there,” Zac says.

“My strategy was to just get on the best waves and surf my best so I’m so happy I did that today.”

In the under-14 girls division, it was the battle of the sisters with Sunshine Beach twins Rosie and Eliza Richardson claiming first and second respectively, while Buddina’s Laney Stokes finished fourth.

“I’m super stoked that I won and look forward to heading to the Gold Coast for event two.”

The under-14 boys were on fire all weekend with overall event standout, Hunter Andersson from Moffat Beach, taking top honour with a score of 15.90. Sunshine Beach surfer Jesse Fergusson finished in third.

Competitors will now head to the Gold Coast on June 11 and 12 for round two of the titles, with the result from the two events added together to determine the overall series winners.

Continue Reading
You may also like...
Related Topics: surfing