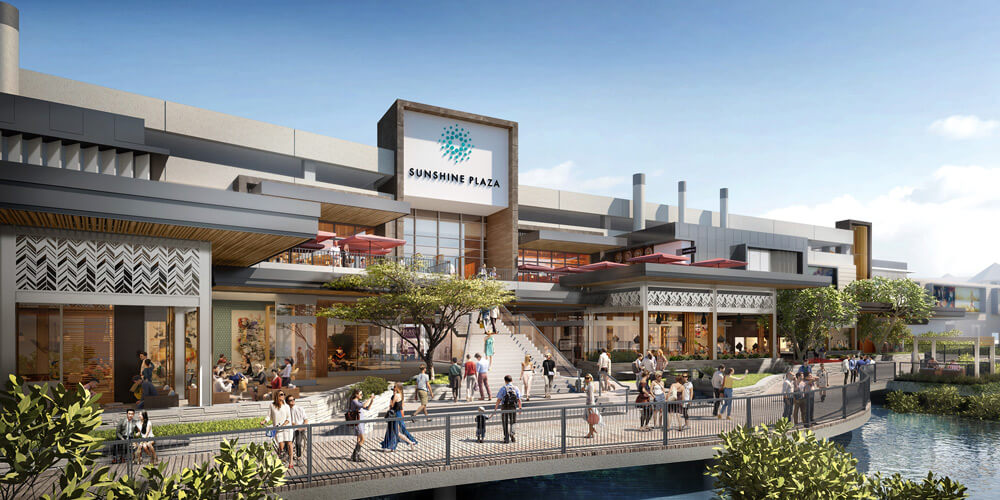 Sunshine Plaza has entered a bold new era of ticketless paid parking, but before you worry that your trips to the shops will become a more expensive exercise, consider this – more than 90 per cent of shoppers won’t pay a cent to park their cars.

Long before the Smart Park system came online for all parking areas south of Cornmeal Creek, including Woolworths, Coles, behind Toys R Us and Rebel car parks, on November 1, Sunshine Plaza centre manager Michael Manwaring says they crunched the numbers to see how effective it would be.

“We looked at customer’s shopping behaviour and the industry benchmarks that have been set in similar shopping centre car parks around the country and what we’ve found is the average customer stays here just shy of two hours, unless they are going to see a movie,” he says.

“With the first three hours free, those who spend over $150 can have their parking validated and those who watch a movie can scan their movie ticket at the pay station, type in their rego and get their fourth hour free. It’s very simple.”

Mr Manwaring says the decision was made to move towards paid parking to ensure customers were given the opportunity to access the best available parking bays.

“A lot of local businesses used to have staff parking on site, so this will free up the bays,” he says.

“The maximum anyone will pay is $20 a day and it is very back-end heavy. This is purely so we can deter long-term parking.

“For those who stay beyond three hours and don’t qualify for additional free parking, costs will start at just $2.”

As part of construction of the new car park, 9200 tonnes of concrete was poured, and it took 13 months and more than 370,000 worker hours to build.

The new car park, along with the existing car parks near the Woolworths and the Coles buildings, have been upgraded with parking bay indicator technology, which provides drivers with clear visual indicators of which areas have available car parks.

Mr Manwaring says the express ramp into the new Kmart car park, which comes off Amaroo Avenue and provides drivers with direct access to level two or the option to connect to the Myer car park, is a popular addition.

While the car parks are moving ahead in leaps and bounds, progress on the construction of the new retail arm of the centre, which will include a David Jones and Big W, took a bit of a hit with the recent deluge of rain.

Mr Manwaring says 314 millimetres of rain was recorded throughout October on the site, and “most of that came in two days”.

With excavation works already completed, water pumps and a filtration system needed to be activated to treat water that had flooded the site before moving it into the stormwater drains.

“There is a wet weather calendar built in [the construction timetable] so we have the processes to deal with that,” he says.

For more information about the new parking system, visit sunshineplaza.com/parking.