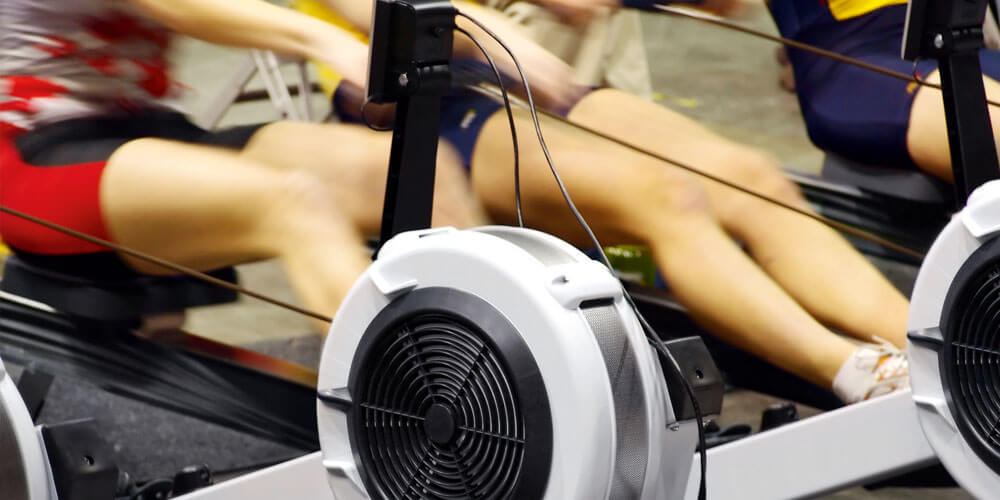 National and world records will  be smashed when some of the country’s best athletes converge on the Sunshine Coast for the 2018 Queensland Indoor Rowing Championships.

Paralympic gold medallist Lindy Hou  will be put through her paces as she pits her skills against 80 of the most talented indoor rowers in a variety of categories at Kawana Waters State College on June 10.

Ms Hou, who became legally blind in 1996 due to a degenerative eye condition called retinitis pigmentosa, and her tandem cycling pilot Janelle Lindsay became the first Australian females to win gold at the 2004 Athens Paralympic Games. Ms Hou came home with a total of four medals.

She discovered indoor rowing in 2007 and will be a fierce competitor as well as  an inspiration to those attending the championships.

Sunshine Coast Indoor Rowing Club president Wendy Coghill says the sport is unique in that people of all ages and abilities compete for national and world records in the same state championship event.

“Our oldest male competitor is Vince Hone, who is 93 and visually impaired. He used to row on the water as a young man and now he’s excelling in indoor rowing,” Ms Coghill says.

“Anne Cresswell recently turned 80 and is coming up from Victoria and she is definitely going to break some records.

“Our youngest competitors will be eight or nine years old. There are virtually no sports where you can have this incredible diversity.”

Despite having undergone open-heart quad bypass surgery last year, Ms Coghill is also preparing to compete in the event.

As has been the tradition, the Politicians Relay will kick-start the championships just after 9am, with Federal Member for Fisher Andrew Wallace and deputy mayor Tim Dwyer pitting their own teams against a combined team of state LNP politicians Dan Purdie, Marty Hunt and Simone Wilson.

Ms Coghill says this year will see the debut of the International Relay, with teams of four, with at least two females, each rowing 300 metres to claim the ultimate win for their country.

“So far, we have teams from India, Zimbabwe, the UK and Australia. We hope to also see teams from Sweden, New Zealand, USA, Vietnam and Africa,” she says.

Spectators are welcome and will be absorbed into the excitement as each of the competitors’ Concept2 machines will be connected to a big screen to show how fast they are rowing and what position they are in as the races progress.

In the ambience of a theatre setting with tiered seating, the atmosphere is sure to be electric.

The event is free for spectators, but they are encouraged to donate to the collection tins in support of Dragons Abreast Australia, a national organisation of breast cancer survivors.

The local team, The Pink Ladies, will fly out to compete in the dragonboat world championships in Florence, Italy next week.

To be a part of the indoor rowing action, head to the Performing Arts building  at Kawana Waters State College on June 10 from 9am to 4.30pm.