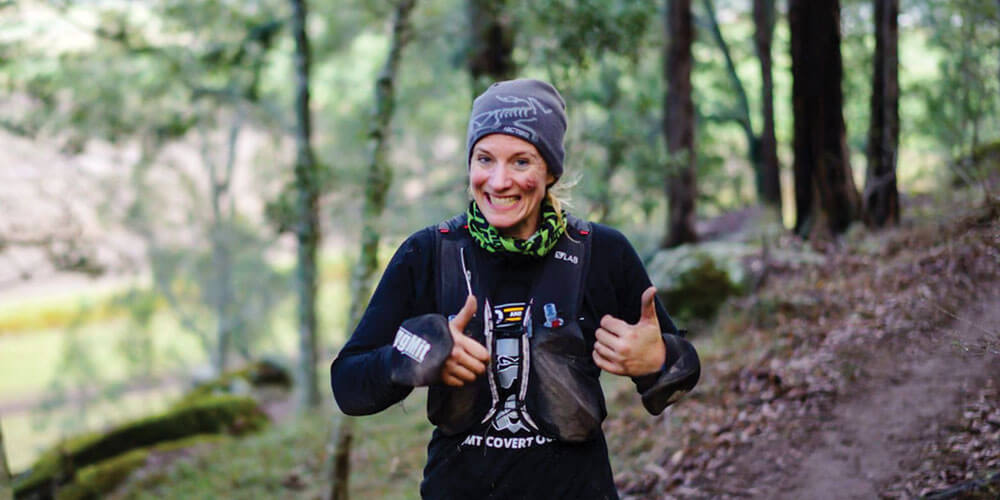 Kirsty Levy has a strong motto she applies to life – if your next goal doesn’t scare you, you aren’t aiming high enough.

So it goes without saying that the Buderim mum’s latest goal – to conquer the Alps 2 Ocean Ultra stage race in New Zealand – is both exciting and terrifying.

Ms Levy will line up with 135 participants at the base of Mount Cook, New Zealand’s highest mountain, and will cover 330 kilometres over seven consecutive days carrying a 16-kilogram backpack that will contain her week’s supply of food as well as all the sleeping gear and equipment necessary to complete the event.

The run will finish in the small harbour of Oamaru, located on the shores of the Pacific Ocean.

“This will be my biggest run challenge that tests my physical and mental ability to date,” she says.

Ms Levy is no stranger to endurance challenges, having assisted her trainer Jamie Milne with his Many Miles for Mary fundraising events as a support runner and chief mapper. It has inspired her to up the ante each time she laces up her shoes.

“This year after New Zealand, I will represent Australia again at the 24-Hour Enduro OCRWC with my sights set on the podium and again in October to compete in a 200-kilometre Obstacle Course World Championship, Taurus 200 here in Queensland.”

As part of her latest challenge, Ms Levy is fundraising for and hopes to raise at least $10,000 for the MND and Me Foundation this year. The foundation was established by her close friend Scott ‘Sully’ Sullivan, who sadly lost his battle with motor neurone disease in 2014.

Inspired by Mr Sullivan’s journey and her own brush with death in childbirth to become active and raise awareness and money, Ms Levy has become a source of inspiration for her 14-year-old son Sam, who is her biggest supporter.

Ms Levy was 34 weeks pregnant with Sam when she developed HELLP Syndrome, commonly referred to as the next step up from pre-eclampsia. She woke up barely able to breathe and was diagnosed with a punctured lung. Tests found her liver had began to malfunction and her blood platelet levels were dropping rapidly.

“I had an emergency caesarean and I have never been more relieved to hear my son cry after he was born, it meant that his little lungs were okay. Within six weeks of his birth, my liver function had returned to normal. I was really lucky they caught it early as so many people suffer from permanent injuries.”

Despite never having trained in freezing temperatures or at altitude during her comprehensive training schedule, which began in August last year, Ms Levy says she will take heart in knowing she will have an ally in the solo race – her friend and fellow competitor Ali Fox, who lost her grandfather to MND.

“We will never give up fighting for those who can’t,” Ms Levy says.

“This will also be an added challenge to my day-to-day commitments of life as a full-time working single mum using my gift of movement and showing mums around the world that dreams and goals are possible with hard work and dedication.”

If you would like to show your support for Kirsty, you can donate to the MND Foundation. Visit Everyday Hero and search for Kirsty Levy.

Banding together for Bloomhill
Shining a light on women