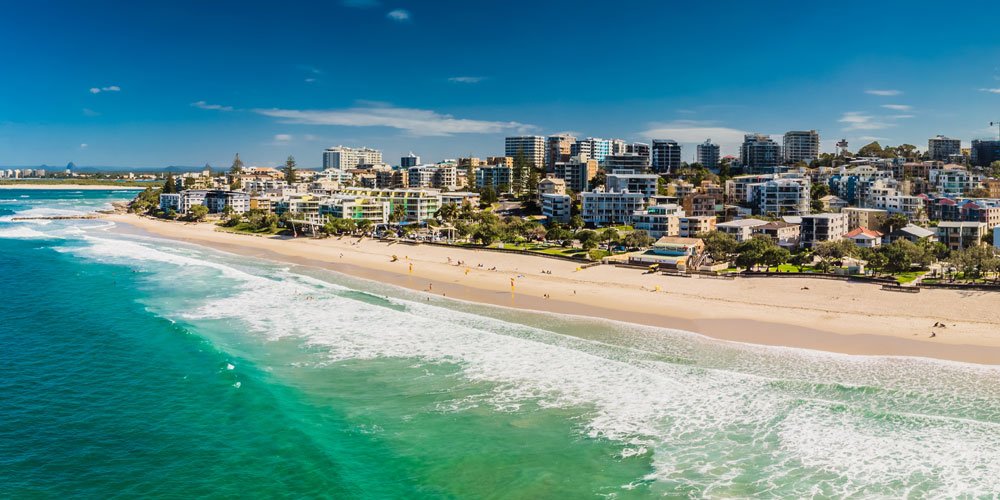 Cast your mind back to last December when fire ravaged Coast suburbs, followed by flooding rains while our farmer friends fought drought as the world headed towards a momentous crisis.

Many of us were focused on the passionate conversations around climate change. Others were planning their next cruise or land adventure to far-flung places. Few at that time were concerned about a newly discovered virus that was impacting residents of the Chinese city of Wuhan. Surely this wasn’t something Australians would have to worry about? It was happening somewhere else.

None would have envisaged what unravelled our lives in February and led to the World Health Organisation announcing a global health crisis on March 11.

But despite that tumultuous start to 2020 and the continuation of the crisis throughout this year that has taken its toll on every aspect of our lives, the Sunshine Coast residential property market has survived. Some may even say it has thrived.

Early in the year, REIQ chief executive officer Antonia Mercorella says some commentators were predicting a market fall of 30 to 40 per cent as governments started implementing “extraordinary” measures. “There was a level of nervousness around the way in which all these factors would impact the property market, but the good news was those predictions were proven to be baseless,” she says. “If anything, our property market has proven itself to be extremely resilient and has held firmly.”

Another expert to voice a positive outlook for 2020 was Hotspotting’s Terry Ryder. He was telling his readers to think small capital cities and regional centres.

“The Coast is an example of why we thought 2020 was going to be a big year for markets like that,” he says. “Regional Australia and the Coast has been a standout example.

“Generally, it has thrived through this period. The economy has been pumping strongly and the real estate market has responded to that.”

Mr Cayley believed, pre-COVID-19, the Coast would be one of the best Australian property markets in the next three to five years. Fast forward to now and Mr Cayley expects it to happen within the next 18 months to two-and-a-half years.

“We are really excited for what the next two to three years will look like for the Sunshine Coast,” he says.

The exodus to an affordable lifestyle has been the number one trend driving up the Coast market, Mr Ryder says. “It’s been underway for a couple of years,” he adds.

This year has certainly heightened that trend. “People are realising they don’t have to live in the big, expensive, congested cities; they can move somewhere that is much more affordable with a more relaxed lifestyle and continue to do what they need to do and work remotely.”

Mr Ryder thinks the Coast has done well not despite the pandemic, but because of it.

There have now been two consecutive quarters of growth on the Coast, says Ms Mercorella. “The popularity of the Sunshine Coast has never been so strong.”

However, with demand outstripping supply, rising property prices is one challenge she thinks will face the Coast in the coming year.

That said, Ms Mercorella still thinks we can keep moving forward with confidence. “It’s very clear how well we have performed as a nation,” she says.

Australia’s economy continues to recover, showing strong signs of growth in the December quarter, says Shane Oliver, head of investor strategy and chief economist at AMP. “We are outperforming other countries,” he says. Going hard, fast and early with government fiscal stimulus has made all the difference.

The Sunshine Coast Council reports the local economy has grown over the past 15 years to $18.5 billion and outpaced most other regional economies.

The 2019 Sunshine Coast Business Confidence Survey reported 31,695 businesses were registered on the Coast with many more heading this way as the Council promotes the region to knowledge-based sectors including professional business services, high-tech start-ups and innovative manufacturing. Looking towards 2033, the council anticipates the economy will grow to reach $33 billion.

“I think that the confidence that has been provided is key when it comes to property,” Ms Mercorella says. “I think also because we have been house-bound and international travel has been off the cards, we have become a lot more house proud and a lot more interested in where we live.”

While she argues that COVID-19 has affected property buyers’ and sellers’ decision-making, migration to the Coast has been going on for a long time; it’s just that the idea of affordability, liveability and lifestyle have become much more relevant to that decision-making process.

Be ready to be amazed

He bases his predication on the infrastructure-led economic recovery funded by the federal and state governments.

“Nothing generates real estate growth like infrastructure spending,” he adds.

“It’s going to precipitate a resources boom as you are going to need iron ore and other minerals to feed into that.

“Out of that comes a tremendous demand for real estate.”

Add in the new CBD that is being built and the vibrant medical precinct, the international broadband cable and the billion-dollar works on the motorway.

“All those things keep feeding into the Sunshine Coast economy and that creates demand for real estate,” he says.

“In addition to that, you have this trend, which is becoming stronger and stronger, of people moving to places like the Coast, for its lifestyle and affordability relative to the big cities.”

As for responding to the changes to the way people are wanting to live and work as they emerge from the immediate affects of the pandemic, Mr Ryder says the Coast is well set up to take advantage of those changes.

No longer is the region heavily reliant on tourism. Land for new homes, modern infrastructure in place and planned, and a proactive council with an awareness of future environmental challenges will greatly assist the future and broader growth of the region.

“The one problem the Coast has and will have is traffic congestion,” Mr Ryder says. “Because it’s growing so quickly it needs that light rail link. That part of the planning that is underway and factored into the CBD.”

“It’s going to be one of the most dynamic and prosperous years that Australia has seen.”

The Council predicts the Coast’s population will grow by about 8300 people per year to a total of more than 500,000 by 2041. The majority of growth will come from migration.

The largest growth in the next 10 years will be those aged 45-49 years.

Thanks to recent big developments in the past few years, the region has expanded exponentially, but expect to see even bigger changes in 2021 as more new residents flock to the Sunshine Coast.

“We are unique in that most cities start in the middle and grow out; ours started out and grew in,” he says. “The most up-to-date, digital technology contemporary city centre that could possibly be built is underway. That is a big advantage to our community long term.”

There are more than $2.5 billion worth of projects happening in 2021 including Blue Heart, Biosphere, the Coastal Hazard Adaption Strategy, a $68 million spend on the Sunshine Coast Stadium and the CBD.