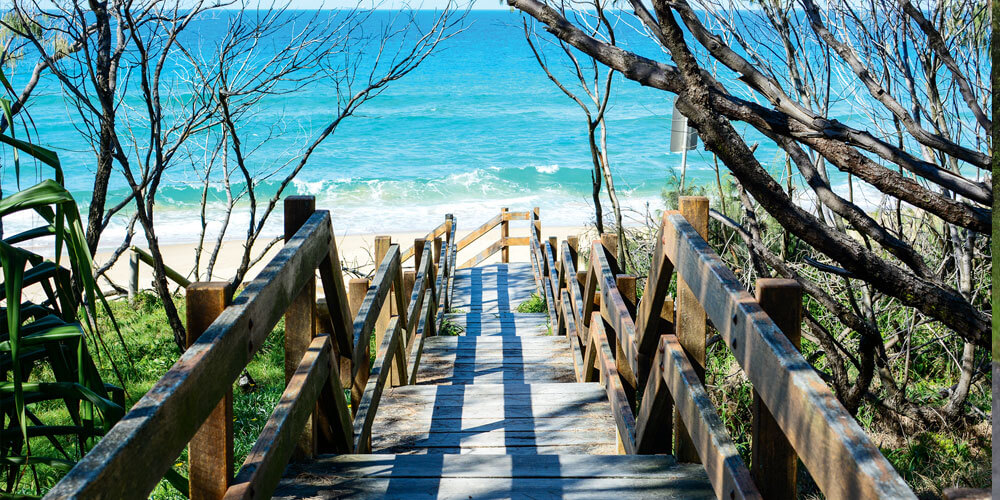 Visitors have been flocking to the Sunshine Coast these school holidays and although the region has not experienced the record-breaking Christmas holiday tourism boom of 2016/17, we have had a bustling start to the New Year.

Beaches and aqua parks were a magnet, and visitors and residents alike visited The Wharf Mooloolaba to check out the new restaurant offerings and Aussie World to experience the new thrills.

Visit Sunshine Coast CEO Simon Latchford says the combination of “typical summer” weather and an early Christmas holiday cruise ship visit by the Pacific Jewel on December 22 made for a great start to the festive tourism season.

The ship brought an extra 2000 people to the Coast and an economic injection of $250,000 into the economy.

“Generally across the board, accommodation houses started to fill up from December 23 and will become quieter again from January 21 with school returning from January 22,” Mr Latchford says.

Although official figures are not yet in, Mr Latchford says he doesn’t believe we have achieved the figures of last Christmas, which was touted as the busiest in 10 years.

“Given the significant rise in petrol prices compared to last year and Bruce Highway roadworks, I think these factors influence travel and holiday plans particularly from our drive market,” he says.

“However, it has still been very buoyant with extra flights coming into Sunshine Coast Airport and lots of activity on offer to keep enticing people with reasons to return.

“Overall, it has been a solid start to the season and operators have done a brilliant job but until we have the figures, it is a little premature to provide detailed commentary.”

Hotspots like Caloundra, Mooloolaba, Coolum and Noosa continue to thrive during the summer break due to the extra, and often free, entertainment and activities on offer.

But Mr Latchford says visitors are also seeking out lesser-known areas, where the locals like to stay and play.

“I think the entire tourism industry is in an upward swing and I am positive about where the Coast is headed and the exciting plans starting to be realised.

“However, there is still a lot of work to be done and we cannot become complacent and take our foot off the pedal,” he says.

With less than 90 days to go until the Commonwealth Games on the Gold Coast, teams from nine countries will soon arrive on the Sunshine Coast to begin preparations.

“Not only will this mean millions of dollars injected into the economy during the visit, but if the teams feel welcome and have a great experience, it will be the word of mouth, media spotlight and return visitation that can expect to deliver longer term benefits,” he says.

Mr Latchford says Gold Coast visitors will head north to the Sunshine Coast during the games period to escape the crowds.

“So, let’s roll out the welcome mat, slap on a big smile and showcase the best experiences we have to offer.”