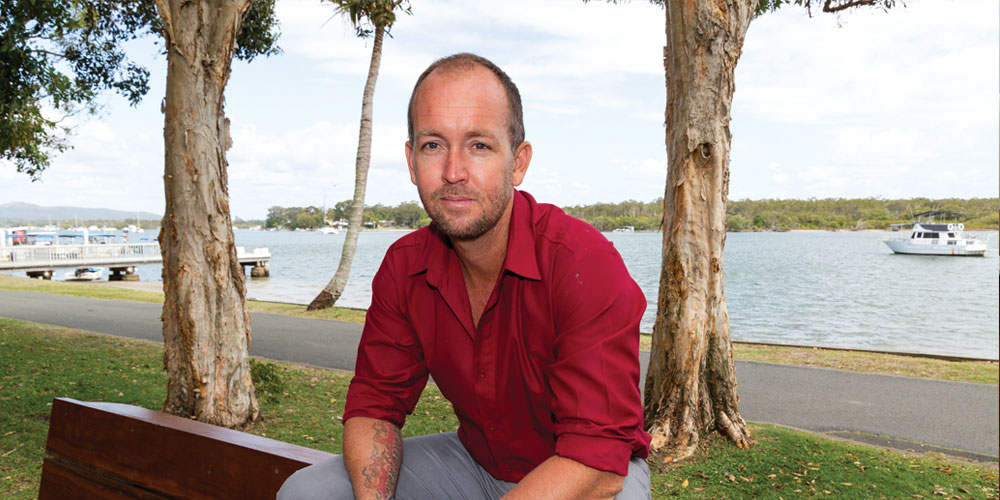 After his appearance on reality TV show The Bachelorette, Noosa councillor Jess Glasgow received 98,000 messages on Instagram, ranging from hostile to outright murderous. After he departed the show in October, it appeared the entire country wanted to crucify him for what many TV viewers saw as sexist and misogynistic behaviour towards the show’s leading lady, Sunshine Coast personality Angie Kent, as well as female crew members.

To preserve his sanity, he decided to quit social media altogether. Friends who monitor his social media accounts have told him about one in 10 of those 98,000 messages have been supportive, but the rest are messages of pure vitriol. That’s a lot of hatred directed towards one man.

“I agree my actions weren’t exactly acceptable and I take responsibility for my actions, but I really just want to move on and have my life back. I started to question my whole existence and ask myself, what have I done? I have to see a psychologist every week and Channel Ten and the producers, Warner Brothers, have doctors and psychologists ringing me all the time.”

Mr Glasgow says he’s holding it together but it’s not himself he’s worried about, it’s his family. Raised in Tewantin by a single father after his mum left when he was a baby, he’s close to both his father and his grandmother.

“I’ve got family members who have some severe mental issues going on,” he says. “My dad is just a wreck. How do you think it feels for him? He’s one of those old-fashioned guys; you never seem him get emotional. It has brought him to tears. He’s been taking sleeping pills and he event contemplated taking his own life to take the heat off me.

“My grandma, she’s just so beautiful. I have the best relationship with her. My grandma goes to the bowls club and she’s getting hissed at, people saying ‘your grandson’s a pig’. She’s an 84-year-old woman for God’s sake. How defenceless could she be?”

Mr Glasgow also copped a public serve by Noosa Mayor Tony Wellington, who demanded his resignation. He is now under investigation by the Office of the Independent Assessor for his conduct and the result of this investigation is due by mid-2020. In the meantime, Mr Glasgow has apologised for his behaviour  and says even Ms Kent herself has jumped to his defence, telling Sydney radio presenters Kyle Sandilands and Jackie O he should not lose his job and she “can’t stand” the way the nation has attacked him.

Mr Glasgow says he had never watched the show nor considered finding love on a reality TV show until producers found him through Instagram and contacted him.

“I went on this program with the best intentions,” he says. ““I know in my heart that I didn’t mean anything derogatory and I have a lot of respect for Angie. I went on there for love. It was nothing like I expected. Honestly, I was a bit naive. I went on the show and genuinely thought there was an opportunity for love there.

“Looking back at it now, they certainly didn’t get me on the show for my looks. All the men on that show were very handsome, good-looking guys. I’m guessing they picked me because of my role as a local councillor and they thought if they baited me the right way, it would blow up in Australian media, which it did.”

Mr Glasgow claims the producers instructed him to be flirtatious and jovial, which he agrees he took too far.

“They pinpointed me and said ‘you’re a Coast guy, she’s a Coast girl, she wants to see your animalistic side’. Angie’s all about not taking herself seriously.

“There was a very playful attitude. I kind of just wanted to be a regular guy, I just wanted to walk on and introduce myself, but they bait you. They manipulate, they control. It’s very contrived to make drama and no one’s mental state is worth that. The truth needs to be told. It’s toxic and manipulative and it doesn’t just ruin the candidate’s life, it ruins lives around them too.”

Australian actress Pia Miranda was also tried in the court of public opinion when she took home $500,000 in prize money from Australian Survivor this year. The reason? She voted show favourite Luke Toki – a father with two sons on the autism spectrum and a baby daughter with cystic fibrosis – off the island and went on to win.

She copped a wave of criticism and was called ‘Australia’s most hated woman’ for doing what’s expected on the show and playing tough – the show is called Survivor, after all. But in the world of reality TV, all is not fair in love and war.

It’s a subject Dr Karen Brooks addressed in her piece, Reality TV and Meanness, published in The Courier Mail. Dr Brooks is an author, columnist and academic who has studied popular culture using a psychoanalytical model. She is an Honorary Research Consultant in the Centre for Critical and Cultural Studies at the University of Queensland and an Honorary Senior Fellow at the University of the Sunshine Coast.

“Commercial reality TV relies on bringing out the worst traits of human nature and presenting it as entertainment,” says Dr Brooks. “Colin Vickery, who writes a lot for TV, said it’s bad for the soul. It’s not just about TV. It draws the public in by encouraging social media participation. It’s bad for the Australian psyche and it does normalise traits like bullying, aggression, cattiness, bitchiness, boastfulness, arrogance, deceit. It encourages schadenfreude, which is taking pleasure from other people’s pain.

“I hate tarring all reality TV with the same brush because there are quality reality TV shows like Gogglebox, The Great Australian Bakeoff and some of the estate shows like Love It or List It, but commercial reality TV is incredibly toxic for everyone, even the producers. They put their own careers above the health of other people. The producers will whisper in a contestant’s ear, they set up situations, they take people to the precipice and they watch them fall. Every single contestant talks about that.”

While Dr Books says producers have a duty of care to all contestants, even the ‘bullies’ and ‘villains’, the onus is on contestants to behave appropriately.

“Jess had a very high risk profile and he came in with a target on his back. He did say things that were very inappropriate and people read him in a particularly negative way. He became a symbol of how not to behave, but they forget he’s a human being. They treated him as a caricature rather than a real human with feelings who made stupid mistakes.

“I agree he shouldn’t have to quit his job. What he needs to do now through his job is prove that was an aberration. What people are doing to his dad and grandma, that’s far worse than what he did.

“It has been a horrendous fallout and it’s wrong. I don’t understand the pile-on. God forbid any of us should do things wrong and have stones thrown at us. In some ways, reality TV shows are morality plays. We invest in them to see how not to behave as much as how to behave. We champion some, dislike others. We seem to invest so passionately and heavily and social media takes it further.

“That’s why I see it as bad for the psyche. That’s why the producers have a duty of care – it has this ripple effect. What we’re lacking is kindness. We underrate kindness; we see it as a weakness but it’s a source of strength. Angie is a remarkable woman. Kindness is her shtick and she handled it really well.”

A fact we need to keep in mind when there’s a scandal on a reality TV show that blows up across the media, is that it’s a relatively small percentage of the population watching. Scandals are good for ratings and according to Dr Brooks, the reality shows need all the help they can get.

“It’s a minority of people who watch these shows. The Bachelorette has a dedicated audience and a very loud audience. When you see people piling on with [online] hatred, it’s because there’s no consequences. They’re not saying it directly to the person’s face. It makes cowardly people brave in that cyber moment, but if they had to see the psychological and emotional consequences of that hatred, it would be a different story.

“Jess has had 98,0000 messages but hey, we’re a population of 20-plus million. I like to believe most of us are decent and we won’t engage at that level. We do mistake the minority as the collective mind – they’re not. Most of us are rational and reasonable and think it’s ridiculous, it’s overkill. It’s just crazy. The shows are about people’s hearts and not just the hearts of the people on the shows. If you don’t like a show, vote with your remote.”

As the trolls and online haters gradually forget Mr Glasgow and move onto their next target, he’s waiting for the dust to settle and getting on with the job of working for the people of Noosa.

“I’m still the same person I was when I was elected three and a half years ago,” he says. “My number one priority is still here in Noosa. I don’t believe anything they write is true and I have had messages of support from Noosa councillors, federal politicians, women and men. I’m still in contact with the 19 guys from the show and I had lunch with Jamie [Doran] last week.

“I don’t think any female in the southern hemisphere would want to be touching me right now, but I’m open to a relationship. I’m 37 and I have a great life, living in Noosa where I grew up. I have so much love and attention to give to one person. This whole thing just blew up like a storm.”

My Weekly Preview reached out to Channel Ten for comment, but the network had not responded at the time of print. 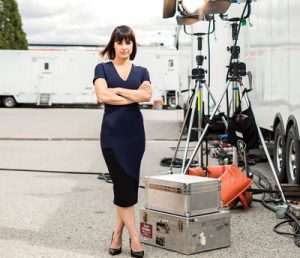 For a fictionalised look at what goes on behind the scenes of reality TV shows, check out the US TV show Unreal, now in its fourth and final season. Premiering in 2015, it’s about the making of a reality TV series not unlike The Bachelor, called Everlasting. The plot follows a young producer, Rachel Goldman, who is pressured by her executive producer, Quinn King, to manipulate the show’s contestants in order to produce continual conflict and drama and increase ratings.

Any semblance of morality and integrity is left behind as they edit contestants’ conversations out of context, conceal knowledge of a contestant’s father’s heart attack, dig up painful childhood trauma to try and to squeeze out a few tears and pit one contestant against another with deliberate lies and deceit. Unreal may be a fictional show, but it’s not far from the truth.

The show’s creator, Sarah Gertrude Shapiro, based it on her own experience as a former Bachelor producer and many former Bachelor contestants and crew members have admitted Unreal is disturbingly accurate. It’s not that the producers feel no remorse for what they do to people’s lives, however they are willing to sink to some appalling lows, all in the name of a pay cheque and to deliver to millions of viewers the guilty pleasure of watching humanity at its worst.

Continue Reading
You may also like...
Related Topics: reality TV, The Bachelorette