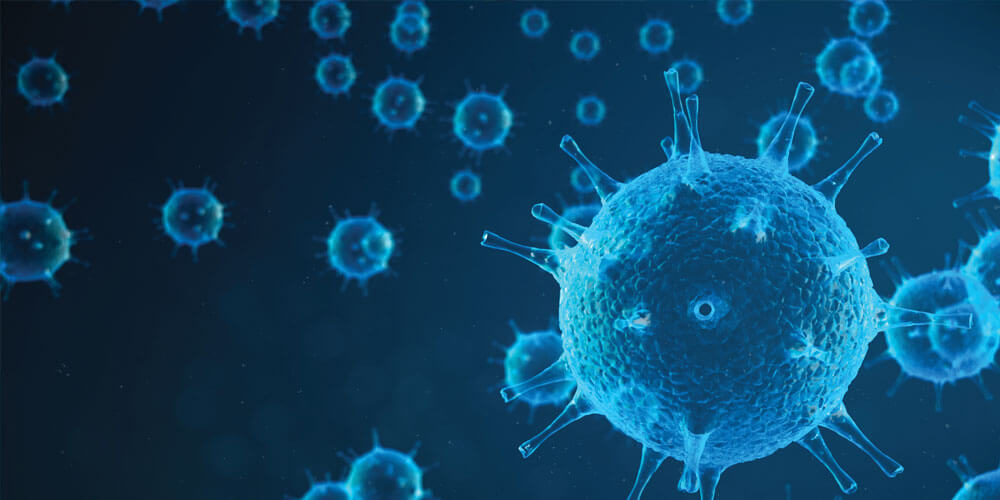 Ebola. MERS. Measles. These diseases are all in active outbreaks around the world at this very moment, and health experts continue to warn that dangerous epidemics are on the rise.

The Democratic Republic of Congo is facing the world’s second-biggest Ebola outbreak in recorded history. As of Monday there were 2108 recorded cases and 1411 deaths since August.

Last week, the deadly virus spread beyond the Congo border with three confirmed cases in neighbouring Uganda. Even though medical teams were unable to contain the virus, the World Health Organisation (WHO) panel has opted not to declare a global emergency.

News service Reuters reports that only four emergencies have been declared in the past decade, including the worst-ever Ebola outbreak, which hit West Africa in 2014-2016 and killed more than 11,300 people. The others were an influenza pandemic in 2009, polio in 2014 and the Zika virus in 2016.

The National Centre for Biotechnology Information reports that three to four new viruses are being discovered each year, while Australia’s CSIRO says the discovery of new diseases has continually increased during the past 30 years. More than 70 per cent of these are zoonotic – transferred from animals to humans – such as avian flu and SARS.

WHO warns it will be an unknown influenza that causes the next global disturbance. And with populations continuing to grow, international travel at an all-time high and our continued encroachment on the environment, it’s only a matter of time.

In March, the organisation released its Global Influenza Strategy for 2019-2030 in a bid to prevent seasonal and zoonotic influenza outbreaks, and to prepare for the next pandemic.

“The ongoing risk of a new influenza virus transmitting from animals to humans and potentially causing a pandemic is real,” he said in a statement. “The question is not if we will have another pandemic, but when. We must be vigilant and prepared – the cost of a major influenza outbreak will far outweigh the price of prevention.”

The strategy is the most comprehensive and far-reaching plan that WHO has developed for influenza.

“With the partnerships and country-specific work we have been doing over the years, the world is better prepared than ever before for the next big outbreak, but we are still not prepared enough,” Dr Tedros said.

So, why aren’t we talking about it more?

University of the Sunshine Coast’s Head of School of Health and Sport Sciences Professor John Lowe says the underwhelming response from society is most likely due to the success of our public health workers.

“It’s interesting that people don’t consider public health and that this is happening day to day,’’ Prof Lowe says.

“People are protecting our health. Food security, water, health, and yet it’s not noticed because not one thing happens. If we prevent something, no one ever thinks about it.”

The organisation constantly monitors influenza viruses to detect potential pandemic strains and works with 114 countries across 153 institutions in global surveillance and response.

Australia is home to one of these institutions – a national influenza centre. The government also has its Australian Health Management Plan for Pandemic Influenza, which outlines preparation and response in conjunction with state and territory governments. Queensland Health issued its updated plan in May 2018.

We are in a good position to fight. As The Medical Journal of Australia reports, our country has experienced fortune with infectious disease during the past century. Communicable diseases are generally controlled through high living standards, the progressive adoption of vaccines and antimicrobial treatment.

“It is a matter of when,” Prof Lowe says about the next pandemic. “The good news is our ability to detect a pandemic spread very early is the best it’s ever been in developed countries, including Australia. Through the centre of disease control agencies in the world, we are in constant contact and monitoring on a day-to-day basis.

“Most likely there will be no vaccines. But between drug companies and everyone else picking it up, they’ll know the strain, do the research very quickly and get a drug on the market. We here in Australia did a fantastic job of monitoring [bird flu]. We did it really well. That same kind of call to arms will happen if something else is to outbreak somewhere in the world.”

As a former public health worker, Prof Lowe is pro-immunisation and says it is the one weapon we have in fighting against disease. Without the annual flu shot, seasonal influenza – which is doing the rounds now – is more likely to cause widespread damage.

“Seasonal flu can have pandemic results… if people are not immunised. The outbreak would not be controlled.

“If nobody – and this will never be the case – got the flu vaccine and it [the seasonal flu] broke out on the Sunshine Coast for instance, there would be no way of stopping it. It would be significant.”

Influenza affects around one billion people each year around the globe. Three to five million of these are severe cases.

Researchers are constantly conducting studies to develop a universal vaccine, and one such trial is underway at USC. It is hoped that identifying a broad-spectrum vaccine could transform global health.

In the meantime, WHO annually recommends which strains should be included in the seasonal flu vaccine. In Australia this year, we are being immunised against AH1N1, AH3N2 and a B/Colorado-like and B/Phuket-like viruses.

If you doubt the effectiveness of vaccines think again – it was a version of the H1N1 which caused one-third of the world’s population to fall ill during the Spanish Flu outbreak in 1918.

This year, more than six million seasonal doses have been secured for Australians to access free influenza vaccines through the federal government’s National Immunisation Program. Annual vaccination is recommended for anyone six months of age or older. AAP reports that more than 12 million vaccines have already been distributed around the country. Two-thirds of these shots are for those eligible for free immunisation, while there has been an “unprecedented demand” for private vaccines through GPs and pharmacists.

To date there have been 76,570 confirmed cases of the flu in Australia this year, according to the Immunisation Coalition. This compares with the total 58,570 cases for 2018. Closer to home and Queensland Health has confirmed 14,400 cases in 2019, 1002 of those here on the Sunshine Coast.

Prof Lowe says while immunisation does not guard 100 per cent against the flu, it reduces the level of illness. “You may get a minor case of the flu, but if you didn’t have that immunisation then you would have got a strong and possibly deadly case. Most people don’t even get that minor case.”

5 myths about the flu vaccine

Myth 1: Influenza is not serious so I don’t need the vaccine.

Fact: As many as 650,000 people a year can die of the flu. This represents only respiratory deaths, so the likely impact is even higher. Even healthy people can get the flu, but especially people whose immune systems are vulnerable. Most people will recover within a few weeks, but some can develop complications.

Myth 2: The flu vaccine can give me the flu.

Fact: The injected flu vaccine contains an inactivated virus that cannot give you influenza. If you feel achy or slightly feverish, it is a normal reaction of the immune system to the vaccine, and generally lasts only a day or two.

Myth 3: The flu vaccine can cause severe side effects.

Fact: The flu vaccine is proven to be safe. Severe side effects are extremely rare. One in a million people may get Guillain-Barré Syndrome (GBS), which causes muscle weakness and paralysis.

Myth 4: I have had the vaccine and still got the flu, so it doesn’t work.

Fact: Several flu viruses are circulating all the time and because the vaccine is specific to certain strains, people might still get the flu despite being vaccinated. However, being vaccinated improves the chance of being protected from the flu. This is especially important to stop the virus affecting people with vulnerable immune systems.

Myth 5: I am pregnant so shouldn’t get the flu vaccine.

Fact: Pregnant women should especially get the flu vaccine because their immune systems are weaker than usual. The inactivated flu vaccine is safe at any stage of pregnancy.

Blood stocks down this flu season

An early start to the cold and flu season has taken a heavy toll on blood donations, with the Red Cross issuing an urgent appeal for help from healthy Aussies.

The Red Cross Blood Service needs 5900 additional people to give blood over the next fortnight, with up to 1400 donors cancelling their appointments each day due to illness.

The Red Cross says it urgently needs help, particularly donors with O and A blood types.

“We haven’t seen cancellations this high since March 2017, and as the number of people suffering cold and flu symptoms increases, it limits the number of regular donors who are able to give,” blood service spokeswoman Helen Walsh says.

“We need people who are fully recovered from colds or the flu, and those who have avoided it, to take the place of those who are unable to answer our call.”

People can still donate blood if they’ve had the flu shot.

Donors who have had colds or the flu can give blood again seven days after they have recovered. – AAP 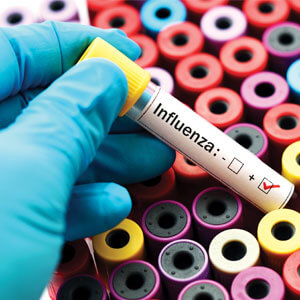 Seasonal influenza is characterised by a sudden onset of fever, headaches, sore throat, coughing and muscle and joint pain. It is spread by body fluids from infected people.

“The old myth that you spread germs by kissing is nothing… you are spreading germs by touching and holding hands.”

Australia’s Department of Health says vaccination should aim to achieve the highest level of protection during the peak season of June to September. Vaccines offer the best protection in the first three or four months. It’s not too late to head for the doctor’s surgery.

When will we have parity in sport?
Every bid for Sam’s pool helps sick kids