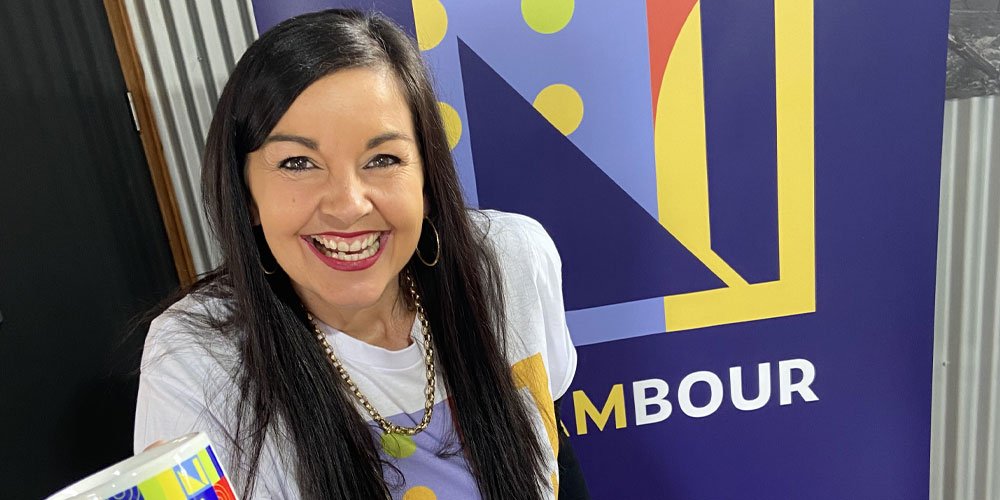 After more than 20 years of campaigning to bring a new lease of life to the region, Nambour locals are excited for its future after the launch of a new brand identity.

The ‘I am Nambour’ brand has been developed as part of the Nambour Economic Transition Strategy (NETS) and embodies the diversity, resilience and pride of the town’s business community. The new look will allow local businesses to market under one consistent look and feel, to encourage investment and pride in the town.

For two decades, resident Simone Pearce has been championing to have the “forgotten town” put back on the map and is pleased with the rebrand outcome.

“It’s a great movement,” she says. “It vindicates what I’ve been banging on about for the past 20 years, that Nambour is this diamond in the rough.”

With the Nambour sugar mill closing in 1970, Sunshine Plaza opening in 1994 and Sunshine Coast University Hospital opening in 2017, Ms Pearce says there has been a history of people and business being diverted from Nambour.

She was part of the first attempt to rebrand Nambour 18 years ago through Nambour Alliance and Nambour Futures.

“That was the first attempt council made to do a rebranding. They actually had some funding to do some streetscaping down on Anne Street. That was the start of a journey that saw significant efforts to try to garner support in and around the town for the community to take ownership and revitalise and revamp the town.”

Ms Pearce is the chair on the board of Boldbridge Group, which manages Nambour RSL. She says the rebrand is a chance for the town to take control of its future. “I live locally and want to go to Nambour for nights out and different events and for my kids sport, and to do that I want it to be a vibrant place.

“I want to be able to think I’ve got lots of options and it’s a place preferable to spend some time rather than go elsewhere.

Living a breathing all things Nambour, chair of Nambour Retailers Rhonda Billet is encouraging businesses to jump on board.

Reimagine Nambour facilitator Kerry Brown says the committee is excited to be a part of the engagement process.

“Nambour is proud of its heritage, its uniqueness and its inclusive community and this new brand will connect all of that together,” Ms Brown says. “It will be able to help businesses to really show the rest of the Sunshine Coast and Australia that Nambour is a supportive community which encourages growth and diversity in business and works collaboratively to achieve great outcomes.”

Reimagine Nambour was established in February 2020 to help create a roadmap to transform Nambour’s economy while maintaining its distinct identity.

Continue Reading
You may also like...
Related Topics: Nambour