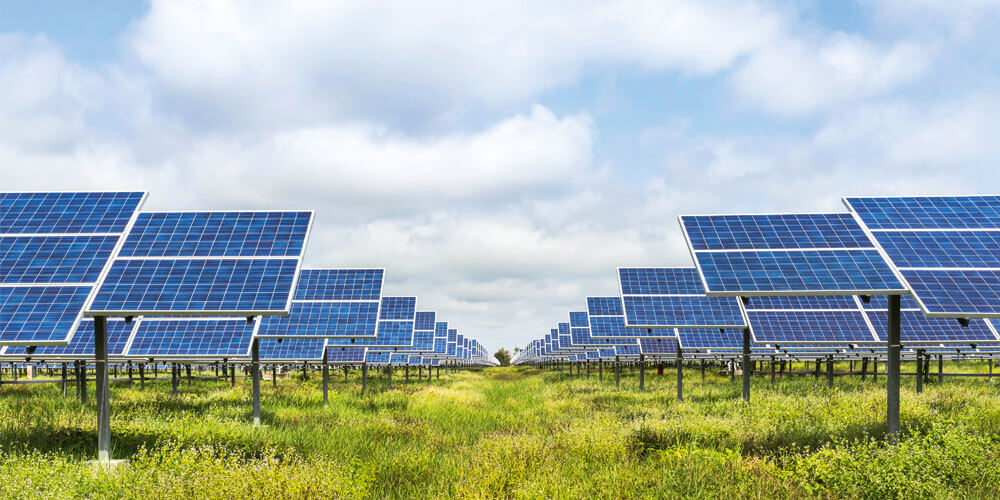 Following the release of the Australian Competition and Consumer Commission report on electricity prices in August this year, electricity retailers have been offering some impressive discounts for those who shop around. But what if I told you that you could save $1000 a year just by changing the way you access your electricity?

I’m talking about solar power. One in four Sunshine Coast residential properties already has a photovoltaic (PV) solar system, so it’s not a new concept for the region. In fact, local governments around the country are looking to the Sunshine Coast Council after it became the first regional council to offset its entire electricity consumption from renewable energy generated at the country’s first council-owned utility-scale solar farm.

A council spokesperson says in its first year of operation, the 15-megawatt Sunshine Coast Solar Farm at Valdora generated more than 25,100-megawatt hours of energy, prevented around 20,000 tonnes of carbon emissions from entering our environment and delivered $1.7 million in savings against business-as-usual costs for electricity supply.

Solar has long been embraced by the Sunshine Coast community and according to the Australian Photovoltaic Institute there were 47,356 systems installed on 41 per cent of dwellings as at September 30 this year.

A council spokesperson says if you add all of the rooftop solar PV systems and the solar farm together, the region would have a solar power station that was 180 megawatts in size.

Trevor Berrill is an award-winning private consultant in sustainable energy system design, and he says this hypothetical power station would generate enough energy to power 40,000 homes for a year.

Mr Berrill, who founded TREVolution, has joined forces with the council to share his expertise through its Save With Solar campaign, which will highlight the benefits of solar to residents and business owners.

So how does solar work? The simplest explanation is that it harnesses energy from the sun and converts it to electricity that can be used directly in homes or sent to the power grid, where energy retailers offer a feed-in rebate for every kilowatt of power they receive from your rooftop.

Whether your system is set up to use the PV system’s energy in the home or send it to the grid is largely based on your feed-in tariff. If, for example, you were receiving the maximum 44 cents that is common in systems installed before July 2012, it would make more economic sense to send it to the grid and buy back power from your energy retailer at the rate of 17 cents a kilowatt.

Those who are on a lower feed-in tariff rate of seven cents would be better off using their solar power in the home as it is cheaper than buying power.

Mr Berrill says either way, solar will always “place you ahead”.

“A typical home saves about $1000 a year with a four- or five-kilowatt system if they are using between 18 and 25 kilowatt hours a day of energy,” he says. “Homes that directly use their solar get the most out of it if they shift their appliance use to daytime hours, between 9am and 3pm, and this can be done by using the timer function on appliances.

“Peak solar generation is between 12pm and 2pm, which also coincides with when we typically see a peak in demand for air-conditioning on a hot afternoon, but it doesn’t reduce the peak in demand that occurs in the evenings between 6pm and 8pm. It is there that battery systems become useful.”

Residential battery systems allow you to store excess solar power generated during the day to be used once the sun goes down.

According to SunWiz, the first consultancy firm to audit the home battery market in Australia, more than 6500 households nationwide installed a solar battery in 2016, which was a staggering 13 times the amount of the previous year.

Mr Berrill says that number has since skyrocketed, with around 20,000 battery systems installed across the east coast of Australia alone in 2017. He says this rapid increase is largely due to the cost of battery systems coming down.

“The people who get the most benefit from battery systems are larger homes rather than small users of energy,” he says.

“The payback period for a typical solar system is three to five years, whereas when you add in a battery storage system, it goes out to seven to 10 years, which is roughly the life of the battery.

“Most people who install battery storage are doing it for reasons such as being able to displace energy use at night and providing back-up power in the event of a storm blackout.”

Mr Berrill says while it’s possible to design a solar and battery combination that allows your home to become independent of the grid, it is not a financially viable solution for those who have access to the existing electricity system.

As of June 28, 2018, the Queensland Government began to offer interest-free loans for solar, and recently announced it will also offer rebates for battery storage for households and small businesses as part of the Affordable Energy Plan.

With the costs of establishing new solar and wind-farm power generation stations also becoming much more attractive to the companies controlling power generation infrastructure than refurbishing or replacing ageing coal-fired and gas power stations, a future where the country is run on sustainable power is looking ever more likely.

It’s something Mr Berrill has dreamed of since he began working in renewable energy four decades ago. “When you look at places like Saudi Arabia and Dubai, they are starting to install large-scale solar systems and the price is so cheap due to the solar resources that they have,” he says.

“When you look at places like Longreach, for example, it is right up there with the best solar radiation levels in the world.

“We know it’s possible for an entirely sustainable future for electricity generation. We have done extensive computer modelling of the whole east coast power network. It is technologically and economically possible to do it and it is already happening. AGL are building a 450-megawatt wind farm in Coopers Gap and a 250-megawatt wind farm has been installed on the Atherton Tableland.

“There are numerous large-scale solar farms being built right along the whole east coast, some combining battery storage or pump storage, where you use excess power to pump water up through a reservoir and down through an electric turbine to generate power into the evening.”

Mr Berrill says these are exciting and innovative times for Australian companies, which are “leading in many ways”.

A council spokesperson says the awards acknowledge the forward thinking move by the council to proactively take control of its electricity supply to combat rising electricity costs.

“Council remained committed to delivering the solar farm project during a period when national investment in electricity generation was being seriously damaged by absence of clarity on emission and energy policy,” the spokesperson says.

“It has always been council’s view that this project is good for the region. We are now encouraging the community to look at how solar can benefit them.”

HOW TO GET THE BEST DEAL

It pays to shop around when choosing an electricity supplier, as some retailers have been offering some great discounts to gain customers. But with some offering discounts on the total cost of a power bill and others applying discounts only to your power usage, for the consumer it  can feel a bit overwhelming choosing a new supplier. When people with solar systems then try to compare the various solar feed-in rebates and charges on top of that, it makes it harder to compare apples with apples.

Mr Berrill says because south-east Queensland has such a competitive market, it is possible for those on a lower solar feed-in tariff to seek a higher rate. Comparing what is on offer is made infinitely easier thanks to a government website that allows you to input your current charges and get a comprehensive look at what else is on offer.

Visit energymadeeasy.gov.au to see if you can get a better deal today.

Mr Berrill says it is important to use a reputable business when looking to have a new PV solar system installed. He recommends doing some research and selecting a business that has been “in the game” for more than five years, has a good reputation and can provide you with details of previous jobs they have done.

Mr Berrill urges property owners to get at least three quotes and to be wary of cheap solar systems. “A good figure to aim for is $1 per watt, so $5000 for a five kilowatt system after any government rebate would be a middle of the range system,” he says.

“At the end of the day, you get what you pay for and if you are offered a really cheap price, they have to be taking shortcuts somewhere. Often this is in the quality of the equipment or the installation process.”