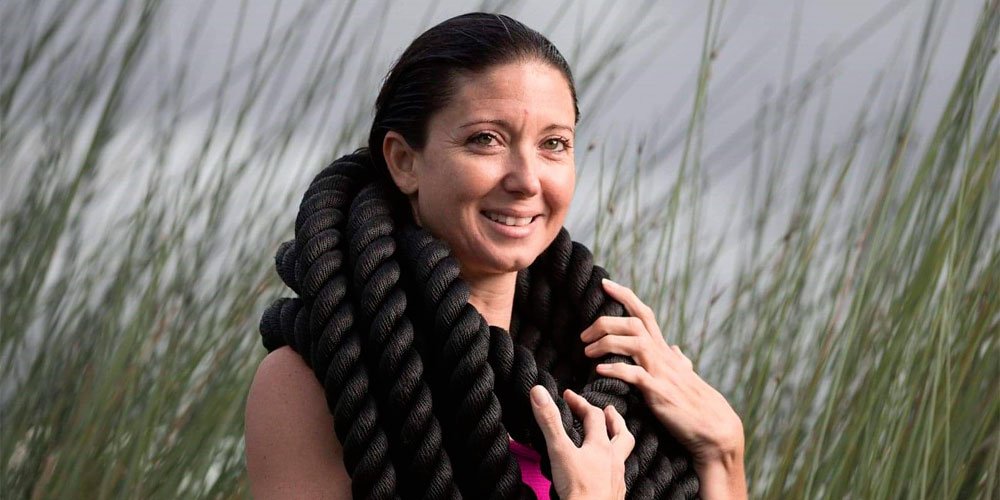 Endurance athlete Kate Clark remembers the phone call of almost 25 years ago as if it were yesterday. Living in Sydney in 1998 at the age of 17, she was eating dinner with her mother Kim at their favourite Italian restaurant after a two-hour training session.

In a time before mobile phones, her mum’s pager started beeping. The realisation of what the continuous beeping signal meant sent Kate charging towards her own pager, left in the car outside, for confirmation.

The vital call she needed to make took another sprint around the corner to the nearby veterinary clinic where she worked.

“It’s funny what you remember. The vet had stable doors and the bottom door was shut,” Kate, now 42, of Meridan Plains, says.

“I had the two practice owners and one of the other vet nurses all peering over, watching me make this phone call. I just remember sliding down the wall.”

The shock of finally hearing the words: “we’ve got a liver for you” left her speechless. By then, Kim had arrived at the vet to finish the emergency call to Kate’s organ donor transplant co-ordinator.

That scene is indelibly etched into memory because it is the day Kate received her second chance at life.

Although her brother Johnny died at just 15 from complications after his third liver transplant, all three family members benefitted from the surgery that added precious years to their life.

National DonateLife Week 2022 runs from Sunday, July 24 to Sunday, July 31 to raise awareness of the importance of organ and tissue donations. It encourages more people to start a conversation with loved ones about their wishes to donate after their death and to take a minute to register at donatelife.gov.au/register-donor-today with their Medicare card. 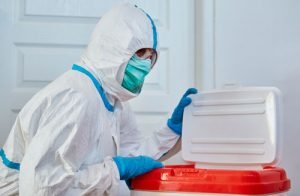 While seven in 10 Queenslanders support organ donation, only one in three is actually registered, and the Australian Government’s Organ and Tissue Authority, supported by state and territory DonateLife agencies, urgently needs to close that gap.

Organ donation is a rare event, occurring only when someone dies in an intensive care unit or emergency department, as organs must be working well to be transplanted. In all cases, organ donation will proceed only if there is a person on the waitlist who is a match.

One person offering their organs means up to seven people can come off the waitlist – even more for eye and tissue donations.

As a grateful organ recipient, Kate raises awareness of the importance of registering and what it means to receive the gift of life from another human being.

She says that having more people registered as organ donors opens the door to a greater number of recipients, should the circumstances enable it.

The liver from her anonymous deceased donor wasn’t a perfect match but it was good enough to proceed to transplant and saved her young life.

For Kate, every week is DonateLife Week. “It’s a lifelong challenge to educate and inspire other people to donate,” she says on a chilly Saturday morning, after a 3am wake-up for a 4am run.

“You’ve been given a new lease on life and while you couldn’t do it pre-transplant, post-transplant the world is your oyster.

“And that’s all thanks to a generously selfless gift that somebody in their darkest moments have been able to gift you.

“I was put on the list in November and I had my transplant in January.

“The surgeons came in and basically said that had I not had it that week, I probably would have had major heart failure.

“That was because of the strain my liver was putting on the rest of my organs.

“I hadn’t noticed too many changes, but my doctors had noticed a few things. They told me afterwards … that I didn’t have any circulation to my legs. My heart wasn’t able to pump the blood around my body enough.”

The change she felt in her energy levels was nothing short of extraordinary after the surgery – she jokes that she felt like the Energizer bunny.

The resultant joy of loved ones following a successful organ transplant cannot be under-estimated, either.

Kate was only 12 when Johnny died but is grateful the family had an extra six years of happy memories with him than they had thought possible.

She shares the story of an afternoon at the local public swimming pool when a group of younger children spotted his three-pointed star scar – shaped like a Mercedes-Benz car badge – from his sternum to just above his belly button and stretching out and down either side.

“My brother puffed his chest out like a bit of a peacock and he goes: ‘You’ve got no idea. It was such a close call with a great white shark. It was intense’.

“He wasn’t going to be able to explain what he’d been through to these kids anyway. But it was a badge of honour.”

Since her own liver transplant operation, Kate has honoured her donor and their family by keeping fit and healthy, as well as living her life to the fullest.

That doesn’t just include working alongside husband Paul as they manage an over-50s lifestyle community together.

She takes on elite endurance and obstacle events such as the physically and mentally challenging 24-hour Enduro and Spartan Races and has earned podium finishes.

While a liver transplant lasts an average 12 years before another is required, Kate is proud to have been on an almost 25-year journey.

As one of the longest-serving Australian athletes on the roll call at the biennial World Transplant Games, she remains undefeated in the 3km road run, 400m, 800m and 1500m running races, 3km race walk and is a member of 4 x 100m and 4 x 400m relay teams.

“Prior to the transplant, I was fit and fairly competitive. I was a nationally ranked race walker and long-distance runner, even with liver failure,” Kate says.

“I was probably one of the lucky people in that respect in that I still had a fairly normal existence prior to transplant.

“Lying on the table before going under sedation [before transplant surgery], the team knew our family quite well because of my brother. The mood was light and there were lots of jokes.  “The donor transplant co-ordinator said, ‘Look, the Australian Transplant Games are in Ballarat in September. I bet you can’t make it’. And I was like, ‘All right, bet’s on’.”

After the surgery, Kate spent a tough three months in hospital when “everything that could have gone wrong post-transplant did”, and a further three months of home nursing.

She is now on medication for life to ensure her body doesn’t reject the donated organ and send her into liver failure again. She must have blood tests every three months, regular scans and check-ups, and sees her specialist at Brisbane’s Princess Alexandra Hospital annually.

The successful liver transplant has allowed Kate to celebrate her 18th and 21st birthdays, to walk down the aisle and to travel.

And yes, she did represent her country at those Transplant Games in Ballarat, with the help of her athletics coach, nine months after her operation.

Those are milestones she will never take for granted.

But rather taking one day at a time, Kate knows she can now look to the future and make plans.

“There was a time where I just winged it and lived by the seat of my pants, purely because you live a long time wondering what each day is going to bring – pre-transplant and particularly when you are on the waiting list,” she says.

“‘Is today the day I’m going to get the call?’ It’s like waiting for the kettle to boil when you’re hanging for a coffee. It’s the longest wait of your life.

“Given that the doctors actually said to me: ‘You’ll probably have a life expectancy of this liver of 12 years’, when I got to 12 years, I was petrified.

“I just kept waiting for it to fail. And then after 14 years, I just went, ‘I’m not going to live expecting things to not go right. I’ll just keep on living and I’ll do everything right to maintain that health’.

“I often say I’m probably healthier than the person sitting next to me in the movie theatre. Now I like to make plans. I do plan for retirement and I do plan for old age because I expect that.”

Register as an organ and tissue donor at donatelife.gov.au/register.

DonateLife Week 2022 runs from Sunday, July 24 to Sunday, July 3, and aims to encourage Australians to register as organ and tissue donors.

We need to talk about racism
Wishlist welcomes new manager