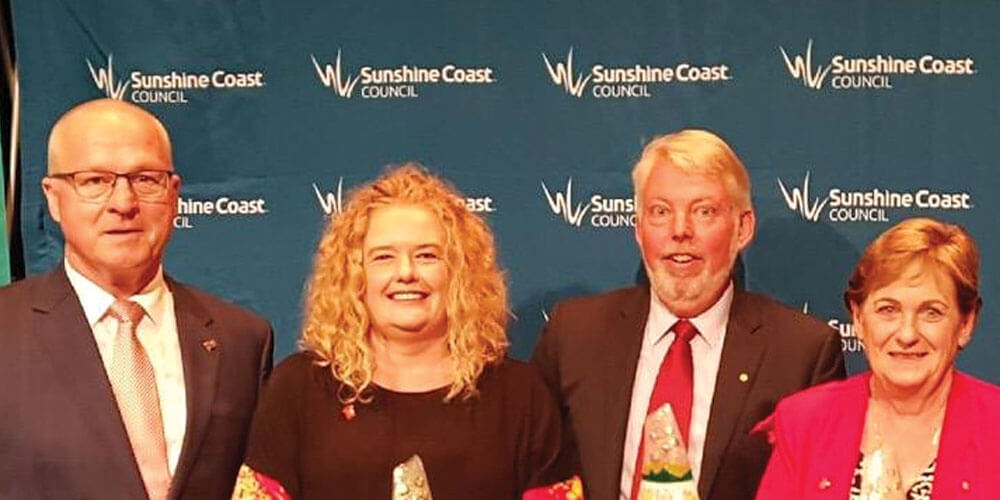 When you have individuals as iconic, dedicated and tireless as Bruce and Denise Morcombe, both nominated for the Sunshine Coast Australia Day Awards Citizen of the Year, it is no wonder judges had a hard time deciding which of them should take out the top honour this year.

So, they did the only thing they logically could do – awarded it to both of them at the special ceremony held at The Events Centre in Caloundra on January 23.

Speaking to My Weekly Preview during a much-needed family holiday in Tasmania, Mrs Morcombe says the icing on the cake was seeing the Daniel Morcombe Foundation, which they set up in memory of their son, who was abducted and murdered in 2003, also take out the Community Group or Organisation award.

The foundation assists educators and parents to teach children about their personal safety, help young victims of crime and empower people to make their local communities safer for children.

Mrs Morcombe says their small team of staff and large team of volunteers work tirelessly on many different aspects of child safety that the wider community doesn’t know about.

“We have done a lot over the years with the limited money that we have, most of which is received from mums and dads and gold coin donations from school fundraisers for Day for Daniel each year,” she says.

“We have just over 20 videos on our website that anyone can watch for free with different child safety messages, as well as apps and games that guide children through ways to keep themselves safe.

“We have also helped a lot of child victims of crime, those who have been sexually abused or who have had a family member murdered. It is the most heartwrenching part of what we do, but also the most rewarding.”

Mrs Morcombe says they often don’t meet these young people, but they receive applications from the Department of Child Safety or homicide support groups requesting assistance and they allocate funds for school supplies or support services to help them to get back on track.

“We also have the Walk Tall Program, which we run with two counsellors out of the office at the Big Pineapple to assist children from Gympie down to Caboolture,” she says.

“It provides counselling and emotional support to children and adolescents on the Coast who have either experienced or are at risk of physical, emotional and/or sexual harm.”

The Morcombes have taken a step back from organising the annual Dance for Daniel, which will be held in Brisbane Town Hall on March 10, and the Day for Daniel, which is held on the last Friday of October each year, but their schedule is still packed.

Having already spoken to children from more than 500 Queensland schools and another 100 interstate, the couple will continue with their busy schedule of school visits this year.

“We already have the next six months worth of schools already booked and locked in to start in five weeks’ time,” Mrs Morcombe says.

Mayor Mark Jamieson admits the judges had a hard time separating the Morcombes when it came to choosing the Citizen of the Year.

“The work Bruce and Denise have done for our community, and many other communities across Queensland, has and will continue to help protect our youngest citizens from harm,” he says.

“Their dedication to promoting child safety is honourable and this award is one way we are able to show our appreciation for their work.”