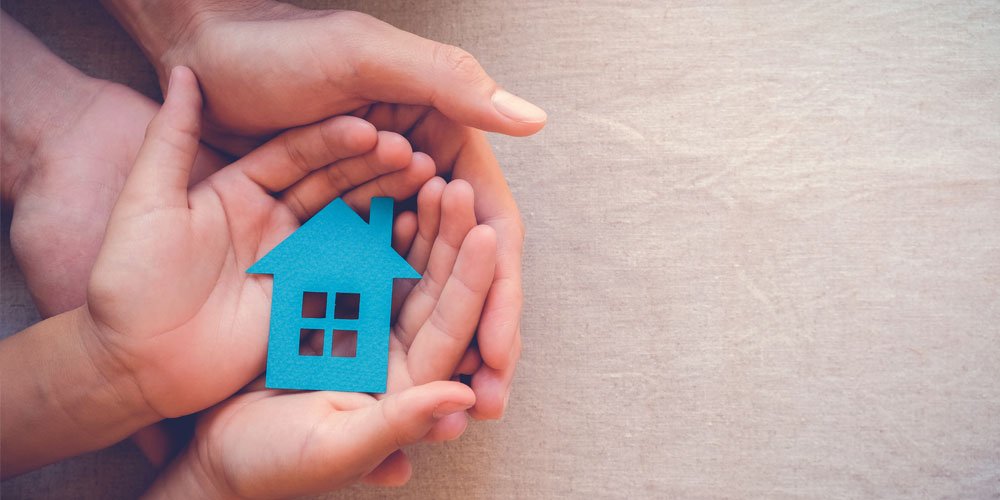 Without a permanent place to call home, a Sunshine Coast man fears being fined by the council each night as he shelters from the cold in his van.

The man, who wishes to remain anonymous for safety reasons, tells My Weekly Preview he is unable to find accommodation and has decided to live in his van permanently.

“This is just day-to-day living, it’s just existence,” he says.

“I try to keep a low profile and be as less visible as possible, so I don’t get in trouble.

“I don’t want to be paying fines for being homeless – that is just double standards. It annoys me when the council calls it camping. When you are homeless, your daily existence is living out there without a house.”

Previously working for companies like Nokia and Channel Nine, the skilled technician battles a chronic health issue and says due to needing privacy for his health, the “nomadic” lifestyle is his only option.

He has been on the Sunshine Coast for the past three months and sleeps in a converted minibus.

He says caravan parks and rental accommodation are either too expensive or full, and shared accommodation is not a viable option.

“With my health issues I need privacy, I need quiet and need to be on my own rather than be in a shared place.

“If there were private property owners who would allow parking for people in vans, I would possibly consider that.

“The holiday parks are too expensive. There should be something with free camping or less expensive possibilities, which there are in some places, but you cannot stay there for too long.”

While he feels fortunate to have a van, the man says it is heartbreaking to know that many locals are in similar situations of homelessness.

“I feel sorry for the local homeless people more so than myself. There are locals that are just doing that for survival. I feel for people who are in less fortunate situations than me because there are people on the street without a vehicle like me.”

The crisis stretches far and wide across the Sunshine Coast and Noosa Council regions, and both regional mayors have expressed concerns and willingness to help.

At the time, Cr Jamieson, who chaired the roundtable, said discussions focused on this year’s priorities to help address homelessness on the Sunshine Coast. These initiatives focused on innovative options including overnight accommodation, crisis options needed in our region and ongoing advocacy work required.

Cr Stewart says the affordable housing crisis in the tourist town is so dire the only accommodation option for one family is a tent in Kenilworth, almost 60 kilometres away.

“We have very few properties in Noosa that are available for under $500 per week.”

Cr Stewart gave the example of a family being assisted by the Salvation Army.

“We’ve got a mum and two kids, she’s fully employed, she had to be out of her rental because people were moving back into their home by Friday, and this was
a Wednesday.

“The only place we could get her was a tent in Kenilworth.

“I moved a mayoral minute in December to look at rezoning some areas from low density to medium density to put more residences on.” 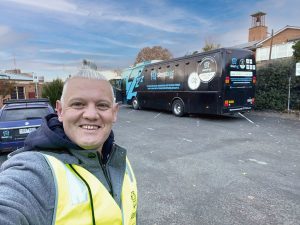 Sleepbus founder Simon Rowe with a fitted-out bus, similar to what the Maroochydore Sleepbus will look like

The Sunshine Coast’s first sleep bus will be introduced this year as one of the solutions to the region’s growing homeless emergency.

With housing and rental prices soaring, recent statistics from Maroochy Neighbourhood Centre reveal 769 people within the Maroochydore community are living rough on the streets.

Community development coordinator Mark Ellis says these statistics do not include “couch surfers” or those living in tents, and that 63 per cent of people who present to the centre in need of housing help are men.

“We are getting hammered and we are seeing a lot of new people,” Mr Ellis says.

“It’s not just men, it’s females and families who cannot afford the increase in rent.

“Their tenancies have finished and if they want to stay, they need to look for another $80 a week.”

Mr Ellis says it is an all-too familiar story, and just recently a woman, whose husband is stranded overseas, has been forced out of the family rental after the weekly price was increased by $85.

“Mum is here with three young kids trying to survive while her husband is stuck overseas, and the rent went up $85 a week and now they are sleeping in a tent and essentially homeless.

In an effort to alleviate the high percentage of men living rough, Maroochy Neighbourhood Centre last year began a fundraising campaign to fit out a Sleepbus to house around 17 men each night.

“The bus is now getting prepared; they’ve ripped out all the seats and it is going away to have all the bedframes fabricated.”

Sleepbus founder Simon Rowe is congratulating the local community on its fundraising efforts in a statement to social media.

“What an amazing effort by Mark and the community on the Sunshine Coast,” Mr Rowe says.

“Now that the funds have been received, the work can begin.”

The bus will be parked in Maroochydore and sleep 17 to 20 men each night in Japanese-style pod beds with a television, heating, air-conditioning, lights, ports to charge mobile phones, as well as room for pets, to allow men to have a safe night’s sleep.

“If we had the bus here, you could jump on board. You’re safe and get up in the morning, have brekky, have a shower and look at your day ahead,” Mr Ellis says.

The centre can then connect Sleepbus users with various service providers to help them navigate the next step in securing more permanent housing.

Now a fundraising campaign has begun to raise $100,000 for the Maroochydore Pink Sleepbus to fill the void for women and their children.

Sleepbus was founded 2016 with projects now in Melbourne, Canberra and Queanbeyan, as well as the two Maroochydore buses.

Each sleep bus has a designated parking spot, where it stays for the night, from 8pm until 8am, 365 nights a year.

Mr Ellis says it is important to intervene with the homelessness cycle before people in these situations begin to lose hope.

“There is homelessness and then after homelessness there is hopelessness, and once someone reaches that point it’s really hard to bring them back,” he says.

Mr Ellis fears the homelessness crisis will become worse before it gets better and says the cost of keeping someone sleeping rough safe each night comes with a hefty price tag.

“If people actually realised how much it costs to keep a person homeless, they would be shocked,” he says.

“It costs around $30,000, being conservative, a year to keep someone living on the streets.

“That is just the basics of hospitals, ambulance, police, safety and court.

“We don’t get funded to do what we do, we do it because they are part of our community.”

To donate to the Maroochydore Pink Sleepbus campaign, visit: sleepbus.org/fundraisers/maroochydorepink.

“This is such a wonderful initiative. And to know one for women and children is in the planning – great work Maroochydore Neighbourhood centre. But how sad it is needed.” – Alis

“Wish we had [this] last year when I could find zero emergency accommodation in my crisis but glad my friends can look forward to a safe, warm place to sleep.” – Cheryl

“This is actually more valuable than people realise. One of the barriers to homeless people finding employment and permanent accommodation is the fact that they cannot sleep safely all night and therefore tend to sleep during the day. You’d be amazed how things can change after a good night’s sleep where you feel safe.” –  Karen

A Mooloolaba reader has also commended the initiative. “Great idea … it’s a temporary fix but if it gets people a warm safe place for the night, I’m all for it. Rentals are scarce and overpriced. [It] makes the future look grim. Huge thanks for this bus.” – Jennie

Meanwhile Noosa resident Fiona is calling for more to be done to address the issue itself.

“The problem of growing homelessness needs to be solved at a deeper, systemic level. Things like the sleep bus are essential, albeit band-aid measures that address the immediate needs of people. But they don’t address the cause of the problem, which is housing affordability and everything that influences that, including government policy.” – Fiona