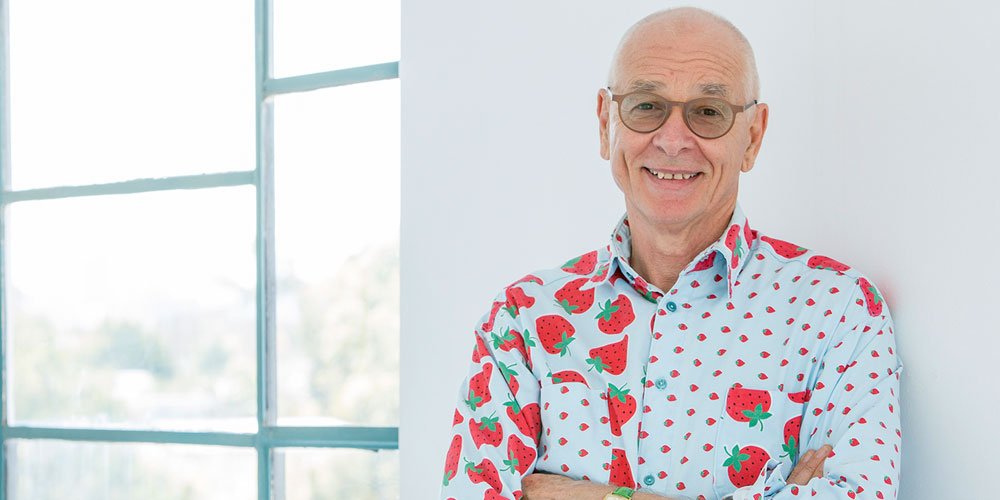 At a time when accessing accurate, reliable information is crucial to the health and safety of our community, conspiracy theories, myths and misinformation are running rampant, spreading like wildfire on social media.

Facebook recently took the step of removing some of this misinformation and you may have seen the COVID-19 Information Centre alert pop up at the top of your Facebook feed, directing you to information from recognised health organisations.

1. We should stop social distancing in order to speed up the development of herd immunity by having more people catch coronavirus.

A YouTube video featuring an interview with biostatistician Knut Wittkowski, formerly of The Rockefeller University, advocating this theory has been viewed more than 1.2 million times. Another YouTube video with two doctors from Bakersfield, California expressing the same idea received more than six million views and was shared by high-profile people such as Elon Musk on Twitter, before YouTube removed it for contradicting health authorities.

DR KARL: This is half right and it leaves half of it out. There are two ways to develop herd immunity. One is by being exposed to a disease and the other is by getting a vaccine. With the measles outbreak in Samoa last year, a hundred kids died of measles and everyone else had herd immunity, except the people related to the hundred dead babies. Sure, in the narrow sense, it’s right – but you also get a lot of dead people.

About five out of every 100 people infected with SARS-CoV-2 will go to hospital because they need a ventilator. It’s not like a CPAP machine; it needs skilled people to operate and there are not many of them around. If you have 100 people turning up and 100 ventilators, 50 will survive. If you have 10,000 turning up who need ventilators and only 100 ventilators, 50 will survive and 950 will be dead. So that’s 950 people who didn’t have to die. You want the virus to dribble into the community at a slow rate until we get the vaccine. So what these people are saying is quite right, we can stop the quarantine and develop herd immunity. On the other hand, if you wait for the vaccine, all those people don’t have to die.

We’ve just had the world’s biggest quarantine ever, where over 50 million people got quarantined at over a dozen cities in China. That effectively stopped the spread of the virus, but is that really all there is to it? It seems to me there will be more. Two out of every 100 people go into a cytokine storm, which is where their immune system kills them. With a cytokine storm, you get generalised inflammation, organ failure and die. So long as those people exist, then the virus is still out there and as we don’t have a vaccine, or a drug or [enough] testing, we have to do this to have some degree of protection for those poor buggers.

2. Coronavirus will lead to mandated vaccination.

DR KARL: Good! And we should also have mandatory education, where people are taught to read and write. After what happened in Samoa, I’m amazed at people telling me the measles vaccine doesn’t work. We saw a hundred babies dying from measles. We didn’t see anyone dying from the measles vaccine. We are not seeing people dying from the adjuvants in vaccines. Apples contain cyanide. Have you ever eaten an apple? Big deal, you survived.

People benefit from the society they live in, so they have to pay a penalty. My freedom to wave my arms finishes when my arms get near your face. I can wave my arms all I like, but I can’t punch you in the face and I can’t pass a disease on that can kill you. [Anti-vaxxers] are coasting on the people who have been vaccinated; in most cases they can get away with it, provided herd immunity is high enough.

The trouble with the coronavirus vaccine is first we have to develop it, test it on a small number of people, a medium number of people, then loads of people, then finally release it. The disease called AIDS killed 27 million people in the first 25 years. We’ve managed to stop it killing people by giving them drugs. Finally, we developed a vaccine and after three years we’ve found this vaccine doesn’t work. The only way you work out if a vaccine works on something as complicated as humans is to try it.

3. Coronavirus is either a cover-up for the implementation of 5G or is caused by 5G.

DR KARL: I’ve been following this all the way back from powerlines to the first generation of mobile phones to 2G, 3G, 4G and 5G. In each case, people have claimed there’s a vast increase of cancer cases, for example. This could be a result of 5G, which hasn’t been studied yet because it hasn’t been around a long time. But maybe we’ll all wake up in the morning to discover bags of gold at the foot of our bed, which is just as likely. The towers people have been knocking down are the 3G and 4G towers – the 5G towers are tiny. The sad thing is, many people are out there protesting 5G and not wearing hats. They’re exposing themselves to definite cancer-causing radiation from sunlight, to protest against radiation.

4. 5G weakens the immune system and makes us more susceptible to the virus.

DR KARL: It’s entirely possible, but very unlikely. Also, it could be the exact opposite and boost the immune system – show me the proof. At this stage, there is zero proof that 5G interacts in any way whatsoever with the immune system. The thing about 5G is it’s a higher frequency, which means we can transfer more data, but that means it penetrates less into the human body than 3G and 4G, which use lower frequencies. It’s the exact opposite of what people think. With 2G you can be underground in a parking lot and still get reception. It got a bit worse with each generation. The penetration is terrible. You can stop it with a brick wall. It’s hopeless; it’s only got a range of about 100 metres.

5. Coronavirus doesn’t exist and is all part of a plot by the evil overlord Bill Gates to rule the world or get us all microchipped or something.

DR KARL: That’s difficult to disprove – if you refuse to look at an electron micrograph and ignore the clever work the microbiologists have done in looking at this virus. The first thing is all the microbiologists and all the infectious disease officers would have to be wrong and the second question is: why? Is it because they’re too stupid, or they’ve been threatened or they are too evil? It’s just beyond comprehension.

6. Coronavirus is not as dangerous as the flu.

DR KARL: When people say the flu kills more people, they’re correct, but they’re looking at the total number of deaths in a year when the flu has swept through the community. What we’re looking at here is the early stages before coronavirus has ramped up. It’s like saying I’m going into the ocean and my head’s not wet, only my feet are wet. That’s because you haven’t gone all the way in yet. The death rate for SARS-CoV-2 is 10 to 100 in every 1000. The death rate for the flu is one in 1000. Because it’s early days, we haven’t got the full number of deaths for SARS-CoV-2 yet.

7. Coronavirus was created in a lab

DR KARL: That’s easy. Did it come out of a lab? Maybe. Was it created in a lab? No. The RNA is only 30,000 rungs long. It’s quite short compared with human RNA, which is three billion, and every single bit of it has been mapped. At the moment there are two strains. There are minor variations. The reason there are minor variations is the RNA does not breed true; it makes mistakes. RNA viruses mutate much faster than DNA viruses. Is it mutating? No. We’ve only seen minor mutations. This virus, SARS-CoV-2, is 50 per cent identical to the MERS virus, which was in 2011. It is 75 per cent identical to the SARS virus of 2003. When you look at the bits that are different, it’s exactly what you’d normally see when things mutate. Was it put together in a lab? We don’t have the technology to do that yet. Could it have come out of a lab? Sure. In Wuhan is a biosecurity lab level four – which is a very high-level laboratory –  where they were researching coronavirus. Shi Zhengli is the director of that laboratory.She was testing coronaviruses and swears blind not one single coronavirus she has tested looks like the one that’s out there. She says it did not come from her laboratory, it came from the wild.

DR KARL: The World Health Organisation (WHO) has a total budget of US$2.4 billion and their budget for this kind of emergency is $280 million. By contrast, the Centers for Disease Control and Prevention in the US have a total budget of around $12.7 billion. What the WHO have been doing with their money is they’ve successfully wiped out smallpox and it’s the only organisation globally trying to wipe out polio and measles. In this case, they were a bit slow in calling it a pandemic, but it’s easier to be wise afterwards. This is not the time to withold funding from the WHO or undermine them, because they have lots of experience in dealing with emergencies worldwide. Have they made mistakes? Of course they have. Have they done good stuff? Yes.

9. My friends on Facebook and David Icke seem to know more about what’s going on than the world’s top medical experts. What’s up with that?

DR KARL: They haven’t heard of peer-reviewed science. It’s amazing the number of people in the population who think that a video is automatically correct. Also, they haven’t been taught physiology, which is incredibly complicated. Most people have never studied the human DNA, physiology and immunology. They don’t know how to do science. Do they claim to know more than a plumber about plumbing? It’s like saying, “I’m not a car mechanic and I don’t need to pay $500 to maintain my car every year, all I have to do is put crystals and a pentagram on my car and it will keep working fine”.

DR KARL: Vitamin C is a cure? It would be wonderful if it was; we have zero proof. They’re trying everything. At the moment what we’ve got is nothing. We have got one pathway into making a drug. The drug will probably work on the spike protein, which is how the virus makes its way into the cell and travels to any cell in your body – lung cell, heart, liver, kidney. The spike protein kisses up against the cell membrane and makes its way into your cells. One virus particle goes in, millions come out. At the University of Queensland, they’ve discovered a molecular clamp, a protein that grabs onto the spike protein, and stops it from changing shape and therefore it cannot get into your cells. Now of course, you’d like to think our government is funding that, but it’s funded by the Norwegians. We need a drug like this and we’re spending a couple of million dollars, which is pathetic. What we’ve got to do is throw money at it in all sorts of different directions and something will pop up. Unless we throw money at it, we’re not going to get it.