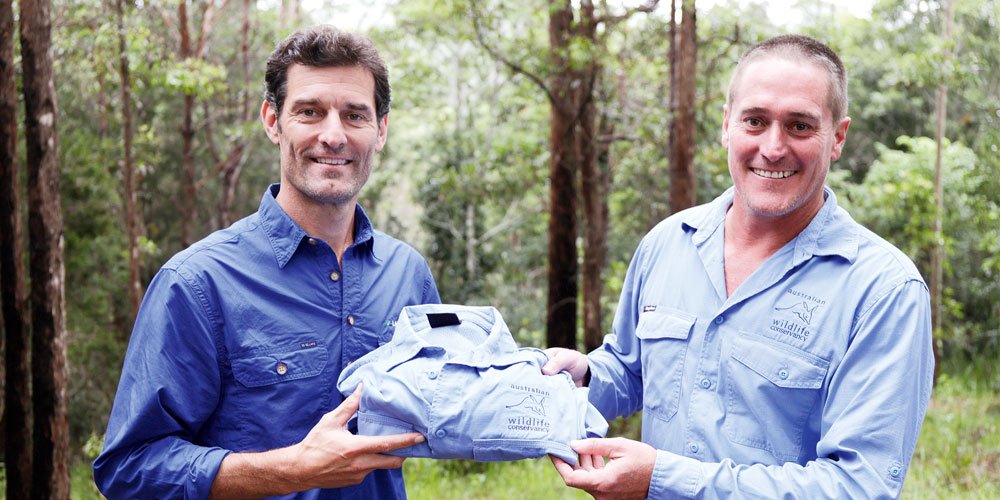 A Blackall Range wildlife sanctuary will soon be home to an additional 26.1 hectares of land in an effort to protect hundreds of local species of flora and fauna.

Curramore Wildlife Sanctuary, now a 196.1-hectare site on the western escarpment of the Maleny Plateau, is part of the Australian Wildlife Conservancy (AWC).

AWC is a not-for-profit organisation that owns, manages or works in partnerships at 30 properties across the nation, covering almost 6.5-million hectares and protecting more than 1800 native species.

“At Curramore, here we are part of the Little Cedar Creek catchment area, we protect a really important part of the catchment for that area,” Mr White says.

“The sanctuary is home to over 270 species including 15 threatened animal and plant species as well as koalas, subtropical antechinus, red-necked wallabies, rare golden-tipped bats and endangered Richmond birdwing butterflies.”

Mr White says the area is a known koala habitat and has a diverse flora habitat, ranging from eucalypt to rainforests.

“Most of the property is dominated by tall eucalypt or brush box forest with a vine forest understory.”

Mr White says AWC uses a unique model of science-informed land management to carry out its work, and the Curramore property offers a unique opportunity to collaborate with the local community.

“AWC has a really unique model, we have land managers based on our properties, it’s a key part of the work that we do.

“Curramore is a really important location for Australian Wildlife Conservancy, not just the beautiful habitat, which we protect here, but it’s right on the doorstep of a major population base.

“It’s a key opportunity for us to engage with our supporters, stakeholders, but also community groups and other education groups.”

One of the biggest challenges for Curramore is the invasive lantana weed, which remains a major threat to the habitat.

“AWC’s main focus is to demonstrate an effective strategy for the large-scale control of lantana, and other weeds, within southeast Queensland,” Mr White says.

“At the time of purchase, more than half the land area of Curramore was infested with lantana, along with much of the remnant forest in the region.

“The forest was severely compromised, with lantana excluding almost all other vegetation and preventing recruitment to the canopy layer.

“Over the past 10 years, AWC staff and volunteers have undertaken a systematic control program, removing lantana and restoring the native ecosystem.”

Mr White says the program has become an effective and feasible method he hopes will act as a catalyst for other regional control efforts.

“Fire is required for the long-term maintenance of some habitats but needs to be excluded from other communities such as rainforest.

“AWC’s fire management on the property aims to maintain and restore a grassy understory in Eucalypt woodlands, retard the invasion of lantana and protect the rainforests.”

To help boost awareness for their work, former Formula One driver and Sunshine Coast property owner Mark Webber has been named an AWC ambassador.

It comes just weeks after the federal government officially noted the extinction of an additional 13 endemic Australian species in the last 200 years, leaving Australia as one of the worst countries for mammal extinctions.