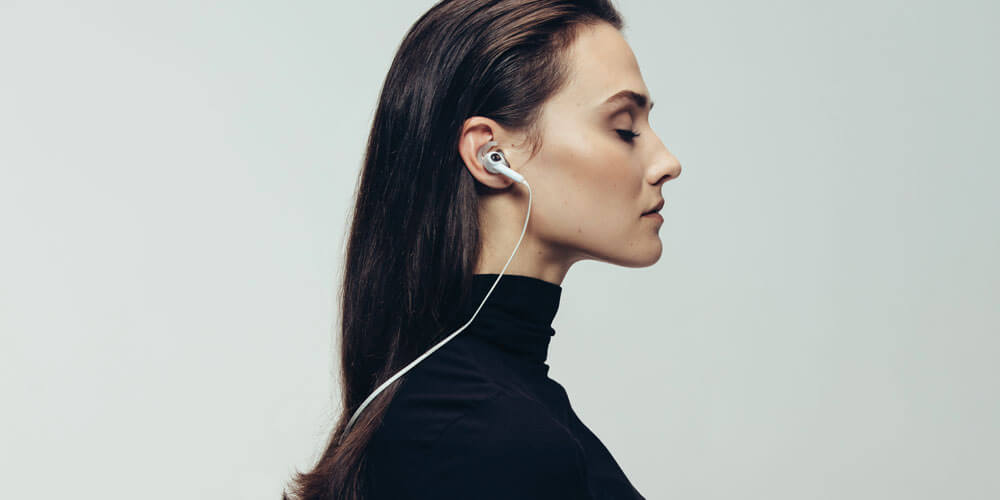 Mia Freedman has always been  a media pioneer and her full-speed charge into the phenomenally popular world of podcasting is no exception. Her media company Mamamia produces 11 podcasts that attract two million downloads a month and with 65 million downloads across Mamamia’s suite of podcasts to date, something is clearly striking a chord.

“It’s growing exponentially for us,”  says Ms Freedman. “Podcasting is the fastest-growing part of our business in  terms of revenue and audience.”

But it took a while for Ms Freedman to persuade her team that podcasting was the next big thing. “About five years ago I had been on my summer holidays and I had really gotten into podcasts,” she says. “I was going on long walks on the beach and I loved the way podcasts would let me do things while retaining information. On holidays I wanted  a break from reading things on my phone.

“After that I came back and said to our management team here at Mamamia, ‘we all need to get into podcasts’. They all dismissed it and pretty much ignored me. They said we had a lot of other priorities, so I just went off on my own and started making Mamamia Out Loud on an iPhone and we’ve built  it from there.”

Mamamia podcasts cover everything from beauty to business, books to babies and a bunch of subjects in between and Ms Freedman says she could release a new one each week, such is the insatiable demand for new content.

“I listen to podcasts literally everywhere,” she says. “In the shower, when I’m driving, when I’m getting ready, folding the washing, in the car with my kids, on the way to work, walking to the office – it’s also my favourite thing to do on weekends.

“What I love both as a listener and a maker of podcasts is it’s the only truly mobile form of [on demand] media. With every other form of media, you can’t do something else while you’re consuming it. With a podcast, you can mow the lawn, walk the dog…

“I think what people love about it is the intimacy of it. It’s so much more intimate being in someone’s ears. I love the ability to give nuance with tone of voice and I love the immediacy of it.”

Ms Freedman’s popular No Filter podcast has her interviewing a host of fascinating people and she learnt early on that audio plus visual doesn’t always equal a better interview.

“Interestingly with No Filter, I did it out in the office and videoed it at first,” she says. “I quickly stopped doing that. I found the difference between people being filmed or just being recorded was that you get a much better quality of interview on a podcast.

“People are much more open and honest and unguarded and that’s what I love about it. People feel safer.

“The other thing I love as a podcaster is people don’t ‘hate’ listen to podcasts. People will hate read or hate watch, but people don’t listen to a podcast as background noise so it’s a real privilege to have their attention.”

As an avid podcast listener and creator, Ms Freedman has her finger squarely on the pulse of podcasting and says its meteoric rise in popularity is due to a number of factors: it informs and entertains while you perform necessary but boring tasks and it’s a highly addictive medium that allows you to consume information while giving your eyes a rest from screens. But most importantly, through its inherently intimate nature, it taps into people’s emotions and unites them around salient issues.

“Once you discover podcasts you dive deep and you’re hooked,” Ms Freedman says. “When I’m out with my girlfriends we’ll say, ‘have you heard this podcast?’ Everyone will have their phones out subscribing to new podcasts. People are really building communities around podcasts.”

It’s a sentiment Jennifer Thompson  from Sunshine Coast Libraries agrees with wholeheartedly. As the library programs and marketing officer, it’s her job to keep an eye on trends in book borrowing and as part of that, she’s at the coalface of societal trends in information consumption.

“Libraries are ahead of the zeitgeist,” she says. “We know what our customers are asking for and there has been quite a bit of conversation around podcasting lately.”

A podcast fan herself (her favourite is The Little Dum Dum Club), Ms Thompson on says podcasts are so popular because they make you feel like you’re part of a conversation.

“It’s like they’re speaking to you,” she says. “We’ve noticed a massive surge of interest in terms of not only podcasting but the massive rise of true-crime material.”

True crime is one of the world’s most popular podcast genres and was the first to snare a devoted global audience with the debut of smash-hit podcast Serial in 2014. Serial was the first podcast to unite people in online groups and forums and turn them into a bunch of Sherlock Holmes wannabees. The Serial subreddit (a discussion group on social media site Reddit) attracted 60,000 members and the first two seasons of Serial have been downloaded more than 340 million times.

Season one of Serial is about the murder of a teenage girl and featured interviews over a prison phone line with Adnan Syed, who was convicted of her murder. It was incredibly addictive and spawned online communities of people eager to see Mr Syed, who professed his innocence, get a retrial.

Since Serial, a host of true-crime podcasts have snared our attention and turned us into a community of amateur sleuths, from S-Town (which set a record of 10 million downloads after four days of availability) and Criminal, to Australian true-crime hits Who the Hell is Hamish and The Teacher’s Pet.

The Teacher’s Pet investigated the disappearance of Lynette Dawson in 1982 and resulted in the arrest of her husband, former rugby league player Chris Dawson, in December 2018. Journalist Hedley Thomas and producer Slade Gibson won the Gold Walkley Award for their work.

“Podcasts are pretty much the biggest thing in the world outside of Brexit at the moment and people are fascinated with true-crime podcasts,” Ms Thompson says.

“With The Teacher’s Pet podcast, the amount of community recall, support and call-in guided Hedley Thomas heavily to the finish. He could have just worked in an office, but by doing a podcast, people had their memories jogged just by listening. People would think, I remember seeing something, I’m going to call him.

“It’s the same deal with Rachael Brown’s true-crime podcast Trace. It’s one of the podcasts where she was able to get enough public support and evidence to get it back to the Victorian coroner, who is going to reopen the case. Now she’s written a book about what she did to investigate and how that translated into a podcast.”

True-crime podcast Wrong Skin won Podcast of the Year at the Australian Podcast Awards. Wrong Skin is an investigation by The Age into the 1994 death of two Indigenous young adults in the Kimberley. The Age  editor Alex Lavelle called it an “immensely challenging project which pushed the boundaries of storytelling and production”.

“True-crime podcasts not only affect  and compel audiences in the same way a page-turning novel does, but lately they have also been a platform of community to form around discussion of unsolved crimes. Often a request by the podcast for any listener who might know something to contact them leads to the story itself taking a new turn in later episodes.”

In 2015, Mr Gertler, an independent podcaster, felt the podcasting industry was starting to mature and would benefit from its own awards. In 2017 he launched the Cast Away Awards, rebranded in 2018 to become the Australian Podcast Awards.

“My vision for the Australian Podcast Awards is that it grows and more and more people come along who aren’t even podcasters but just want to celebrate.”

A podcast die-hard who first got hooked on the Radio Lab podcast in 2012, Mr Gertler says, “Once you like podcasts, you really, really like them a lot. Radio Lab just blew my mind – once that type of podcast gets under your skin, you can’t go back from there.

“I think that’s one of the essential ingredients of a podcast – the intimacy of the conversations people have. Ultimately it’s the simplicity of podcasting that makes it work so well. It’s easy once you find something you like, to consume as much as you want.”

While binge-watching Netflix or spending hours on social media isn’t great for our brains or our eyes, bingeing on podcasts is one addiction that’s not likely to have negative side effects.  “The only thing that happens if you listen to too many podcasts is that it becomes all you want to talk about, which can be a problem,” Mr Gertler laughs.

“But I think it’s a very positive thing. It opens people up to worlds they wouldn’t otherwise have access to. They can learn new skills, they can learn about a new career or industry, they can get inspired to so something good with their life, they can learn how to make themselves more healthy and they can connect with people who are into the same things they’re into.

“Pop culture, arts, literature – if no one else in your neighbourhood is into it, you can feel like you’re connecting with people who are on your level.”

Sunshine Coast Libraries has plans to establish a dedicated podcast recording studio on the Coast. With the growing global popularity of podcasting, the Libraries team is keen to support the creation of local content. The State Library of Queensland has provided a grant of $19,000 to help create a soundproof recording studio that the whole community can access.