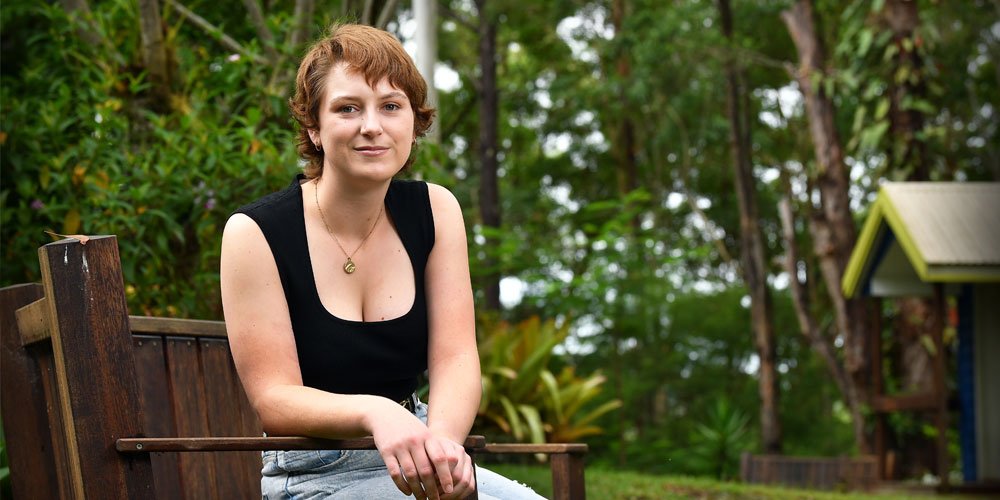 Imagine being a fit and healthy 20-year-old and receiving a cancer diagnosis leaving you in fear of your life and “alienated” from you friends.

That was the reality for Shelly Rankin who, after experiencing what she thought was a cold that did not go away, was left in complete shock when her doctor told her she had Hodgkin’s lymphoma.

Having never heard of the disease, it took her a bit to register it was a potentially fatal form of cancer with, at the very least, a gruelling treatment road ahead.

A week after the diagnosis around Easter last year, she was rushed to hospital with breathing difficulties and had 1.5 litres of fluid painfully drained from her lung.

Enduring six months and six rounds of chemotherapy Ms Rankin says, treatment aside, receiving a diagnosis like this in her twenties had an impact on her young life.

“Nobody really gets how intense it is to have to take on a disease with full-on treatments and everything. I felt alienated as I watched my friends go to uni while I felt stuck in mud taking one step at a time and hoping I would get through.”

After treatment, the 21-year-old is in remission and finally able to think about moving forward with her life. “Blood tests and other scans have shown no evidence of cancer,” she says.

“I have six-monthly check-ups and monitors for symptoms, but as far as I know I am cancer free.”

Bloomhill Cancer Care was an integral part of Ms Rankin’s treatment and she says the organisation “just got it”.

“What’s helped me is having a community who understand. Even if they’re not your age or your cancer, people get it. You just talk to people and keep in touch; find like-minded people. We’re all a lot more mature than others our age.”

CEO Christopher John says 2022 marks 25 years of providing personalised support to those touched by cancer. “The Greatest Need Fund is for individuals or organisations who want to give but want their dollars to go toward the most urgent shortfalls, across any area of the organisation, from nurse wages to paying the main operating expenses,” he says.

“We are a community-based organisation and receive no ongoing government funding. Almost 100 per cent of our funding comes from our entrepreneurial endeavours and community donations.

“Over the past year, we have supported more than 1400 people and provided more than 7120 occasions of nursing, allied health care and wellness activities each year at our wellness centre in Buderim.”

In 2022 Bloomhill is also planning to renovate its Buderim wellness centre to provide more therapy rooms, client resources and spaces dedicated to those touched by cancer.