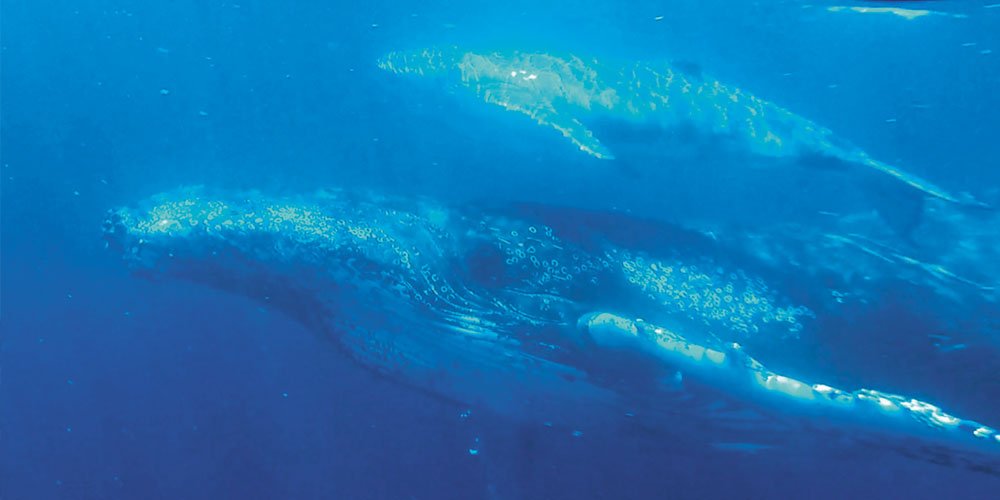 Whale watching season has officially kicked off on the Sunshine Coast as 35,000 humpback whales begin to migrate past the region.

“If last year’s season is anything to go by, we will see whales from now through until the end of the season in early November, and we expect we can
expect more than 25,000 people on our whale watching and swim with whales experiences.

“We are already seeing good numbers of whales and expect to see adult whales looking for mates, mums ready to calve in the warmer waters, as well as juvenile whales travelling in pods.”

Mr Hart says whale watching tours will be onboard Whale One, which underwent a refurbishment in 2019, while swim with whales tours use Sunreef’s fast boats.

In celebration of the season, Sunreef Mooloolaba is also launching a 24-metre whale watching boat to give guests the best experience to see these majestic animals up close in their natural environment.

The T6 has been brought down from Cairns for the season in anticipation of continuing company growth.

“T6 is an incredible vessel for up to 100 guests with great whale watching viewing on the top deck, both inside and outside, and great viewing on the bow, stern and inside on the bottom level as well,” Mr Hart says.

“We are trialling T6 to see how she could potentially extend our whale watching, scuba diving and snorkelling offerings throughout the year.”

“Whale watching season is an economic driver for the tourism sector, during what is traditionally a quieter period,” Mr O’Pray says.

“It brings in visitors, who spend not just on whale watching but also on accommodation, hospitality and other attractions, which in turn creates employment and I just love it!”

The season runs until October 31, with the swim with whales experiences finishing on October 17.

Continue Reading
You may also like...
Related Topics: whales

92.7 MIX FM raises half a million for Sunshine Coast kids
Portraits of mankind