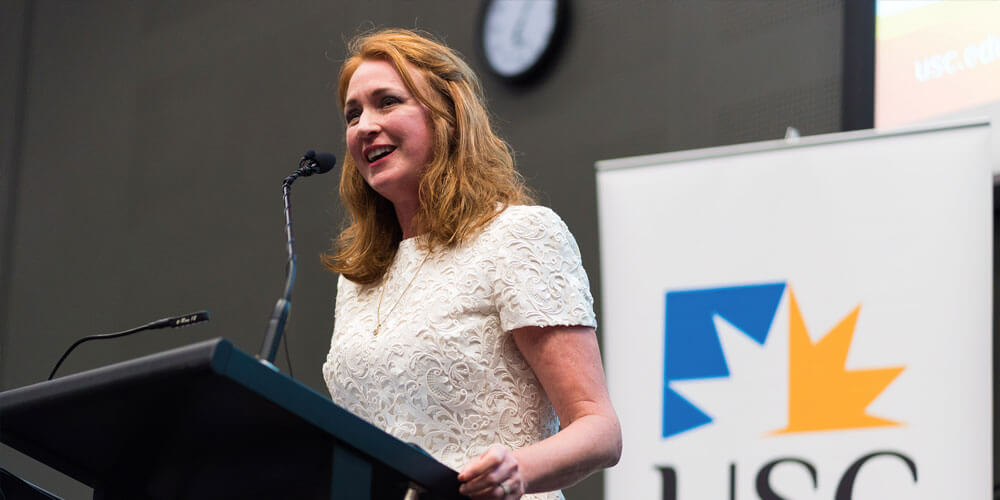 Sunshine Coast health care leaders, charity founders and tireless fundraisers as well as environmental champions are among the local legends selected by Governor-General and Chancellor of the Order of Australia Sir Peter Cosgrove to receive one of the 1400 prestigious awards he awarded on the Australia Day 2019 Honours List.

Holding the position from 2003 to 2017, the Pelican Waters resident was instrumental in the planning and delivery of the $1.8-billion Sunshine Coast University Hospital.

Since moving on from the SCHHS, Mr Hegarty is the Associate Professor of Health Management at the University of the Sunshine Coast as well as holding positions on a number of advisory committees.

Dr Steven Coverdale was awarded an OAM for his service to medicine on the Sunshine Coast, particularly to cardiac health.

The Buderim resident has been the senior staff specialist at SCHHS since 1993 and headed up the University of Queensland Sunshine Coast Clinical School from January to November 2017, holding the position of conjoint head from 2008 to 2017.

Dr Coverdale’s links to the Nambour General Hospital began in 1994 when he was a director of physician training and he has held numerous positions over the years, including director of medicine, head of the medical student program, director of clinical training and founded the Cardiac Catheter Laboratory in 2012.

Wishlist co-founder Michael Kelly was recognised with an OAM for service to the Sunshine Coast community.

The Sunshine Coast health charity was established in 1998 and Mayor Mark Jamieson says thousands of patients and their families have benefitted from the accommodation and equipment provided as a result of Wishlist’s fundraising efforts.

Susan Chapman received an OAM for her service to conservation and the environment, creating a legacy that will benefit many generations to come.

The Marcoola resident has been an active contributor to so many environmental groups and initiatives that we cannot list them all here. Her highlight reel includes being an Honourary Senior Fellow at the USC since 2013 and contributing to Healthy Land and Water, the Regional Advisory Group, Maroochy Waterwatch, Sunshine Coast Environment Council and the Noosa Biosphere Reserve Foundation.

Music icon Barry Bull of Buddina was awarded an OAM for his service to the performing arts, particularly through music.

Mr Bull was the inaugural chair of the Australian Music Retailers Association in 1992 and was the owner of Toombul Music from 1981 to 2008. He has spent the past four years raising funds for the Hear and Say Foundation and is the director of The Gift of Sound.

Denis Hare of Glasshouse Mountains was recognised with an OAM for service to veterans and their families. Mr Hare has created a number of websites geared towards veterans as well as writing and editing publications.

Amelia “Lenore” Burton of Maleny received an OAM for service to youth through the Friends of Ebeneezer Association she founded in 2003.

Two more residents were recognised with Member in the General Division of the Order of Australia (AM), Jan Becker for service to community health through neonatal organisations, and to aviation and Robert Finch for significant service to squash through a range of administrative roles and as a player.

Doing our bit for sustainability
Help those who help others