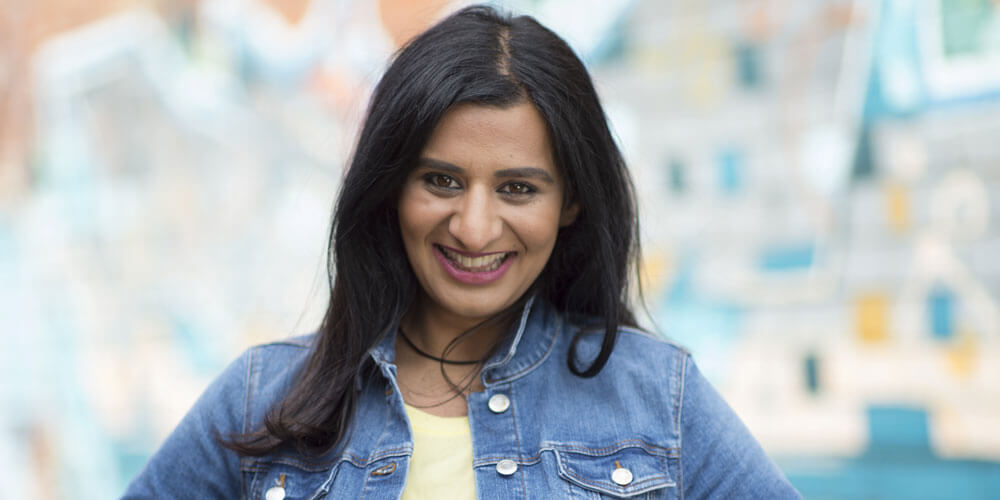 International Women’s Day has traditionally been a solid 24 hours dedicated to giving the women’s rights movement a platform in which to discuss, debate and advocate for gender equality.

But this year, the Sunshine Coast has a host of events kicking off on March 1 and continuing through to the March 9.

The first International Women’s Day (IWD) was held in 1911, yet the World Economic Forum’s 2017 Global Gender Gap Report found gender parity is still more than 200 years away, sparking the theme for this year’s IWD, #PressforProgress.

With global activism through the #MeToo and #TimesUp campaigns, there has never been a better time for members of the community to work through the challenges, but the key speakers at this year’s events on the Coast have all had a unified voice when they say this is a journey women should not have to travel alone.

Encouraging men to be part of the solution has been a strong focus this year, with gold Logie winner, Victorian Australian of the Year 2018 and Love Your Sister founder Samuel Johnson the guest speaker at Sunshine Coast Business Women’s Network IWD breakfast on March 6 and leadership trainer Paul Tribe taking up a position among a talented line-up of ladies in WINDO’s Let’s Hear it for The Girls evening.

Ms Pasha says the recent social media campaigns coming from Hollywood to raise awareness of sexual harassment and poor treatment of women are steps in the right direction.

“It shows that people are ready to come out and be brave, and when one woman decides to back herself, she creates an opening for others to follow suit and shows that it’s okay for us to stand up as a group,” she says.

“I am extraordinarily proud of these Hollywood women who have found the power to come out and speak, even when they have so much to lose. There is so much more for us to gain because of their actions.”

Ms Pasha encourages all women to be brave in all aspects of their life. She was on track to follow the advice of her traditional Indian Muslim parents to “get a degree, get married, get a mortgage, have five babies, raise them and drop dead”.

“That was what they classed as a successful life,” Ms Pasha tells My Weekly Preview.

But after winning a competition to co-host The Project in 2015, Ms Pasha was emboldened to create her own live talk show with a goal to inform people through entertainment, and in just a few short years, it has evolved into much more.

“You don’t see ‘moozie’ [Muslim] girls out there carrying on like pork chops, pardon the pun, and being humorous and being comfortable with being a little bit of a bogan,” she says.

“I get up on stage and dance hip-hop and laugh and scream and shout and make jokes. Some people and minority men would say because I don’t wear a hijab, I shouldn’t be going around calling myself a moozie.

“But you know what? I am more than comfortable with my religion and the way I practise it and when people see that, they lose the fear they might have.”

Ms Pasha now sells out her interactive live shows, is in high demand as a motivational speaker, has a steady relationship management role and has become the breadwinner in her home. And her husband Nick Rangasamy-Shakeel is comfortable with that.

“It takes a strong man to be behind a successful woman and we need to give them credit where it is due,” she says.

“Women are now very much capable of looking after themselves and gone are the days when our role was to cook, be the cleaner and the housewife. We can now do all of those things and so much more, but because we have come so far, we have to be careful not to disempower men at the same time.”

Coming from a corporate background, Ms Pasha says there is undoubtedly a “bamboo ceiling” in Australia, where there are plenty of women in middle to senior management, but very few in the executive level and, on average, women are still paid less than men.

“The key is not to just blame men. We also need to work more on women empowering other women, because the lack of it is a huge problem,” she says.

“Working in corporate, I have seen a lot of bitchiness and competitiveness among women, where women feel overprotective of their positions because they have worked so hard to get where they are, and this leads to them putting other women in their place by belittling them. We will take a huge step forward when women start supporting each other.”

Ms Pasha says this competitiveness filters through all areas of society, characterised in the working mum versus the stay-at-home mum debate, which continues to rage with neither side holding back on their criticism of the other.

This is why she has made it the mission of her talk show, The Husna Pasha Show, to bridge the gaps that exist between all humans, be it between genders, races or religions, to create happier people who have no time to judge each other.

The 2015 Sunshine Coast Outstanding Business Woman of the Year and acting president of the Sunshine Coast Business Women’s Network will be the keynote speaker at the long-standing Zonta Club of Caloundra’s IWD breakfast on March 8.

“This year’s celebrations are a particularly important discussion-starter in relation to the theme to press for progress in gender equality,” Mrs White says.

“Women contribute in so many ways, but there is definitely a gap in senior leadership positions in our nation.

“There are only 26 per cent of women who sit on boards and I have sat on national and state committees and boards and have seen first hand the gender bias that does exist. I am often the sole female amongst a complete panel of men.

“I do not believe in gender quotas, but I am a believer in achieving a balanced and holistic perspective, so it is important to have both men and women contributing.”

Mrs White says she has often wondered why it is so hard for women to make it into the top echelons of business. “It’s very hard to put your finger on why, there is not one determining factor,” she says.

“But these conversations during International Women’s Day are a great way to break down any barriers that exist, and often they are perceived barriers rather than real ones.

“While there is only 26 per cent of women in top management, I see that as 74 per cent opportunity, so go get ’em girlfriends; don’t sit back, get involved in your industry and when one door opens, it will lead to another and that’s how it happened for me.”

Mrs White became the youngest and first stand-alone female to achieve a position in the IGA Hall of Fame in July last year, the highest recognition for the independent grocer’s sector. She will share her career highs and lows as part of her presentation at the Zonta breakfast and confesses she “never really loved” what she did in the early days of running the business alongside her husband Michael.

But the loss of her dear sister, which was emotionally crippling for Mrs White, forced her to refocus and she channelled her grief into getting to the core of what her business was.

“I realised we were not just selling baked beans; it was so much bigger than that. Suddenly everything went from black and white to colour and it ignited this unstoppable passion within me,” she says.

“I think the first action of opportunity is to recognise it and then it’s having the courage to walk through that door even though you might not know what may be on the other side. It’s intimidating and scary, but it might just lead you to something you may have never dreamed that could happen in your life.”

Mrs White says having Samuel Johnson speak at the SCBWN breakfast is sending a message to the community that the network supports moving forward on issues of women’s equality as a whole community.

“Samuel’s story of his unwavering support of his sister through breast cancer and his Love Your Sister campaign has touched all of our hearts,” she says.

“He is the perfect fit, to be honest. He’s so proactive with women’s issues and women’s health so there is not a more appropriate person to begin to champion the unity between men and women, which is incredibly powerful.”

WINDO founder and director Jeanette Dal Santo says embracing change as a community is at the core of the organisation. “If we’re going to have strong leadership with women, we need to be dialoguing with men about how our leadership is slightly different and how we come from a different perspective that is just as valid,” she says.

“Cultural change has to happen at some point, and it can only do so by supporting what is going on out there. We live in a very visual society and if we’re not seen, then we’re not heard, basically. Women are out there being seen and we are also having good intellectual debates and celebrating through many channels.”

Healing through art
No place for plastic