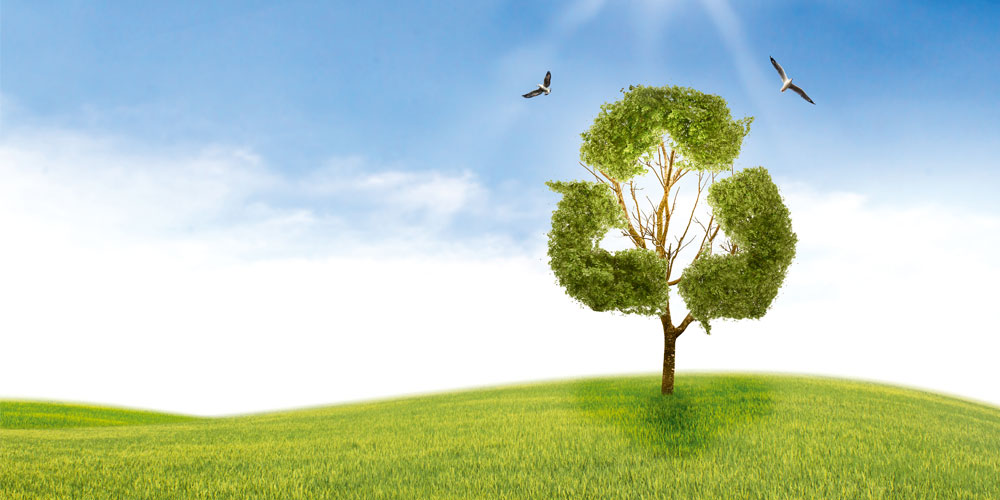 Did you know that each year every Australian family throws away enough rubbish to fill a three-bedroom house from floor to ceiling? Australians produce more than 18 million tonnes of waste per year. This is equivalent to three million rubbish trucks full of tightly packed waste.

The good news is that the Sunshine Coast is on track for a greener future. Mayor Mark Jamieson is among many council leaders throughout the state who have thrown their support behind the Local Government Association of Queensland’s (LGAQ) target to achieve zero waste sent to landfill by 2028.

The LGAQ set the goal after China moved to severely restrict the waste it imports from other countries to only the most highly sorted, cleaned and processed waste.

China previously took about 50 per cent of the paper and plastic thrown into Australia’s yellow-topped bins and its withdrawal has seen the global price for recyclable waste plummet, forcing all levels of our government to think of ways to future-proof the Australian recycling industry.

This was further compounded when Ipswich City Council pulled the pin on its kerbside recycling program after finding it would have to increase rates by up to two per cent to keep the program running. It was reinstated a few days later due to public outcry.

It is in this climate that the LGAQ has decided to revisit and update its research into bringing waste-to-energy plants to Queensland and it is boosted by a survey conducted last month by polling company Crosby Textor, which showed 88 per cent of Australians support any move to assist the recycling sector.

LGAQ CEO Greg Hallam says his organisation has been investigating the technology and its financial viability for a decade. Three years ago a contingent visited operational plants in the US, UK and Canada.

“The UK and Canada went down this path a decade ago, Scandinavia is leading the world and there are 140 of these plants in the US,” he says.

“Western Australia has committed to building the first one in Perth, which will be large enough to deal with half of Perth’s domestic waste. But we want to build a network for the entire state to deal with as close as possible to all domestic waste by 2028.”

To achieve this, the LGAQ is investigating the creation of five plants – three in southeast Queensland, one in central Queensland and one in the northern end of the state. The total cost is estimated to be $2.5 billion.

“The advent of a waste levy makes it possible,” Mr Hallam says. “We are now dusting off the study we began three years ago to review and update it with technological developments and costs and we expect this piece of work to be finished within two to three weeks.

“[What happened in China] certainly triggered this to happen now. We have always run our recycling programs at a loss and we’re always subsidising recycling at various points and along the way, the subsidy gets quite large.

“Our intention is not to stop recycling. It would be far better to turn it into energy than to put it into landfill, and in the event that recycling markets collapse or some of the waste stream cannot be re-used, turning it into energy is a far better outcome for the environment.”

Mr Hallam says recyclables will still be removed from the waste stream before unusable materials are fed into the plants, which use rubbish as a fuel for generating power, much like other power plants use coal, oil or natural gas.

The rubbish is superheated, creating steam that drives turbines to create electricity, preventing the release of up to one tonne of carbon dioxide for every tonne of waste that is diverted from landfill.

By-products of this process include metals that can be reused, and bottom ash, which can be used in road base and building bricks. The emissions are run through a series of filtration and decontamination systems.

While some may claim implementing this technology by 2028 is aspirational, Mr Hallam says it is entirely achievable. “If we took 18 months to do detailed works on sites and look at engineering and another two years to build the plants, we would be well inside the early 2020s, so 2028 is very doable,” he says.

“We are yet to present anything to the councils as at this point in time, there is no big picture, financial feasibility, engineering or location work done. But even so, we’ve had no one say we’re wrong and the SEQ Council of Mayors has explicitly endorsed it and shown strong interest and support.”

The Sunshine Coast Council is already taking tentative steps in the direction of waste-to-energy, last week approving the expansion of Nambour’s landfill and endorsing a plan to include a “generation plant that will convert methane gas produced by the landfill into electricity to supply the local power grid”.

The expansion is expected to allow the site to meet the region’s waste disposal needs for at least the next 22 years, when an estimated 493,000 people will call the Sunshine Coast home.

Division nine councillor Steve Robinson says a number of changes were made to the application in response to the submissions received during the material change of use period, including placing conditions on the approval to address environmental and amenity concerns.

“The approved proposal will benefit the community by providing certainty for our region’s ability to sustainably manage waste into the future,” he says.

“To ensure transparency and integrity of the assessment process, this application was assessed by an independent third-party agency and the relevant state government agencies.”

Even as the Ipswich City Council temporarily canned their recycling program, sending at least four days’ worth of recycling to landfill before reinstating the program, the Sunshine Coast Council has remained strong in its resolve to continue and strengthen the service.

“On the Sunshine Coast, we have been relatively insulated to date from these impacts as the council has its own Material Recovery Facility (MRF) for the primary sorting of material from yellow-top recycling bins,” a council spokesperson says.

“Australian and international recycling markets are volatile, with market fluctuations impacting on recycled waste commodity prices regularly. The decision by China to no longer receive a large proportion of recyclable materials for reprocessing has introduced another level of volatility and complexity to the industry, nationally and internationally.

“This issue is also being felt by councils across Australia to varying degrees, with local government associations – particularly the LGAQ – highlighting this as a concern to the federal and state governments.

“The development of suitable on-shore processing facilities is necessary, and this is just one area where collaboration by all tiers of government is vital in resolving this matter.”

With a renewed strategy covering 2015-2025 now in place, the council spokesperson says there are a range of priorities, including support for re-manufacturing and purchase of recyclable products here on the Coast.

The spokesperson says residents should maintain their commitment to recycling at home and in the workplace in order to reduce the waste that ends up in landfill and where possible, reduce the amount of waste they produce, reuse items and buy recycled products.

While this is going on at a local level, peak recycling industry association Australian Council of Recycling (ACOR) is advocating a National Circular Economy and Recycling Plan.

It proposes a one-off investment of $150 million in the nation’s recycling infrastructure, which it claims will allow half of the material previously exported to China to remain in Australian and made into new recycled content products, creating up to 500 jobs.

ACOR’s $150 million proposal includes $28 million on harmonising the recycling and waste collection systems across the nation, producing clear and identical information for everyone and running an information campaign.

It would like to see a further $33 million on upgrading recycling sorting centres with new robotic sorting machines, better filters and more workers.

The expansion of paper pulp mills and building new centres that grind plastic and glass into pellets would cost $57 million and a further $32 million would be spent on promoting and implementing the use of raw materials for infrastructure.

ACOR CEO Pete Shmigel says his organisation has had increased support from the Australian public to see a first-ever national plan for recycling, governments buying more recycled content products, and making it compulsory for the packaging industry to produce goods that are both recyclable and contain recycled content.

“The community knows recycling makes sense and that’s why they participate. They have made the system strong over 30 years and it’s up to ministers to future-focus recycling for its next 30 years as a domestic industry that’s a key part of a circular economy,” Mr Shmigel says.

“The right chords have been struck by [the Federal Government] about investing in recycling’s future, but we did not hear two very important sounds – implementation details and dollars in the till.”

Arts on the horizon
On the right track