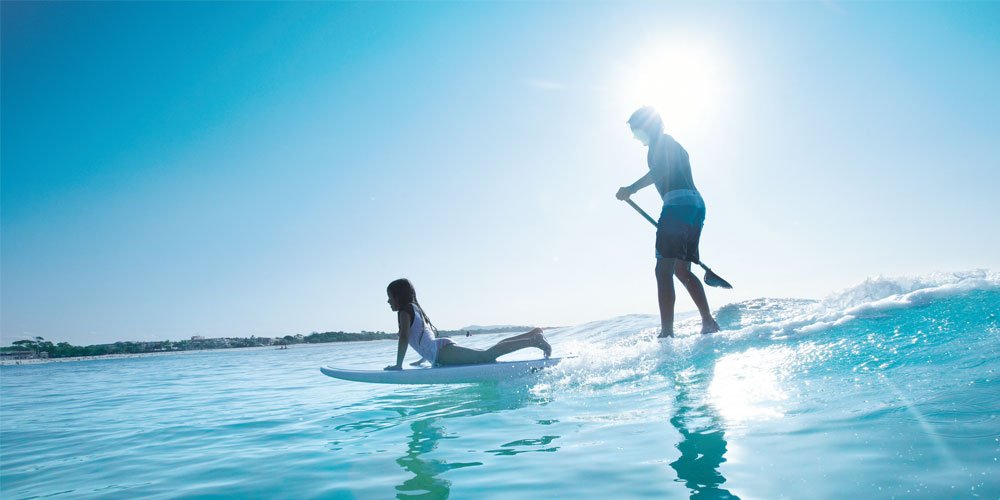 It’s been more than 12 months since we first heard of a virus called COVID-19 and in that time the world as we know it has gone through considerable changes.

The mind boggles when you start to name a few of the things that have become part of daily life – border closures, social distancing, crowd limitations, spontaneous lockdowns, working from home and wearing masks are now all so much a part of everyday life we call it the ‘new normal’.

In many cases, government used financial payments as an economic instrument to ensure the survival of airline companies and through JobKeeper kept local businesses afloat. Yet there are other responses that just have to run their erratic course. For instance, random lockdowns due to virus clusters and the subsequent announcements of border closures without any hint of an opening time. Under these conditions, the tourism industry is, to say the least, working through a difficult and uncertain period.

Nevertheless, despite the doom and gloom, a silver lining has been gathering around intrastate travel. In Queensland, the state boasting the lowest COVID rate in Australia, the locals are supporting each other, and to the joy and relief of accommodation operators, are holidaying locally.

A year after Australia’s border closed, although vaccines are now well and truly on the horizon, there’s no predicting how COVID will run its course. At this stage, Victorians have been the most affected after living for six weeks under severe lockdown conditions and just when things started to look better, it was lockdown time again. Sydney’s Northern Beaches went into lockdown around Christmas time, followed by Greater Sydney CBD, and so it goes.

In comparison, though not without its own clusters, Queensland’s COVID record is outstanding for its pandemic resistance. However, while the Sunshine state has long provided an easy-to-get-to sunny alternative for Southerners escaping the cold, three COVID-induced Queensland border closures have turned straightforward travel arrangements into a mad scramble often resulting in an unhappy ending.

For Sydney couple Janice and Martin Alexander and their two teenage children, a Christmas visit to the Sunshine Coast
to relax and visit close family is a regular event. With fingers crossed, they booked accommodation early, but were disappointed when Queensland closed its borders on December 21. They also had to disappoint the accommodation owners and cancel a 10-day booking over the lucrative Christmas period.

“However, we really appreciated the response from the accommodation manager when we cancelled,” Mr Alexander says.

“They gave a couple of choices – either an immediate refund or holding onto our deposit and tentatively booking another date.

“We’re optimists, so we have booked another date, and with the Queensland border now open our arrival might be sooner rather than later,” he says.

All in all, it is estimated the December 21 border closure cost JetStar and Qantas 1500 flights and 200,000 passenger bookings.

Moving forward to February 1, the Queensland government lifted the restrictions on travel from New South Wales. Since then, border passes have no longer been required for anyone travelling from New South Wales, unless they have been in a declared hotspot or overseas in the last 14 days.

The border opening coincides with the launch of a major tourism campaign, Good to Go, developed by Tourism & Events Queensland and aimed at attracting interstate travellers.

The Good to Go campaign, said to cost around $1 million, comes days after Prime Minister Scott Morrison knocked back Queensland Premier Annastacia Palaszczuk’s request for an extension to JobKeeper (which ends on March 28) to keep the state’s $28-million tourism industry afloat. The tourism industry employs 234,000 Queenlanders.

In November last year, after 18 months of development, our local tourism organisation, Visit Sunshine Coast,   revealed the For Real campaign. Fortuitously, considering the advent of COVID, the campaign was developed in response to declines from interstate and international sources and targeted the drive market, specifically the three million residents living within a 300-kilometre radius of the Sunshine Coast.

Recently appointed Visit Sunshine Coast CEO Matt Stoeckel believes the campaign’s success is reflected in recently released figures. According to the latest National Visitor Survey released by Tourism Research Australia, there has been an almost 40 per cent increase in intrastate visitors to the Sunshine Coast for the third quarter of 2020.

The figures show a total of 837,000 intrastate visitors travelled to the Sunshine Coast between July 1 and September 30 compared with 599,000 for the corresponding quarter in 2019.

However, there was an overall decrease in domestic visitor numbers, which were down 3.7 per cent to 886,000 for the quarter.

Mr Stoeckel says while many Sunshine Coast operators enjoyed a strong summer period, other operators were unable to pivot their business to cater for an intrastate market and there is lot more work to be done to support these operators.

“It’s encouraging to hear that many of our Sunshine Coast operators have also enjoyed a strong summer period, with some operators even reporting above-forecast results for the period,” he says. 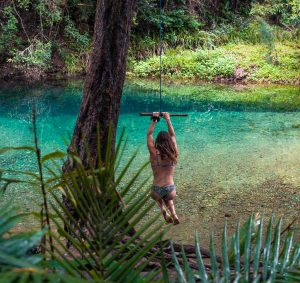 After 20 years in business, when COVID struck last March, rather than panic Ms Johnston and her partner took the opportunity to look at the ways to do things a bit differently, including renovations. During that time when cancellations phoned in, they offered alternative bookings, so no one had to forfeit deposits. That said, Ms Johnston moved on to what is her best ever occupancy period.

“For the last seven months, we’ve had a 100 per cent occupancy rate,” she says.

In comparison, she says, the winter months usually had a 95 per cent occupancy rate, while November was 80 per cent.

However, she has noted the change in clientele. “Many people are locals who are holidaying in their own backyard,” she says. “For some of them, instead of going to the Gold Coast, they’re coming here.”

These people are spreading the word and more bookings are coming from that.

Ms Johnston is also pleased to say she has been able to keep her staff. “Except for one chef, who left in July and we have only just been able to replace him,” she adds.

This month Mr Stoeckel announced the launch of a new national campaign with travel partner Expedia Media Solutions under the Wotif booking site to secure new bookings to the Sunshine Coast. The campaign focus of Sunshine Coast Real Deals is spearheaded by inspirational reasons to visit the region and special deals.

Mr Stoeckel says the aim of the online campaign is simple: “To increase visitors, room nights and travel to the region post January and during the shoulder period.

“This national campaign will educate visitors on the diversity of experiences and accommodation offerings on the Sunshine Coast and provide compelling deals for holidaymakers to book their next holiday to the Sunshine Coast in our shoulder period,” he says.

“According to Wotif data, we know the Sunshine Coast is already the most popular school holiday destination in Queensland. This campaign looks to broaden this popularity and targets couples, empty nesters and families to visit outside our peak school holiday periods.”

The branding was developed through research that provided insights into the desire of Australian travellers to visit destinations that offer uncrowded, natural-focused attractions, and authentic characters and experiences.

How to pivot your business during COVID

Meet your match by Valentine’s Day
Why is little Jonny the way he is?