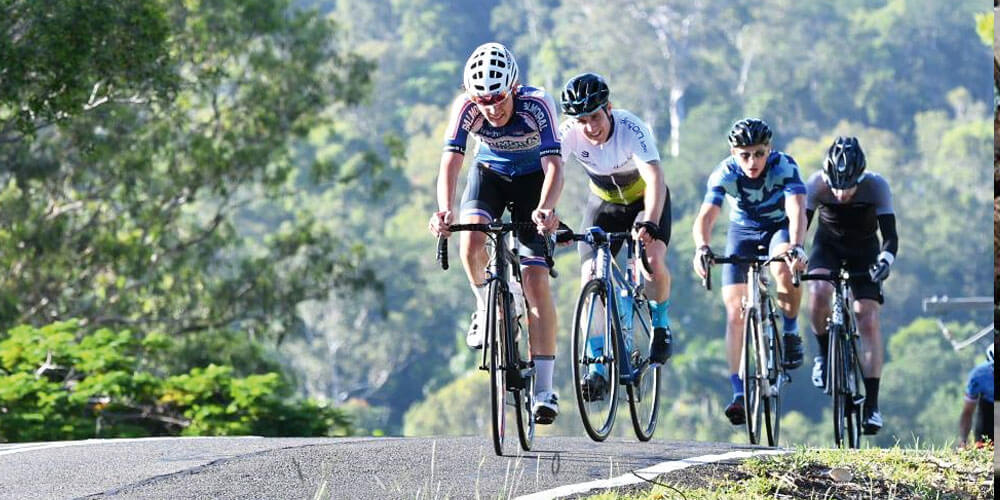 With more than 300 cyclists taking on nine hills over 76 kilometres in three hours or less, it’s no wonder there continues to be a steady stream of people wanting to take on the epic Argon Law Buderim 9 Challenge.

The course will be fresh for everyone, even those who have shown up to compete in the past seven successful years, with the start and finish locations being relocated to the Wanderers Soccer Club, Ballinger Road at the southern foothills of Buderim.

Australian cycling champion and Buderim 9 ambassador Henk Vogels says the route revision is necessary to accommodate the growing popularity of the challenge.

“This also means the order of the 76-kilometre hill challenge needed a shake-up, which will give the ever-faithful returning riders a new perspective and keep them on their ‘pedals’,” he says.

Registrations for the December 16 event opened on October 9 and riders have until December 12 to secure their spot in the challenge.

Early birds who get in before November 2 will also receive the popular Buderim 9 rider jersey included in their registration.

Far from being just a physical challenge, the Buderim 9 is also a much-needed fundraiser for local cerebral palsy organisation, CPL – Choice, Passion, Life.

Argon Law director of principal sponsor John Gallagher is encouraging riders to raise as much pre-event donations as possible for the  great cause. “Set yourself the target for your name to appear on the prestigious Argon Law perpetual trophy – as the Highest Fund Raiser of the 2018 Buderim 9 Challenge,” he says.

“Fundraisers go in the draw for a cycling trip around the French Alps sponsored by Velo Tours.

“Buderim 9 proceeds support those living with cerebral palsy and related physical disabilities and your donations change the lives in a small but meaningful way of many families on the Sunshine Coast,” he adds.

“We are so grateful for the efforts and generosity of all those who continue to help make this event such an extraordinary success,” she says.

The ride, which is proudly sponsored by My Weekly Preview, began in 2010 and quickly became a tradition for cyclists who felt fit enough, and perhaps mad enough, to take on the mammoth challenge of nine Buderim hills in under three hours.

While local riders were quick to show their support, the word has certainly gone out and last year riders travelled from interstate and even abroad to participate.

To make sure you don’t miss out on this thrill ride, register at buderim9.com.au.

Continue Reading
You may also like...
Related Topics: Buderim 9, cycling