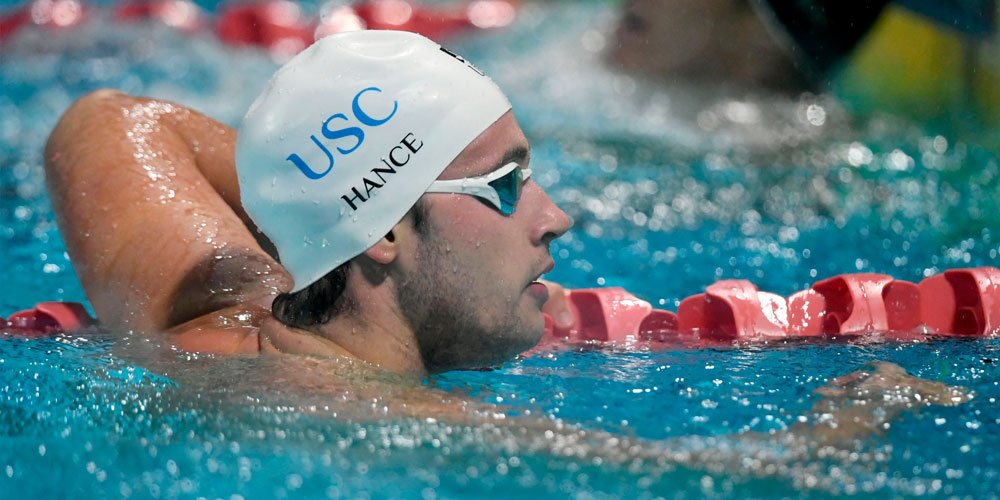 The medal ceremony for the 4x100m freestyle race was postponed to allow for protests to be heard from the United States and Great Britain after both teams were disqualified.

Cole, who completed a cross-institutional degree while studying at USC, has now won as many Paralympic medals as the great Priya Cooper OAM who is a member of the Sport Australia Hall of Fame.

Cole also finished 4th in the S9 100m backstroke final, narrowly missing out on a medal.

Hance, 20, completed the final in 57.73 seconds, well ahead of his nearest rivals Viacheslav Emeliantsev of Russia (59.05) and Reece Dunn of Great Britain (59.97), and joyfully punched the air with both hands to celebrate his breakthrough victory.

He was by far the fastest qualifier for the final after a sensational heat swim of 57.75 seconds this morning that sliced more than two seconds off the previous Paralympic record of 59.82.

In both the heat and the final, Hance was only a split second off his own world record of 57.56 that he set at the Australian Swimming Trials in Adelaide earlier this year.

He will return home from the Games with gold, silver and bronze, having earned the other medals in the mixed 4x100m freestyle and the 100m butterfly respectively last week.

Fellow Spartans swimmer, Ruby Storm completed her busy schedule at the Games by making the final of the  S14 100m backstroke, in which she finished 8th.

The 10 USC-affiliated athletes in the Australian Paralympic team won 12 medals between them.

Continue Reading
You may also like...
Related Topics: Paralympics