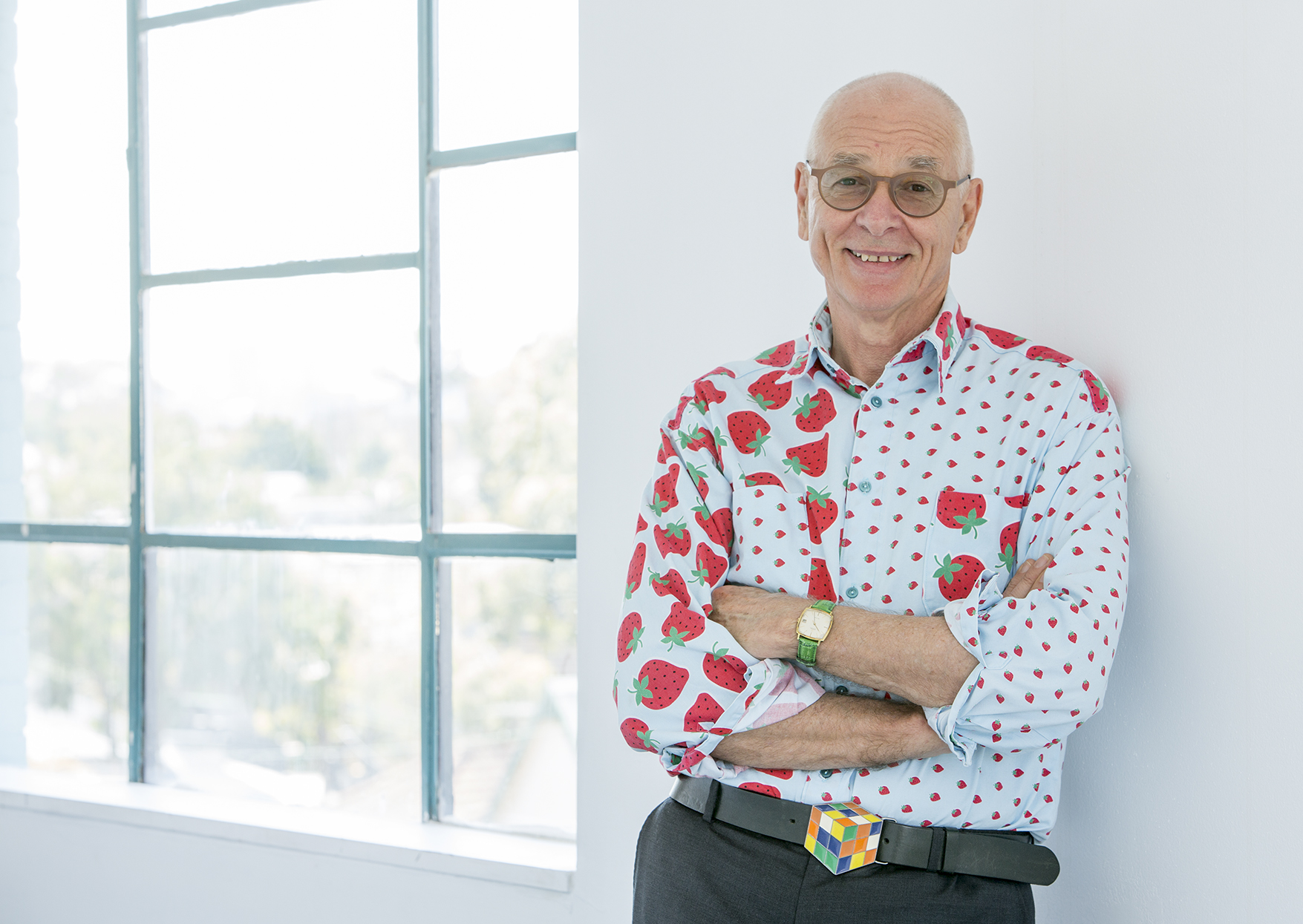 It’s hard to believe the world’s first full touchscreen smartphone, the iPhone, was launched 10 years ago.

Today, most of us own a smartphone, but its role in our lives is nothing like the role phones played in the past.

In fact, making phone calls is not even the main activity we use our phones for anymore.

They are our constant companions, our personal assistants and increasingly, our surrogate brains.

But what effect is outsourcing our brains having on our cognitive functions?

Will our brains turn to mush if we continue to use our smartphones to perform tasks our brains are perfectly capable of performing?

The short answer is, it depends how often you use it. But if you’re like most people, that’s a lot. According to Deloitte’s Mobile Consumer Survey – The Australian Cut 2017, released last week, Australians are checking their phones on average 35 times a day, which is 80 million times more often than last year.

The survey found 88 per cent of Australians now own a smartphone and 35 per cent of us check our phones within five minutes of waking up.

A naughty 70 per cent of us use our phones during mealtimes with family and friends and even more disturbing, about half of 18 to 24-year-olds wake up in the middle of the night to check their phones and respond to messages.

According to Deloitte, almost 70 per cent of 18 to 24-year-olds admit they use their phones excessively, 50 per cent are attempting to limit their usage, but only one in five of those are succeeding.

“With the diversity of uses for smartphones increasing every year (you can now use your smartphone as a breathalyser, a microscope and to solve a maths equation by taking a photo of it), it’s no wonder Australia is struggling to disconnect,” the report says.

With more than two million apps available, there’s an app for just about any task you’d prefer to not have to think about yourself.

There are apps that tell you when to drink water, when to sleep, when to have a break from your computer, when to leave for work and when to go to the toilet.

Scientists suspect the near-constant interactions with our phones are changing our brains.

Apart from the well-documented phone addiction that has arisen from the dopamine hit we get every time we check our devices, small studies are beginning to suggest our beloved smartphones are affecting our memories, our navigation skills and even our ability to create happiness, though to what extent we still don’t know.

Speaking to Science News, evolutionary biologist Leah Krubitzer of the University of California said: “I can tell you for sure that technology is changing our brains. It’s just that so far, no one knows what those changes mean.”

One area scientists are exploring is ‘cognitive offloading’, which isn’t limited to smartphones.

Which may not be a bad thing if you use the mental resources you’ve freed up for creative or productive thinking.

He cites the Flynn effect – in which global IQ scores have been observed to be gradually increasing over time – as evidence we’re getting smarter.

But the Flynn effect has been measured since 1930, while prolific smartphone use is a relatively new phenomenon, so it’s too soon to know the effect smartphones are having on IQ.

“It’s been about eight years since the first decent smartphone came out and I think it’s really hard to measure anything over such a short period,” says Dr Karl, who will be heading our way in December to present at the Woodford Folk Festival.

“But our brains are evolving. We’re living in the most peaceful time ever in the history of the human race and I’m pretty well an optimist based on minimal data.”

Dr Karl says he uses a select few apps and is cautious with how much time he devotes to his device. “I ignore the smartphone for long periods of time,’’ he tells My Weekly Preview.

“If you’re checking your phone 10 times an hour, when the heck do you do any work?

“I’ve got a calendar on my phone that reminds me 10 minutes before an event, so if I can let the automatic alarm run by itself, I don’t have to be always not concentrating on what’s in front of me.

“In the hour before the alarm went off for this interview, I was working really solidly on a presentation and I was not at all using the smartphone. I was using it purely for the alarm.

“They’re people who read the scientific literature in various non-overlapping fields. I read what they recommend and pass bits of that onto my Twitter followers.

“When I want to do it seriously, I do it on my computer, not on the smartphone, and get the original paper.

Which brings us to memory. We used to remember phone numbers, birthdays, directions and appointments as a matter of routine.

Now, our smartphones do the remembering for us, fulfilling the role of memory partners.

“I used to know 50 phone numbers and now I only know 20,” Dr Karl says. “It goes back to that old saying – if you don’t use it, you lose it. If you don’t memorise numbers, you lose that skill. However, you might be losing that skill, but there could well be another skill you’ve picked up.”

“There is some evidence to suggest a use-it-or-lose-it working memory,” she says.

“It’s like a muscle; the more you use it, the better it gets. You can’t fill it up. Remembering phone numbers has a spillover effect in other areas.

“If you’re outsourcing your brain to a device, you could speculate you’re diminishing some of your cognitive functions.

“If you stand around looking at photos at an event – like a wedding or a day at the beach – you’re less likely to remember the event,” she says.

“You’re outsourcing your brain to your device and you don’t need to spend any time encoding, remembering, reflecting or processing that information.

“You plug a destination into your phone and it tells you where to go. You fail to remember how to get to friends’ places because you’ve always got your phone, but what happens if you don’t have your phone?

“I could not tell you my children’s phone numbers. I got caught without my phone the other day and I couldn’t ring them. We used to know all the important numbers by heart.”

Dr Sharman refers to a study published in 2014 by the journal Psychological Science, called Point-And-Shoot Memories by Linda A Henkel, in which the influence on memory of taking photos during a museum tour was studied.

It was found that participants who took a photo of each object as they wandered the museum remembered fewer objects and fewer details about the objects than if they observed the objects and did not photograph them.

But when participants zoomed in to photograph a specific part of the object, their subsequent recognition and detail memory was not impaired.

This finding suggested the cognitive processes engaged by zooming in and paying more attention eliminated the photo-taking-impairment effect.

“Do you want to participate and have a rich experience, or do you want a whole lot of photos on Facebook? I can promise you the former will be better for your psychological health.”

The more we use our brains to remember information, the better our memories become, but the opposite is also true.

In 2006 and 2011, researchers at the University College London’s Institute of Neurology studied the brains of London black cab drivers, who must memorise 25,000 London streets in order to pass the world’s hardest geography exam, The Knowledge.

They found those without access to GPS used two parts of the brain: the prefrontal cortex and the hippocampus, used for mapping, decision-making and memory.

Those who used the GPS didn’t use those parts of the brain. The researchers showed there is a capacity for memory improvement and structural changes in the human brain well into adulthood and that using a GPS can impair the prefrontal cortex and hippocampus.

While the trusty GPS may have put an end to spousal arguments over directions, it is dumbing us down, at least where navigation is concerned, and it often gets it wrong.

Type ‘GPS fail’ into YouTube and you can see footage of cars that have ended up in water after the driver followed instructions from the GPS to drive into a river.

Of course, Google Maps makes it a breeze to reach your destination most of the time, and iCal alerts can be a lifesaver.

And perhaps there’s an upside to our increased reliance on technology: the freeing up of our minds for higher thinking – like productive, creative or critical thinking.

“Technology has dumbed down critical thinking,” she says.

“One of the great things about having the internet at your fingertips is for fact checking, but for complex problems or working out what you think about a social policy, it’s not so great.

“Also, we’ve seen a number of people viciously attacked via Twitter and other social media for daring to float an idea others don’t like.

“The internet is terrible for higher thinking and we need to recognise its limitations,” she says.

How our brains evolve in response to smartphone use remains to be seen, but one theory is our brains will become like an index, which simply tells us where on our many devices we can find the information we need.

When we store information externally rather than memorising it, we’re likely to forget the information, but remember where we can find it.

And if we don’t – well, no doubt there’ll be an app for that.

Apps that make you go hmmm…
There are dozens of apps that help
you find your car, remind you when to drink water or tell you get out of bed. But the following apps are in a class
of their own:
• RunPee – Tells you when to run and pee mid-movie so you don’t miss the best parts. (Heads up: if you’re going to see Thor: Ragnarok the first pee break is 45 minutes into the movie). Android and iOS.
• iPhone Blower – For those times when, you know, you just can’t be bothered blowing out your own birthday candles. Available on iOS.
• Carrr Matey – Finds your car using
a pirate voice. Android and iOS.
• Places I’ve Pooped in Australia – Helps you mark your territory by tracking all the places you’ve done
your business in our great land. Android and iOS.
• Yo – This app does one thing: says ‘yo’ to your friends so you don’t have to. Android and iOS.
• Practical Money Skills for Life’s Tooth Fairy Calculator – Tells you how much the Tooth Fairy left in comparable households for your child’s age and gender. Android and iOS.
• Is It Dark Outside? – Don’t get off the couch to look out the window, just ask your phone. Android and iOS.

Love is love
Donations sought for mum doing it tough