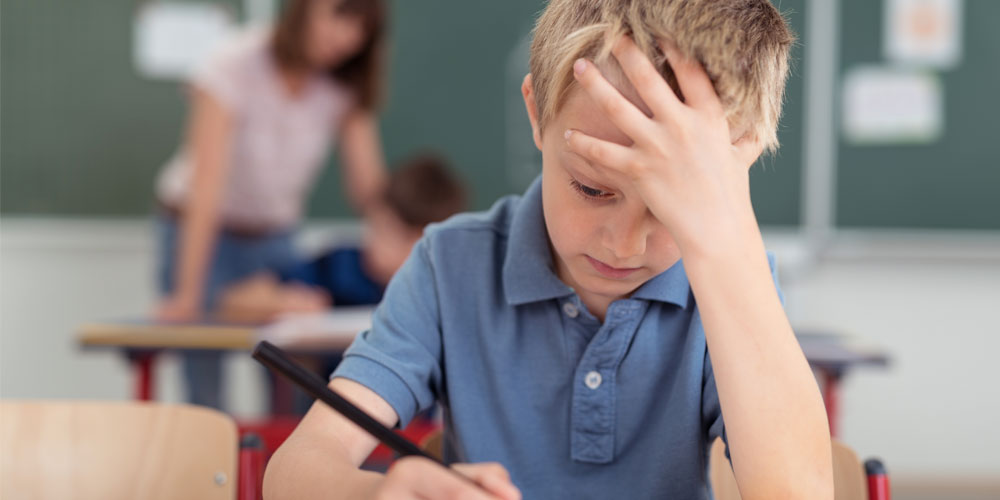 Is NAPLAN a waste of time and money? It’s the million-dollar question – well, quite a bit more than a million, if you add up what we’ve spent on it since its inception in 2008.

State Minister for Education Grace Grace made a statement in June, saying since becoming education minister she’d been constantly approached by parents and principals sharing concerns about the test, and this year she committed to conducting a state-wide evaluation of NAPLAN.

An expert in the neurological development of children and the psychology of learning, he has authored 11 books on educational psychology and child development and believes NAPLAN is a flawed process that is damaging children and not delivering the results it intended.

“I know first-hand of a private school in Brisbane that in November last year was already beginning to prep its Year 2 for NAPLAN in Year 3. That takes time away from the curriculum.

“There have been studies demonstrating the deleterious effects of NAPLAN, with kids complaining of stomach aches, nausea, headaches and a range of anxiety and stress-related issues,” he says. “It’s not all students, but a good proportion.

“I’ve heard the argument that it’s only three days. Nowhere in life do we have to do this, other than university. Beyond that, life isn’t a conglomerate of tests.”

Dr Nagel says some schools are better than others at downplaying the importance of NAPLAN, but many students find it stressful, not to mention the pressure it places on teachers to put a hold on their curriculum and teach for the test.

“My kids are beyond NAPLAN, but my daughter, given her personality traits, I definitely wouldn’t let her do it,” says Dr Nagel.

“She would stress and become ill. My son is pretty easygoing. He would just take it in his stride. These are my own two kids that grew up in the same environment and they’re so completely different. It anecdotally reinforces in my mind we shouldn’t use anything like this to compare kids.”

Dr Nagel says the academic literature tells us standardised testing is a flawed process that doesn’t tell us much apart from the surface-level learning. He’s not opposed to diagnostic testing, but he says NAPLAN doesn’t measure up.

“By their nature, standardised tests never tell us about an individual’s learning; it’s just a snapshot in time.

“If you look at a group of kids in Year 3 at Peregian Springs School, no one in their right mind would hazard a guess that kids in Alice Springs would be anywhere near similar. One of the greatest predictors of success is postcode. We know kids growing up in affluent areas do well in NAPLAN.

“A Year 3 teacher knows exactly where a child should be at in terms of numeracy and literacy; they know how to assess that and have a conversation with the parent. You want to know where your child is at, where they need support. NAPLAN doesn’t tell you that.”

Not everyone agrees. CEO of the Queensland Curriculum and Assessment Authority, Chris Rider, believes NAPLAN is a valuable measure of student progress and says Queensland performed well this year.

“NAPLAN tests the types of skills that are essential for every child to progress through school and life,” he says. “It provides valuable information to support good teachers and learning, and school improvement.

“Queensland is one of the most improved states since NAPLAN was introduced in 2008, and this year’s results continued the overall upward trend.”

Former federal education minister Simon Birmingham was a vocal advocate, saying it was an important source of transparent information for parents.

Newly appointed Minister for Education Dan Tehan has not yet voiced his views, but has been called on to scrap this year’s results after an independent review conducted by the Massachusetts Institute of Technology and Boston College.

The review, Problems in the Design and Administration of the 2018 NAPLAN, found ‘incomparable’ data in this year’s online trial, with critics saying the results are useless and should be discarded.

About 20 per cent of schools nationally sat an online version of NAPLAN this year, ahead of the full implementation of NAPLAN online in 2020. The NSW Teachers Federation president Maurie Mulheron called the 2018 test “worthless”, because the results of the online test and the pen-and-paper test are too different to be statistically comparable.

Minister Tehan disagrees. In a statement to My Weekly Preview, he said, “The Australian Curriculum, Assessment and Reporting Authority (ACARA) and international experts have confirmed that this year’s NAPLAN online results are comparable.

“The Government is committed to the continual improvement of NAPLAN and My School and looks forward to discussing what further improvements need to be made at the next Education Council meeting.”

Dr Stanley Rabinowitz, general manager of assessment and reporting at ACARA, which creates the NAPLAN test, tells My Weekly Preview, “Student results for NAPLAN 2018, whether completed on paper or online, accurately reflect each student’s performance. Parents, students and teachers can have confidence the results accurately show what each student knows and can do.”

However, Year 9 students who completed the test online fared better in writing than those who did the pen-and-paper test.

“The difference for Year 9 writing may be due to students at this year level having greater confidence writing online than on paper, as well as students’ ability to readily review and edit their work online in a way that is not possible with a paper test,” Mr Rabinowitz says. “This reinforces the benefit of moving to NAPLAN Online, which will give teachers, students and parents more information about what students know.”

“There will be a real push now to get it online if the intent is to ensure all students are doing the same exam at the same time of day – are we sure the technology is going to be up for that?

“It’s a monumental waste of taxpayers’ money. There are better ways to determine where kids are at.”

While everyone agrees testing is a fundamental part of learning, it’s the way NAPLAN is conducted that raises concerns, particularly the publishing of school results on the My School website, which media outlets use to publish league tables that compare schools in a certain area.

The president of the Queensland Association of State School Principals, Leslie Single, says this practice is not only unhelpful, it’s inaccurate. “I believe that does not serve a great practical purpose,” she says. “What it does is it pits schools one against the other.”

Ms Single believes NAPLAN can help teachers determine where a student is at and the data can be used to determine the next step forward, but it needs to be used in conjunction with other data schools already collect.

Her organisation made a submission to the Senate enquiry into NAPLAN, published in March 2014, with a possible solution to some of the test’s most vexing issues.

“Our organisation believes if NAPLAN is going to occur, it should be sample testing. A school would only participate once every few years. One of the constant criticisms is the fact that teachers are teaching to the test and that is narrowing the curriculum and putting increased stress on students.

Doing sample testing would mean the schools would only be identified at the beginning of the year, or later in the term, so teachers wouldn’t be teaching to the test and could continue to teach the normal curriculum.”

“To me that would probably give a better indication of where students are at and it alleviates all those concerns about kids being stressed.

“You’d want to do random sampling at random times as well to get a better representation of what’s going on and the data should be anonymous, it should be de-identified.”

As we await the outcome of the Queensland review and possible changes to NAPLAN after this year’s controversy, Ms Single has a word of advice for parents: “I think some of the stress for students comes from the expectations families put on them. Don’t put a whole lot of pressure on, just send them off to school with a good breakfast and say, ‘have a good day, do the best you can’.”

Countdown to Caloundra Music Festival
Have your say