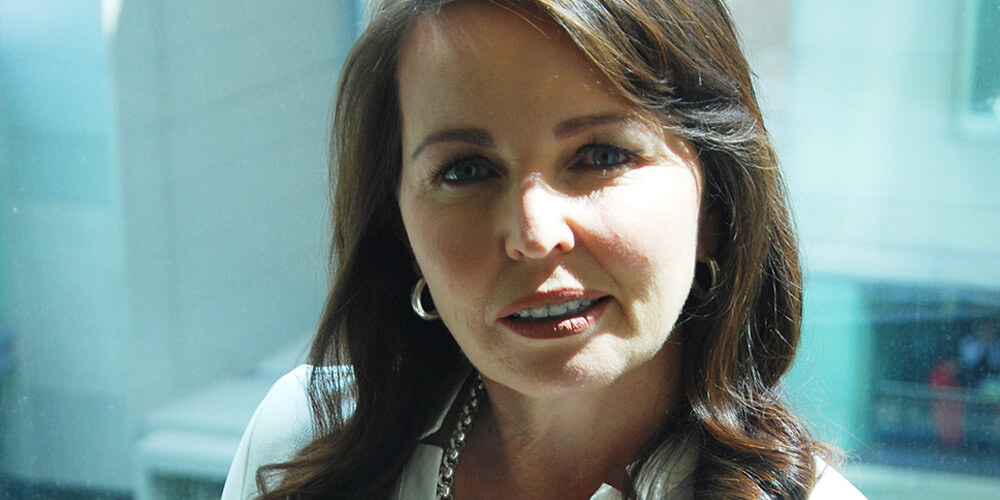 Rhonda Jansen had always thought domestic violence was purely physical, so when her former husband took away control of her money, battered down her self-esteem by having affairs, berated her intelligence and told her she was an unfit mother, she did not know she was a victim of domestic abuse.

Australian police deal with 5000 domestic violence matters on average every week – that’s one every two minutes. It is an epidemic that, according to KPMG, cost the country as much as $22 billion in 2015–16.

As White Ribbon Day approaches on November 25 – a day when men and boys around the world will unite to end men’s violence against women and girls, promote gender equality and healthy relationships – Ms Jansen opens up about the abusive relationship that led her to write the book Narcissism: The Evil Behind the Mask.

Ms Jansen says she had known her former husband for two years before they got married and he asked her to work in their business.

“That’s where the control of the money started,” Ms Jansen tells My Weekly Preview.

“In 2004 we had our first child and that’s when he really changed. He controlled everything. What money I got, he made me the joint director of companies and I wasn’t allowed to see the books. He told me I had no business sense.

“I ended up getting depression and I went from being a confident person to being completely numb. He would tell me I was stupid, an idiot, I wasn’t a good mother, I was incompetent. Whatever I did, it was never good enough.”

Ms Jansen’s children were five and eight years old when she felt she was able to leave at the end of 2012.

“My father had unexpectedly passed away in the November and I thought life is too precious and I had to get on with mine.

“(My children had) started to see his anger and threats. My oldest would come up to me and say things and it would tear my heart out.

“The psychologist made me realise I was in an abusive relationship, and I do feel like it was moving towards being a violent one. He had already begun to threaten me that if I left, I wouldn’t be able to see my children. My ex-husband hated my family and friends and wanting to isolate me from them, which he eventually did over time.

“It took me two years to leave. I had no money. His whole purpose was to see me in the gutter.

“There were days after I left, that I just wanted to go to sleep at night and not wake up the next day due to the constant threats of abuse. But it was my boys that kept me going. They have been truly amazing.”

Ms Jansen wrote the book to share her experience in the hope it would shed some light on the different forms domestic abuse can take, and also to highlight the character traits of someone with narcissistic personality disorder.

Luckily for Ms Jansen, her story has a happy ending with new husband Mark, who is the polar opposite of her ex and her boys are thriving in a comforting family environment. She knows the importance of showing boys from a young age how to treat a woman.

As a White Ribbon Ambassador, Mayor Mark Jamieson will be at the forefront of White Ribbon Day events on the Sunshine Coast alongside QPS Superintendent Darryl Johnson and SunnyKids CEO Chris Turner.

“Together we must put an end to domestic violence against women and children. The violence perpetrated by men against women must stop and it is up to men to stop it,” Cr Jamieson says.

The Sunshine Coast Council will host two community education and awareness events for White Ribbon Day. The first is on November 24 in Ocean Street, Maroochydore from 7.30pm to midnight and the second is on November 25 from 2.30pm to 6pm at the Loo with a View in Mooloolaba. If you need support, phone the Domestic Violence Hotline on 1800 811 811.

A tribute to James
The future of Yaroomba