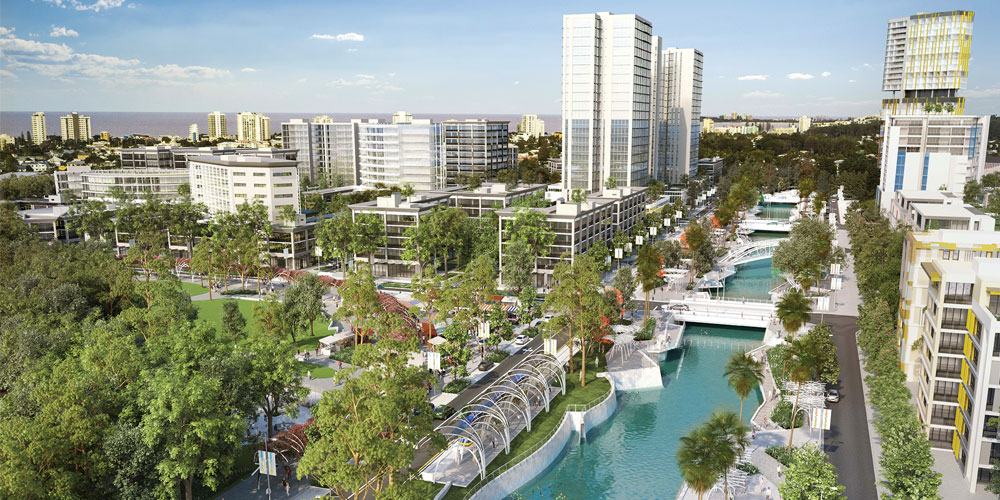 But there is also a lot more to celebrate than our history.

The region is undergoing an unprecedented time of growth and prosperity, with billions of private and government dollars being invested into infrastructure as well as residential and business developments, which will strengthen the region’s standing into the future and take major steps towards being able to house renowned demographer Bernard Salt’s estimated population of 550,000 by 2040.

The Sunshine Coast is currently one of the strongest performing regions in Queensland, with projects like the new Sunshine Coast University Hospital, the Maroochydore CBD and the airport expansion strengthening economic development and job growth in the area.

My Weekly Preview asks some of the Coast’s movers and shakers what they envision the region will look like five decades into the future. 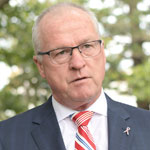 “In essence, we will be the magnet for big thinkers, experienced leaders and world-class talent.”

Mayor Mark Jamieson says the region is reaping the rewards of the collaborative Regional Economic Development Strategy, which was developed in 2013, and will guide the region until 2033.

“We have stuck with the plan, with a focus on seven high-value industries, with matching infrastructure in the form of game-changer projects, and have a determined focus on its implementation. We haven’t looked back since.

“We are one of the fastest growing regions in the country and we are successfully building a new economy based on a clear 20-year economic plan which presents potential investors with multiple options and avenues for business growth and expansion.”

“We will have a well-established heart of the Coast – our new CBD at Maroochydore – which will bring enormous economic value to our region as well as providing us with a huge range of entertainment, cultural and residential options,” he says.

“The smart and new technologies, and corporations who build them, will base themselves here.

“Our expanded Sunshine Coast Airport will be servicing passengers from around the world and providing local businesses and producers improved export opportunities to more markets.

“We will have thousands of extra hectares of land purchased via the Environment Levy and thousands more Land for Wildlife properties.

“And it’s a must that the inter-urban break, separating us from Brisbane and Moreton, is still protected.

“In essence, we will be the magnet for big thinkers, experienced leaders and world-class talent.” 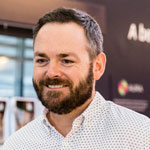 “I would like to see the Sunshine Coast become Australia’s ‘Silicon Beach’, providing a hub for major technology companies and innovation.”

Stockland, in collaboration with its partner builders, expects to deliver homes for another 1000 families throughout these communities in 2018, as well as a $63-million vertical retirement village at Birtinya and the highly-anticipated Stockland Birtinya Shopping Centre.

“The Sunshine Coast market continues to be attractive to new and existing industries. There is a thriving business community and excellent government support for new business investment and ideas,” Mr Simpson says.

“By then, we could see the Sunshine Coast evolve into one of the healthiest and most sustainable regions in the world.

“In 50 years, I see the Sunshine Coast as still a distinct region, separated from Brisbane by the inter-urban break and featuring a vibrant city centre in Maroochydore that still celebrates the Coast being a ‘village of villages’.

“With our access to a skilled workforce and resources, the expansion of the airport and improved transport and road linkages, we will become a more attractive investment hot spot for agribusiness, manufacturing, warehousing, logistics, professional, scientific and technical services industries over time.

“I would like to see the Sunshine Coast become Australia’s ‘Silicon Beach’, providing a hub for major technology companies and innovation.”

Mr Simpson says there are real opportunities for the Coast to be a pioneer in autonomous vehicle technology, high-speed trains, going off the grid as a region and potentially inventing and manufacturing new technologies.

“We are now seeing a far greater level of collaboration between the various levels of government and the business community on key issues that affect our region.

“This makes the Sunshine Coast a region that’s far more powerful and effective when it comes to attracting funding and investment, and driving positive change.” 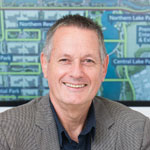 “Life on the Coast will be richer, but just as laidback.”

SunCentral CEO John Knaggs is at the helm of the greenfield Maroochydore City Centre, which is in the first stage of civil construction.

Underground infrastructure, including pipes for the state-of-the-art automated waste collection system, is almost complete and 2018 will see the construction of roads, a new park, lighting, street furniture and landscaping.

SunCentral is negotiating with third parties to bring developments worth hundreds of millions of dollars to the new CBD, and of course the long-term jobs that go with such investment.

Mr Knaggs says the sheer scale of investment in the region is unprecedented and follows years of careful planning.

“The Sunshine Coast University Hospital is a huge jobs generator and we’ll see more growth with the new CBD, expansion of the airport and plans for the under-sea broadband cable. This activity has created a surge in confidence which in turn is encouraging business to invest in the Sunshine Coast’s future,” he says.

“Our population is expected to reach 550,000 by 2040, so the Sunshine Coast will clearly grow, but I believe it will evolve without compromising our beautiful environment.

“The new CBD will be the vibrant capital of the Sunshine Coast. It will be linked to other regional population hubs by light rail and to Brisbane, possibly by high-speed passenger rail, while automated transport will be the norm.

“Fifty years is a long way into the future. By then we’ll have a raft of new technologies impacting on development and growth that haven’t even been considered today.”

Mr Knaggs says the biggest change for the Coast will be maturing as a major “Australian city-region” with a greater presence nationally and internationally.

“A sophisticated transport system including light rail will feature prominently – it has to. But the Sunshine Coast can’t do everything alone.

It needs the support of the state and federal governments. Politicians have approved plans to increase our population, but there needs to be a matching commitment to invest in infrastructure, including passenger rail, light rail, and cultural facilities such as a convention and entertainment centre.

We are already behind on these things. It has to change, and it will.” 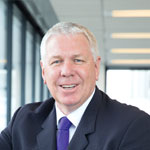 “If the Coast can expand its ‘Smart City’ program and become a hub for emerging industries, we will see the region’s job market grow exponentially, benefiting current and future residents.”

AVID Property Group is working to deliver the Harmony masterplanned community in the heart of the Sunshine Coast which, when completed in 15 years, will become home to 15,000 residents.

AVID Queensland general manager Bruce Harper says the Coast is currently one of the strongest performing regions in Queensland with projects like the new Sunshine Coast University Hospital, SunCentral Maroochydore and the airport expansion strengthening economic development and job growth in the area.

“It’s no wonder that the Coast is becoming a magnet for people looking for a change, with the relaxed coastal lifestyle and enviable climate – the Sunshine Coast is one of Australia’s best lifestyle locations,’’ he says.

Mr Harper says with the region set for a “population boom for the next decade,” there will continue to be opportunities in the development industry.

“In the next 50 years, the Sunshine Coast will continue to grow, but my hope is that the Coast will retain the key characteristics that make it so unique and appealing to families, young professionals and our more mature residential community,” he says.

“The Coast’s enviable lifestyle and educated workforce make it an ideal location for emerging digital and smart industries to flourish, and further capitalise on its tourism base over the next 30 to 50 years.

“If the Coast can expand its ‘Smart City’ program and become a hub for emerging industries, we will see the region’s job market grow exponentially, benefiting current and future residents.”

Mr Harper says moving forward, the region needs to look to developing the local economy, to facilitate job growth and counter the “current commuter dormitory trajectory that might otherwise dominate.” 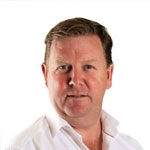 “The Sunshine Coast will be a place that retains its unique character.”

Developers Evans Long are the driving force behind the $10-million revitalisation of The Wharf Mooloolaba.

Director Dirk Long says the future for the next 50 years on the Sunshine Coast is looking very bright.

“We started the development business seven years ago and at that time, used to do a lot of work in Townsville and around Brisbane – 90 per cent of our work was outside the Sunshine Coast.

“And now, thanks to key infrastructure like the Sunshine Coast University Hospital coming to the Coast, 75 per cent of our work is now being done here,” Mr Long says.

“We are entering into an era where people think differently about living where they want to as opposed to where they work.

“Offices are becoming more flexible thanks to technology and a greater number of entrepreneurs and larger businesses can choose to work from more of a lifestyle location like the Sunshine Coast.

“Connection through the submarine cable will only make it more viable to attract businesses like Youi.”

Mr Long says he believes the Sunshine Coast Council has the right planning schemes in place to avoid our region ever becoming like the Gold Coast in the future.

“The Sunshine Coast in 50 years will be a place that retains its unique character,” he says.

“We hear everyone saying, ‘We don’t want to become the Gold Coast’, but in my view, we never will.”