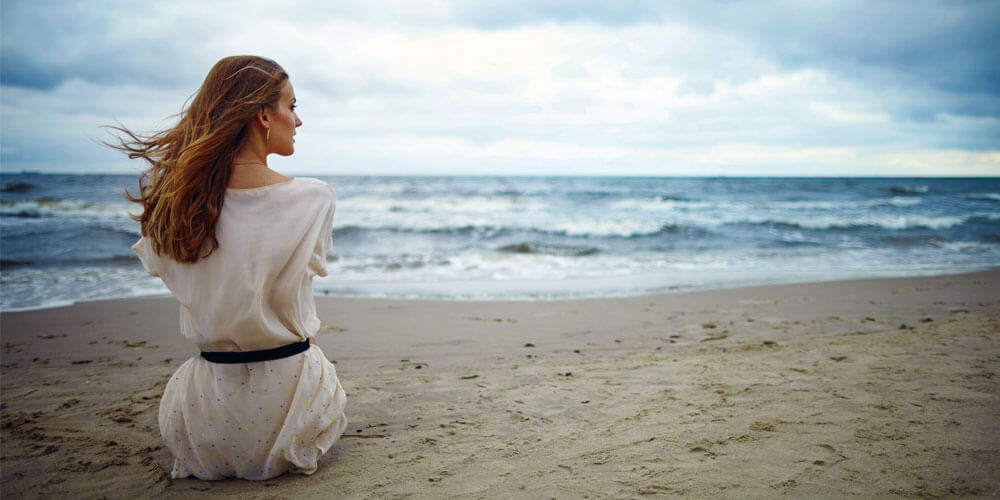 My mind is ticking over with countless thoughts as I sit down to write this piece about chronic pain.

However, it’s not the usual, “which angle should I take on this story?” or “what will be my opening line?”.

Mind you, I did contemplate that for a bit. All journalists do. But today my pain is in a particularly bad place.

And what’s mostly got my mind in a bind are the relentless aches and jabs circling my body parts like a school of piranhas on a full moon, getting their daily fix as they feast on the fleshy parts around my spine and throughout my neck.

There’s the mental anguish that goes with it – my soul getting ripped in every direction, getting darker by the hour as they feed.

Sorry, that all got a bit shadowy there, didn’t it?

But life can be a dim place at times for a chronic pain sufferer. It’s the torment of how I’ll manage the physicality of sitting in the chair for the next few hours as I bash out my thoughts. Then there’s the tactical pain management involved. The preparation of how many painkillers I’ll require.

And then there’s the overriding fear which is always at the forefront of my mind – that this will be a life sentence.

My chronic pain journey began seven years ago when I broke my back during the birth of my first baby.

I suffered from a condition called spondylolisthesis where a vertebra slips out of line, and it was agreed that the best way to fix this was to fuse two vertebrae together.

This is called a spinal fusion.

The discs surrounding these vertebrae had also worn down to nothing so I was experiencing bone-on-bone pain, plus nerve and muscular pain. Throw in a couple of screws and a small cage to keep me together, and here I am.

Still in a lot of pain, however. And pain that has never stopped, even post-surgery.

I still remember the affects of the surgery almost more vividly than I do giving birth to my daughters. There I lay, while an anaesthetist stood for hours keeping me alive – my bladder and other innards pulled out of my body to create the best access to my lower spine. The surgeon had decided it was better to cut me open from the front and lie my body on an angle in order to do his work.

I described the pain when I woke up as being hit in the stomach by an axe murderer.

The surgery was hailed a success and I rarely suffer pain in that area of my spine, but I now have cervical disc deterioration which is causing migraines, and thoracic and shoulder pain.

My pain is currently managed with the help of a pain specialist, general practitioner, physio, psychologist, exercise and medication. But this all comes at a huge cost.

Though I had to fork out $11,000 for my surgery (even with private health), you can imagine what my medical costs have been in the past seven years, considering a physio visit alone is $120.

Not to mention I am now a single mother of two trying to make ends meet. It is due to this dire financial situation that I’ve had to put a stop to my specialist appointments – even the physio.

But I am not the only person struggling with this condition and the extraordinary expenses that come with it. According to Bupa Australia, around 20 per cent of Australia adults suffer from chronic pain and the condition is costing the economy roughly $34.3 billion each year.

Chronic Pain Australia national president Dr Coralie Wales says the biggest issues facing those in pain are suicide, mental health and financial loss, which is largely due to a lack of understanding from politicians and bureaucrats.

Dr Wales says the media-fuelled “opioid crisis” has a lot to answer for when it comes to the stigma that surrounds those sufferers, especially those who use opioids as pain relief. Codeine, a common opiate medication trading under big pharma names such as Panadeine and Nurofen Plus, was taken off Australian shelves earlier this year.

According to the Federal Government a rise in codeine-related deaths was the leading reason for the ban of the over-the-counter drug, which can now be acquired only via a script from a general practitioner.

President of the Royal Australian College of General Practitioners Dr Bastian Seidel told the ABC that doctors felt codeine was not an effective treatment for chronic pain, and when used over a long period of time, or in a self-medicating way, could be harmful.

But Dr Wales says for those suffering long-term pain, “there are really little options”. “The last couple of years the stigma has been made worse with media attention… that people get addicted, and that it’s an epidemic,” she says. “No one wants to be on [opioids]. People are only using it because it’s helping. It might have side effects but at least you’re not in pain and considering suicide.”

Dr Wales says mental health and suicide go hand in hand with long-term sufferers not only due to the ongoing pain, but also because of the lack of pain relief available and the expenses that comes with practitioners.

Not to mention that many of those in serious pain can no longer work, especially tradespeople and labour workers, who are trying to put food on the table, let alone receive the required care to help them move forward. While statistics on suicide have been difficult to acquire due to a lack of funding, Dr Wales knows the numbers are high.

She says most overdose-related deaths are ruled as “unintentional”, but argues that many are in fact intentional, because there aren’t options for people with chronic pain.

Medical marijuana is yet to be formally legalised in Australia, but Dr Wales says doctors are already touting the drug as ineffective. However, she adds, “When we say something doesn’t work, what that means is that the research hasn’t been done and there’s a lack of available evidence.

“If it’s being used successfully in other countries, why can’t we take notice of that? So people have to go under the law and break the law and use medicines that aren’t standardised.”

In February the Federal Government announced it would provide $10 million for research projects that focus on preventing disease and keeping people out of hospital.

As part of the commitment, Professor Fiona Blyth AM from the University of Sydney will look at how patient pain can be better managed in the primary care setting, so it does not get to a point where it becomes chronic and interferes with quality of life or requires treatment with opioids.

The project is based on the assumption that the key is access to effective prevention, self-management and non-pharmacological pain management.

Latest evidence estimates that 83 per cent of people could be treated effectively if they had access to this type of service, according to the government. But Dr Wales says the biggest problem in Australia is that people in pain are not being listened to.

“They are being completely left out of the picture. It is politicians and doctors who have decided that opioids are a bad thing, therefore the whole country should believe that these drugs cause drug addicts.

“We need physios and counsellors in the community who are affordable. Beyond the five discounted physio appointments given by the government, we need to find out how we can make programs more accessible for people who are out of work.

“If we want to build new models of care, we do something like co-design. We need people in the room who are experiencing chronic pain and physicians, and build models that work; that are helpful, that are empathic, patient-centred, and affordable.

“It can be done. It’s just that politicians and bureaucrats get in the way and surprise, surprise the systems don’t work. You’ve got to upskill the local physios and counsellors. And take the judgement out of it.”

Physiotherapist Kristen Barrie from The McKenzie Clinic in Maroochydore agrees that health-care practitioners have a poor understanding of chronic pain.

“Historically, there’s a lack of understanding and this has led to poor treatment outcomes,” Ms Barrie says. “Interventions that would usually be successful aren’t, leaving patient and practitioner frustrated and disheartened.”

Ms Barrie says an alarming 75 per cent of her clients are in chronic pain, and that low  back pain is the most common complaint.

“People seem to accept that back pain is normal and is a part of life and ageing.”

Knee and hip pain (particularly in women) are also common complaints, she says, with a vast number of patients given a diagnosis of arthritis, believing there is nothing that can be done to solve their issues and it is something they will have to live with.

Ms Barrie says exercise is the number one long-term intervention that can assist in chronic pain. “The body adapts to pain in a fairly specific way. Simply put, the body shuts off certain muscles and as a result other muscles need to take over.

“This changes the way we move and specifically the loads being placed on joints within the body. If we can teach our body how to effectively move without loading pain-provocative joints consistently, we will minimise pain and its impact of life.”

For those suffering persistent pain, Ms Barrie says the first port of call is to see your GP about what services are available.

“They need to get in contact with a physiotherapist or exercise physiologist, their movement patterns and muscle function needs to be assessed and from that an appropriate intervention plan developed.

“There is no quick or easy fix for chronic pain sufferers. It is multi-faceted and something that has developed over time. Sufferers need to be committed to their rehabilitation 100 per cent.”

If you are experiencing mental health issues or suicidal feelings, contact Lifeline on 13 11 14 for help.

How chronic pain is affecting Australians
• Around 20 per cent of Australia adults suffer from chronic pain.
• More women than men experience chronic pain.
• It’s most common in women aged
50 to 54 and men aged 55 to 59.
• Injury is the most common cause of chronic pain (38 per cent).
• Other causes include arthritis, musculoskeletal conditions, headache, cancer-related pain, post-surgical persistent pain, and non-specific lower back pain.