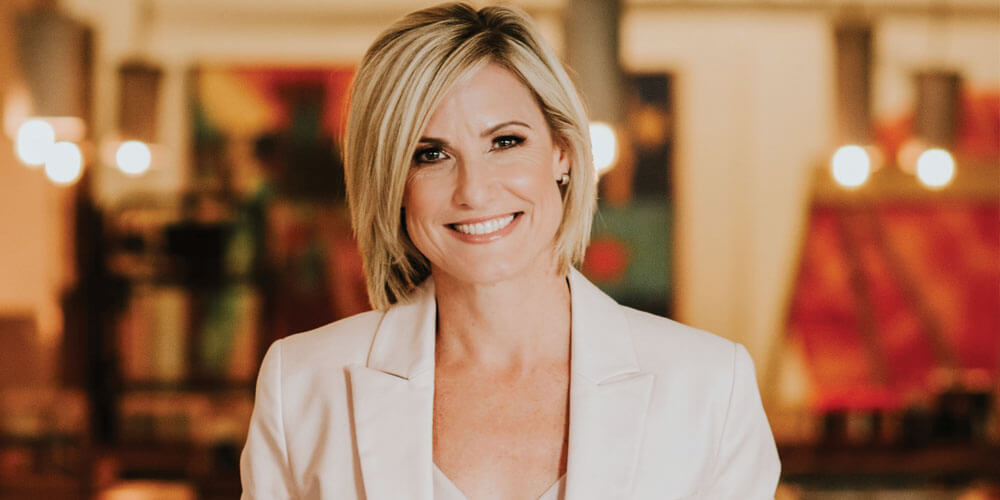 The name Allison Baden-Clay captivated the nation in 2012 after what began as a missing person case evolved into a high profile domestic violence murder.

For Seven Network presenter Jillian Whiting, the tragedy was felt by so many because outward appearances showed the Baden-Clays had it all.

“To the outside world, they seemed like a normal family and [the case showed] you never know what’s going on in someone else’s life,” she tells My Weekly Preview.

“She could’ve been any one of us.”

Ms Whiting will feature in the Sunshine Coast’s first In Conversation event at Venue 114, which will mark International Women’s Day (IWD) on March 8 by shining a spotlight on the very real damage of domestic violence.

She will be joined by Ms Baden-Clay’s sister Vanessa Fowler, who co-founded the Allison Baden-Clay Foundation to pay tribute to her late sister and has become
a changemaker in the realm of domestic violence prevention and warning sign awareness.

Ms Whiting was a Sunrise reporter and covered Gerard Baden-Clay’s 2012 trial in a professional capacity while also grieving for Alison’s loss as someone with a personal connection to her family.

“It was shocking to us all. Before that the community wrongly believed domestic violence was restricted to a low socioeconomic group or in environments where drug and alcohol abuse was rife, but Allison’s case showed there are many more ways than physical violence that women were being harmed,” she says.

“I was covering the trial and going through the evidence and hearing about the controlling and restrictive behaviour her husband employed. Also sitting through [evidence and] watching this man defend what he did, it will sit with me forever.”

“It’s invaluable to be able to stand in her shoes for even just a moment and to hear what she has to say,” Ms Whiting says.

In Conversation is only one of the powerful events being held across the region to mark IWD and Ms Whiting, who has two daughters aged 14 and 11, says the theme of More Power Together is incredibly fitting.

In Conversation will include a grazing table style lunch and beverages followed by a Q and A session and entertainment.

The Sunshine Coast Council will provide a donation to the foundation to assist in the development and awareness of these programs.

Ms Gibney is no stranger to the struggles of working hard to reach your dreams and will speak about her successful career, how she has evolved in an ever-changing industry and how she celebrates her individuality.

Another darling of the screen, Australian Survivor 2017 runner-up Tara Pitt will lend her strong personal message to Women Initiating New Directions Organisation’s (WINDO) Steppin’ Out event at The J on March 8.

Ms Pitt, a Eumundi mother-of-three says she used the popular reality TV series as a platform to raise awareness about PTSD and mental health after losing her father to suicide in 2016.

“I didn’t come away from Survivor with the money, but I came away with much more than that,’’ she says.

“Now I get to travel doing speaking presentations that are helping veterans across the country and I have an ambassador role at Mates4Mates,” she says.

“In many ways, it’s an incredible way for me to connect with my father as speaking to these veterans is just like speaking with him.”

Ms Pitt says the Steppin’ Out event will provide the audience with a beautiful balance of thought-provoking, inspirational and uplifting speakers and performers.

Shining a light on women
Battle stations: Is Fortnite really harming our children?