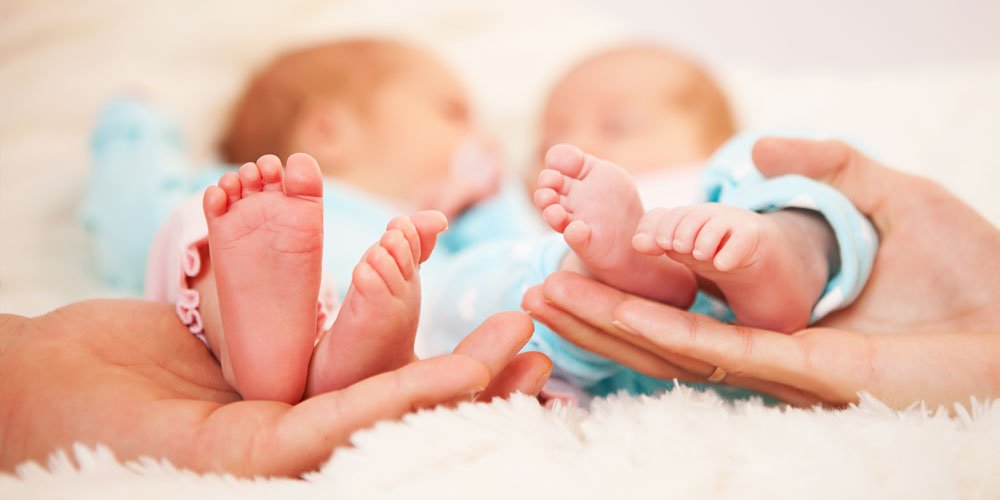 Every time Kellie Harriden looks into the eyes of her beautiful twins, Bane and Daya, her heart overfills with joy.

They are her long-awaited children, the result of an eight-year process that took its toll emotionally and financially on Kellie and her partner Ian.

But the Tewantin couple wouldn’t change any of it. Kellie says when the couple were ready to start a family, she thought it would happen naturally and without any fuss, but they ended up spending all of their thirties trying to have a baby.

“It really consumes your life,” she says of dealing with infertility.

“At the time, I didn’t know anyone else who had been through what we were going through, so it was such a lonely journey.”

It was this feeling of isolation that prompted Kellie to bare her soul in her book Long-Awaited Child.

Between the pages, she recounts her experiences and emotions of going through many heartbreaking failed rounds of IVF, how she considered becoming a foster carer and also attended apotion seminars, before settling on international surrogacy, which is how Bane and Daya came into their lives.

“IVF is most often a great first step and works for many couples, but there are others like Ian and I who couldn’t actually fall pregnant through this process and there was not an actual reason why,” she says.

“I’m really lucky that Ian is wonderful with researching and he has a lot of patience when it comes to finding things out, or in our case, looking for different options. So he was very much a part of this journey alongside me. It is a rollercoaster ride and there were times when I felt I was the stronger one and other times when I needed him because I was crumbling.”

Kellie says there were many times over the eight years where she felt like giving up on her desire to have a family.

“There were times when I thought, what am I doing to us? It was costing so much money, we felt we had stepped away from any social life as I was constantly on fertility treatment medications. But at the end of the day, I had an inner determination that I was going to make it happen no matter what. I just needed to be very open minded.”

At one stage, the couple left the Sunshine Coast to move to Perth.

Kellie says they felt like they needed a change from what had become a life of fertility treatments, negative pregancy tests and plenty of disappointments.

It was a fresh start and it was here that they began to investigate international surrogacy, which fortuitously is legal in Western Australia.

Ian found a clinic in India and they started the enquiry whereby they would use a surrogate and a donor egg.

“That decision was a really big thing for me,” Kellie admits.

“Never in my life would I have thought my children would not be biologically mine or that I wouldn’t carry them. To be honest it is something that I still have moments with, even though I wouldn’t change anything for the world. I love those two kids more than anything.”

In no time at all, they were they were flying overseas to start the first steps of the process and their decision paid off when their surrogate fell pregnant with twins, a little boy and a girl.

“It was during the trip back to meet our babies for the first time that we also go to meet the surrogate,” she says.

“We instantly fell in love with our babies, however it was a very emotional goodbye to our surrogate. I will be thankful for the rest of my life for what this selfless lady has given us, our babies who are our whole world.”

Bane and Daya are now six years old and Kellie says they are full of life. 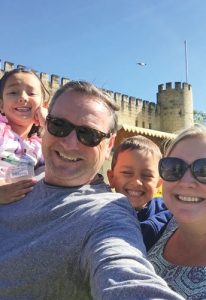 “Bane is one minute older and has a really gentle soul; he’s always happy. Daya is a lot more outgoing and she’s really funny. I’m proud of both of them,” she says.

Their time as a family hasn’t been all smooth-sailing, with Kellie facing many insensitive comments and questions about whether their children were actually hers due to the difference in their skin colour.

“If I could go back to change things so I could have my babies naturally, I wouldn’t. Bane and Daya were meant to be our babies. They know a little about their journey into this world, mostly that they were born in another country and and they were not in my tummy, but in another lady’s. We will teach them more about their story as they get old enough to understand.”

Kellie founded the Sunshine Coast Fertility Expo, which was held at Venue 114 in November, and has created a connected community around Long-Awaited Child, which is available from kellieharriden.com.

Continue Reading
You may also like...
Related Topics: Health, IVF

Is this Australia’s new normal?
No need to suffer in silence