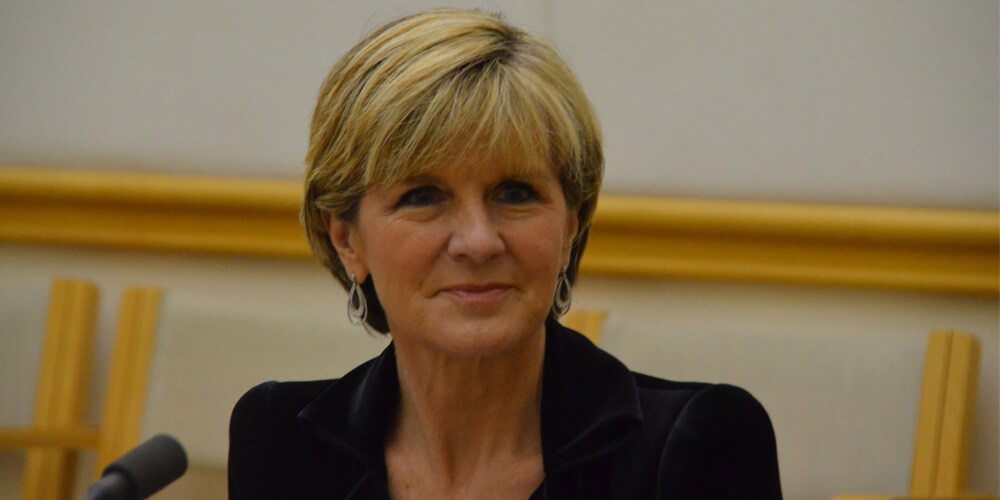 Julie Bishop explosively declared she would have beaten Bill Shorten in the May federal election if she had been made Liberal leader in the spill of August last year. Of course, the Libs had more drama and infighting than an episode of Married At First Sight and they continue to implode. But I think J-Bish would have more chance of winning the top job than our current prime minister. What is his name again? Forgive me for needing some prompting since we have had a revolving carousel of leaders. Oh yes, Scott Morrison.

Julie Bishop has always struck me as a pretty terrifying mother-in-law or female friend. With her immaculate razor sharp glares and those Carla Zampatti suits, she is not the sort of girlfriend you could invite over for a few cheeky glasses of riesling and a bitch about the husband-swapping on MAFS after you’ve swept all the junk under the couch. Nor can I imagine Julie at home slopping around in her flanno PJs while watching Dear John on Netflix and eating ice-cream directly out of the tub.

Julie Goodwin? I would love to be her buddy: she would bring self-saucing chocolate pudding and a bottle of Baileys. Natalie Bassingwaighte, Amanda Keller? Sign me up to be their gal pals any day. And I just know Jennifer Aniston and I would be instant besties and bond over organic T-shirts, ex-boyfriends and great hairstyles.

Everything about Jules sings class and control. Her hand towels would be a pigeon pair indeed. I have loved the former solicitor’s fashion moments in parliament.  Those red shoes when she stood down as the foreign minister. Those navy power suits and crisp white collared shirts scream: ‘Do not mess with me because I will kill you with one glare’. J-Bish is a bandit for pearls. Have you noticed she almost always wears pearl earrings and a single strand of pearls around her neck? The former deputy PM pulled out the big guns when she met Hugh Jackman: a double strand of pearls. She meant business.

I feel bad letting down the sisterhood by having a go at Julie, as I know the 62 year-old has been a trailblazer for women in politics in what is no doubt a world ruled by white middle aged men. The politician has been a staunch advocate of working women’s rights and has held her own in a jungle of a job.

And just when I thought I could pigeonhole her into being a no-nonsense barracuda, she was invited to Karl and Jasmine’s wedding in Mexico. I just find it hard to see Jules doing tequila shots and slices of lemon off the Stefanovic brother’s chests as part of the beach celebrations.  It goes to show I should not judge a book by its perfectly folded cover.

Ban the abuse
More to fear than momo