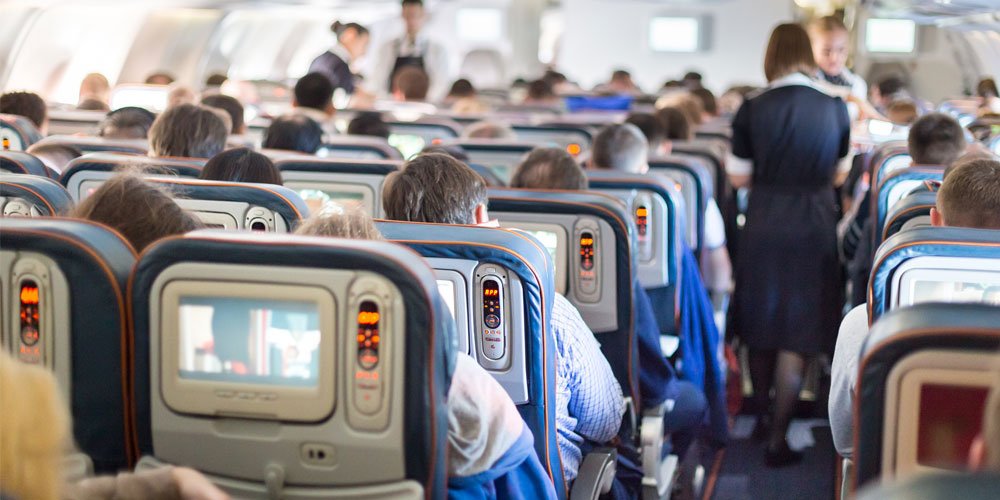 I remember a few years ago there was much to do about airlines banning passengers from wearing rubber thongs on planes.

I can think of a whole lot of other changes airlines could make to improve flights before they attack footwear. If they are so intent on victimising thong wearers they could ban them from exit aisle seats, which would increase my chances of getting one every time I fly.

What they could do to improve the comfort of passengers is start weighing them again and make sure they don’t put the big ones together as they often do (probably on purpose for a laugh). They could make passengers sign a declaration that they won’t put their seat back at feeding time and not at all on domestic flights, and if they won’t sign it, stick them down the back.

The form could have some other criteria on it, like asking if you want to have a conversation with a stranger. They could put the ‘yes’ ones together.

Another question could be ‘do you put both elbows on the arm rests and read a broadsheet newspaper?’ If so you will be sitting down the back with the ones that ticked no to the question ‘do you know when you had your last shower and do you know there is an invention called deodorant?’.

On another note, I suppose the daylight savings debate will start again due to the rush of real estate buyers from the south. Like any good Queenslander I have always been against it. It’s pretty obvious really, you know the fading curtains, confused cows. But maybe there is a solution?

Reverse daylight saving – put the clocks forward in the winter. It’s already dark when we get up, and that extra hour in the evening would be wonderful with the weather we normally have during the winter months. Of course all the other states would be out of sync but at least it would be consistent all year round.

The other positive is the cows would only be in the dark in the morning and because it’s a weaker winter sun the curtains won’t fade.

I love being a Queenslander. It’s just a pity I can’t wear thongs in business class, but I am usually in cattle class anyway.

Remembering Carla
Australians love to give