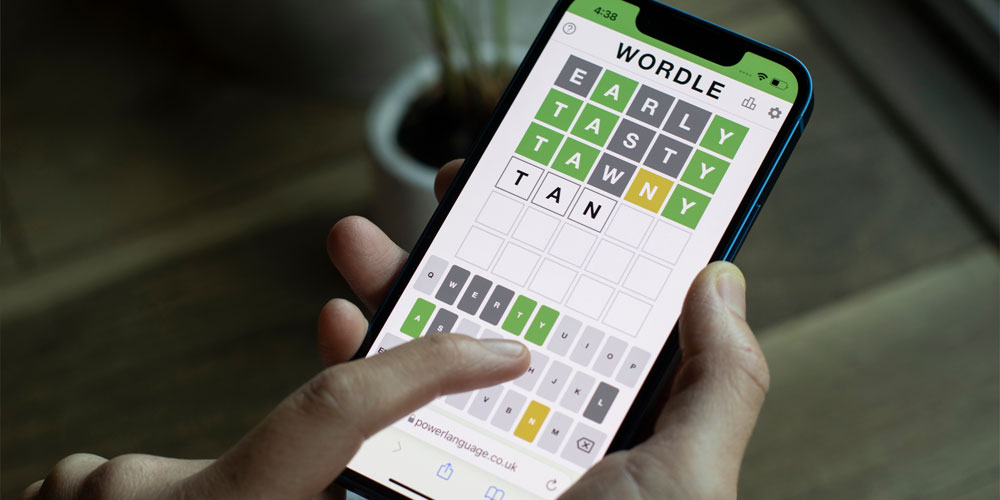 A new artistic installation in a garden on the USC Sippy Downs campus declares boldly: “Sometimes it’s the little things.” And at these times of uncertainty, it sure is.

A little thing might be spotting a summer fruit you love on the supermarket shelf, despite the supply chain issues. It might be a little message of love from your beloved, left in a location where he knows you will find it.

It is using the recipe your friend entrusted to you, even though it is her family’s creation. The driver who lets you in with a smile. The lizard sun-baking on your windowsill. The friend who was thinking of you and just wanted to say hello.

The little things: treasures, all.

And a little thing lighting up my life is an online game called Wordle.

The app, built by a software engineer in the US for his word-loving wife, has taken the world by storm these past weeks and it is breathtaking in its simplicity.

Players try to guess a five-letter word. After the first effort, they are told whether any of the letters are in the secret word and whether they are in the correct place.

You have six tries to get it right.

The best part of Wordle is that you can play only once a day: a single word is released at midnight New York time every day. Everyone all around the world gets the same word. And that’s it. It is undemanding, has no ads, and offers no repeat goes. One word is all you get.

It has become part of my morning routine: warm up the body with exercise and limber up the mind with Wordle.

It takes mere minutes of brain power but is a fabulous start to the day.

There is certainly daily joy in the little things, but from these, big things grow. In Wordle’s case, a global community has been built. It grew in the Petri dish of isolation for Josh Wardle, who made it up for him and his wife to play last year. Then he shared it with friends and family on their WhatsApp group. They loved it and he released it to the world in October.

On November 1, 90 people played it. Within a fortnight the Wordle world had a population of 250,000 people. The latest available figures are that more than three million people are now playing it every day.

Little things are so often the things that really count.