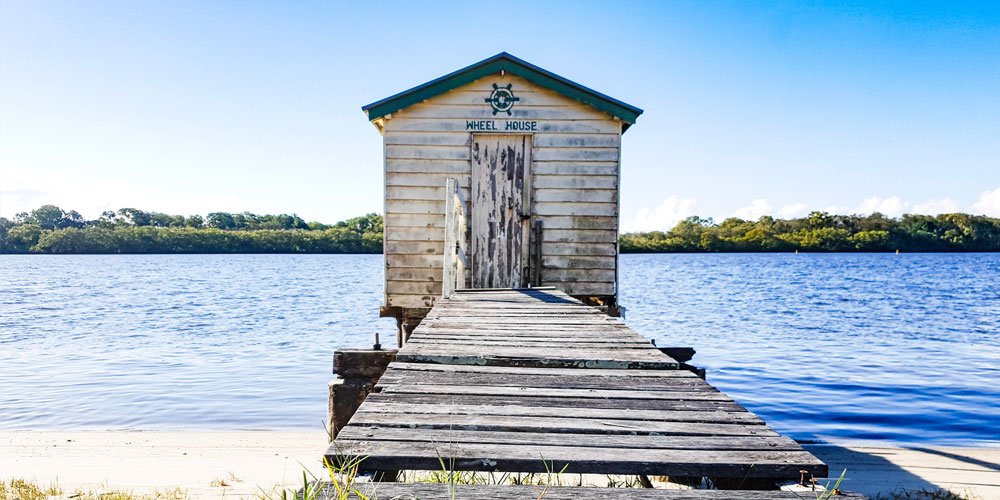 There is a fair bit of debate around the Coast about change, those evil developers and a lot of rhetoric on Facebook about the past, and it seems a lot of folk want to go back there. By coincidence I took a walk in the past last week and uncovered a few answers to things I didn’t even know I was asking.

I had to run an errand that brought me near Picnic Point on an absolute cracker of a day, so I decided to hang out where I used to in the ’60s. I parked near the boat ramp, which is about 500 metres from where my nanna’s house used to be and where I spent a fair bit of my childhood. I decided to walk to Chambers Island along the river and I started thinking about what those steps were like in the mid-1960s.

Back in the day there were concerns about putting the rock wall in. People were up in arms, even my Dad – but all he was really worried about was where he would tie up his boat as he used to just leave it in the river tied to a tree. So as the rock wall started and moved north he had to keep moving his boat to the next tree that wasn’t knocked down, which was a major inconvenience and change in routine (one he’d had since the early ’50s), but he managed and eventually years later he had to leave it on the trailer in the backyard.

I pondered this as I lumbered along, then I came to a cottonwood tree that had survived the last seven decades and was one of the last trees he used to tie his boat up to, and another memory came flooding back to me.

It was at this very tree in about 1967 that I was cleaning Dad’s boat after taking my Victorian cousin fishing and while I was doing that I had thrown a line in with a bit of mullet on it and caught a massive flathead. The cousin wanted to look at it and I reluctantly handed it over and he got a fright and dropped it in the water and it swam away. This is probably why I don’t like Victorians. Although I did tell him when he asked me could he eat green bananas that they were good for him so he probably did it on purpose as he had the runs and a pain in the stomach for days.

I plan to go back to that tree and see if it can unravel anything else for me. It is sort of nice that the past and the present can sometimes coexist. Just like Barcaldine, I have my own tree of knowledge.

Too much of a good thing
Holy hot chips