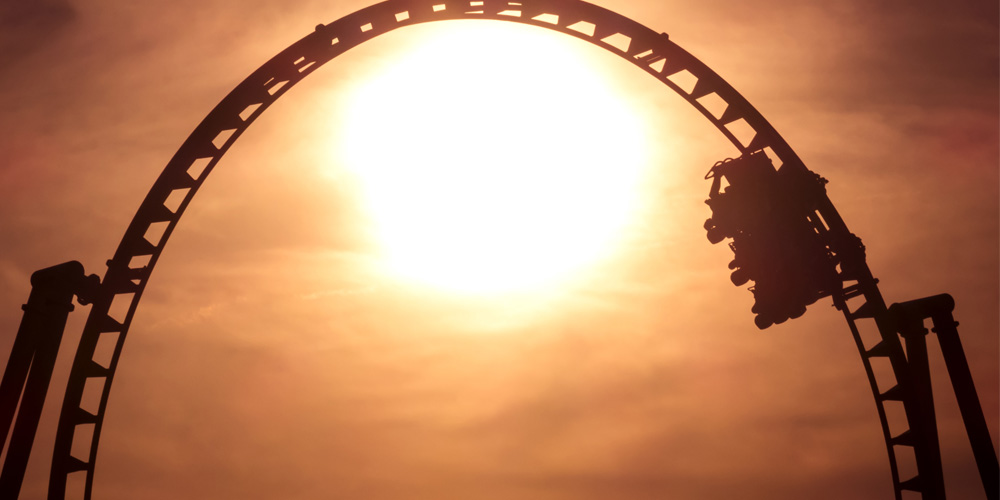 The French musician Edith Piaf once said she’d like to see one person – just one – who would own up to being a coward.

Well, it may have come more than 50 years too late for her, but I’m happy to admit I have been a coward, and not just once.

I don’t think it’s a massive admission of inadequacy and I’m sure many of us have deserved a white feather, or two.

But I do admire little acts of bravery. I see people perform them every day. I witnessed one close up when I took my two boys to the local amusement park.

My eight- and 10-year-olds have starkly different approaches to rides. The eldest loves going on the highest, fastest and scariest, while my youngest is more cautious.

I’ll tell you a story and you work out which one is the bravest.

All three of us agreed to go on the Redback – the most gut-churning challenge in the park. Picture the pirate ship ride accompanied by 360-degree turns.

We all talked the talk and walked the walk on the way to our seats, but when the harness pinned my youngest, he would not have a bar of it.

He was out of there, and being a good dad, I followed him to make sure he was all right (it was pointed out to me later I did leave my 10-year old to face it alone).

My eldest loved it and when it finished, we all explored the rest of the park.

But the Redback kept luring my eight-year-old to its web, and when it was his turn to pick the ride, he chose to confront his fear and have another go, while I observed from a bench in the shade.

He lasted a bit longer the second time, but he still bolted before it started. But as soon as his feet were back on solid ground, he lined up again.

The attendants were a bit wary by this stage, but he insisted, and they relented, sensing something significant was about to happen.

This time was different and his smile in the first moments of the ride was Luna Park-ish. But that grin turned to a grimace as the ride flew higher until he could bear it no more and called for it to be stopped – and to the park attendants’ credit, that’s exactly what they did and my youngest walked off without looking back.

He didn’t care what people thought, he was confident enough in himself to say I don’t want to do this any more.

That’s something I would never do. I would have suffered in silence – a cowardly silence, and I’m brave enough to admit it.

Having a real relationship
Stars in my eyes