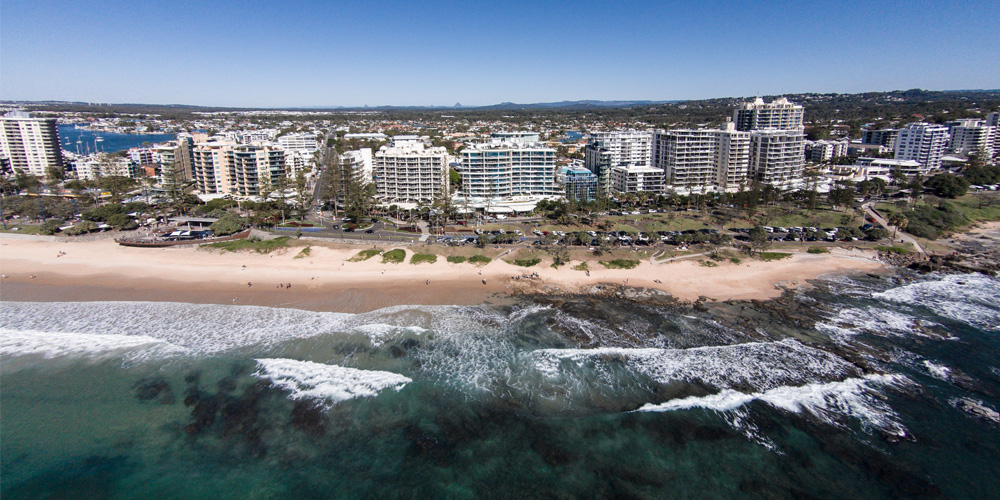 The Sunshine Coast has recorded another strong increase in international arrivals with 8.2 per cent growth to 294,000 in the year to September 2017.

Statistics released by Tourism Research Australia show Sunshine Coast international visitor growth (8.2 per cent) topped the Australian growth figure (7.1 per cent) and was higher than the overall state (three per cent) and destinations such as the Gold Coast (4.2 per cent), Brisbane (4.6 per cent) and tropical north Queensland (1.5 per cent).

However, a reduction in holiday travellers, shorter visits, and an increase in stays in unregulated premises meant that visitor expenditure on the Sunshine Coast wasn’t keeping pace with arrivals.

On the surface, the local tourism industry has a lot to celebrate, but the significant decline in expenditure and reduction in stays reflect an aspect of our industry that has been a major problem for some time, and getting more serious: the constraint caused by the lack of new five-star accommodation along the coast.

The last five-star hotel to be developed was the Hyatt Coolum, more than 30 years ago. Its closure has had a major negative effect on the Sunshine Coast’s ability to attract high-level leisure and conference business.

That premium sector of the market is now being courted by destinations up and down the east coast because they can offer outstanding new accommodation and conference venues.

The redeveloped airport will open in 2020, and has the potential to change the face of Sunshine Coast tourism for decades to come.

That leaves just two years to get major new accommodation infrastructure developed, so it’s imperative there is positive action taken to expedite these projects.

The Gold Coast, Cairns and Brisbane all have a comprehensive range of new upscale hotels in the pipeline.

Unless there is a more positive and collegiate attitude to new development on the Sunshine Coast, the huge investment opportunities will pass us by and it is uncertain whether they will come back again for quite some time.

No one is saying that there should be development at any cost. Any hotel development must be sympathetic to the local environment, and we have been encouraged by some pioneering environmental and community components that have been included in the resort proposals.

We urge people to consider the bigger community picture if we are going to continue fuelling economic and jobs growth, while building the Sunshine Coast’s reputation as a leader in sustainable and appropriate tourism development.

Simon Latchford is the CEO of Visit Sunshine Coast. For more information about the region, and what is happening, go to visitsunshinecoast.com.

Simon Latchford is the CEO of Visit Sunshine Coast. For more information about the region, and what is happening, visit visitsunshinecoast.com.

The special ones
Life lessons on the big screen